Take your heart, or so goes Persona 5‘s variation of its ‘Take Your Time’ tagline. It’s extremely apt, too, considering how the game managed to charm many with an affable, eclectic cast of characters, masterful storytelling, and unique, well-executed in-game mechanics.

Joker, as the protagonist, certainly enjoyed much popularity. Endearing fans to his suave, calm personality, enthusiasm levels naturally hit the roof when he was recently announced to be in the roster of Super Smash Bros Ultimate as a paid DLC character, which served as the best way to end off 2018.

Going into the new year, he and his merry band of Phantom Thieves are set to return to the limelight. Atlus, the team behind the wildly popular series, has officially dropped news of Persona 5 R, through a teaser announcement…about an announcement. Secrecy reigns and nothing is being given away, although the team promises that more information will be revealed sometime in March 2019. 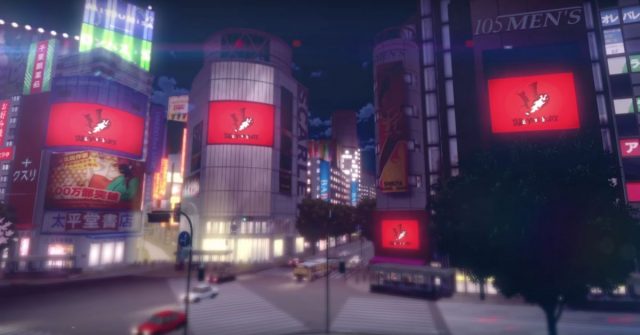 The Japanese-only video showcases the familiar terrains of Tokyo’s Shibuya district – an extremely major venue in the game – as screens are lit up with the Persona 5 logo, alongside the message “New Projects” and “2019.3”. Some may also have observed that the exact words of Persona 5 R are missing from the teaser, but the official website of the P5R.jp name does indicate that the letter will be present in the upcoming title. An English translation of the Japanese voiceover can be viewed below, courtesy of kind commenter Gekkoi!:

I hope you are well, this is Joker. As the year ends, the voices speaking out awating our next move grow louder. However, we are closing the curtain for this year (2018). March 2019 – we look forward to seeing you again, ladies and gentlemen. Until then, you’ll just have to wait. Happy new year.

Mystery gives rise to curiosity, however, and fans have taken it upon themselves to generate speculations and theories about the game. While many believe Persona 5 R to be an enhanced release of the original, others suspect it to be a spin-off instead, slated for launch on both the PS4 (as confirmed by the teaser) and the Switch. As for the nature of the title, it seems like the popular guesses have narrowed it down to either the fighting genre a la Persona 4 Arena – where the ‘R’ stands for ‘rumble’ – or the music, rhythm-based category like Persona 5: Dancing in Starlight (‘R’ for ‘rhythm’, obviously).

I'm proud to announce the real P5R to you all:

In a show of tongue-in-cheek wittiness, a Ryuji fan account has applied some Photoshop magic to Persona 5‘s cover art, jokingly suggesting that Persona 5 R is a Ryuji-centred title, with the letter referring to his name. Ryuji is the ultimate bro, though, so in the very unlikely chance that he gets his very own spin-off tale, it’d actually be pretty cool.