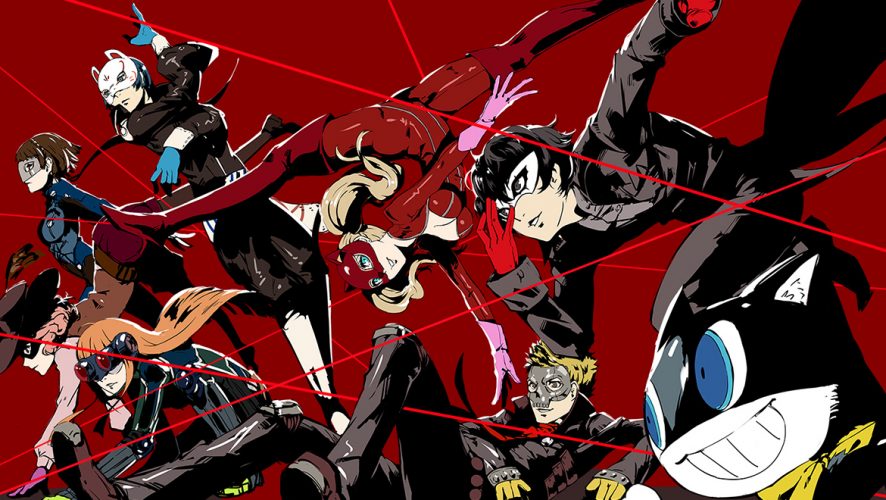 In Persona 5, the latest game in the long running Shin Megami Tensei spinoff series, you play as a group of teenagers tasked with searching out and destroying all sorts of evil throughout Tokyo. All this while dealing with the usual teenage angst and various character relationships that the previous Persona games have featured. Come on. This is a Japanese role playing game after all.

However, there are enough tweaks that make Persona 5 feel fresh but still very familiar (which is not a bad thing!).

If you have played any of the other main-series Persona games, you will know exactly what you are getting yourself into. Persona 5 sees you controlling a group of high school students that battle various demons, including your own inner ones using supernatural abilities. Yep, they are your Personas. These are manifestations of each character’s hidden psyche and can be switched on the fly at anytime, along with being fused with other Personas, to make more powerful ones. 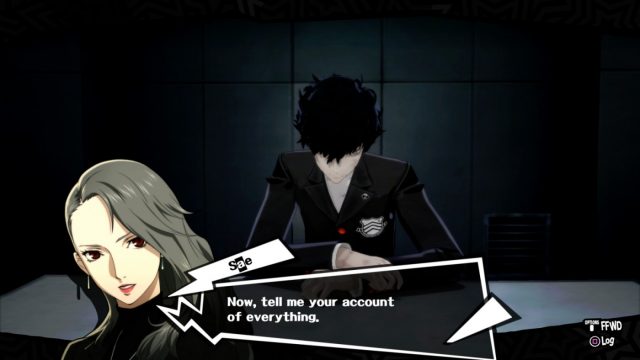 Balancing the day-to-day commitments of teenage life while ridding Japan of evil makes for a busy schedule, and that time management is actually part of what makes Persona 5 so interesting.

On a given day, you are usually given two blocks of time to fill: the after-school block and the evening block. Whatever you decide, you’re necessarily setting aside your other options for another day. Choose to go to your job, or pick the batting range after school and you won’t have time to visit any of your friends. Spend the evening reading or making items, and you’ll miss out on the chance to be interviewed by a local crime reporter. And if you spend the day dungeon-crawling and demon-fighting, you’ll be too tired in the evening to do anything but sleep. Hence what I said before – you won’t see everything in this game!

With each passing day, the games calendar moves forward, pushing you closer to the conclusion. You have two hundred days so don’t waste them! The game starts out with you, a second year student, arriving in the city under the watchful eye of a local cafe owner. It’s not long before things go bad. A not so good encounter with an abusive coach lands you in an alternate version of the high school, along with your newly awoken Persona. This is basically the game’s first dungeon. As you progress, each dungeon you visit is vastly different to the previous one, as they are products of the creator’s twisted mind. This is absolutely fantastic.

In most games where dungeon crawling is involved, it’s usually the same drab looking location each time but not here. The variety on offer is outstanding. I’m not going to go into anymore story details here, as it would be a disservice to everybody who is going to play. Discover it for yourself.

These wonderful locations are littered with demonic creatures for you to battle and the combat is so, so good! For a start, it’s turn-based. Yes, we know what you’re thinking. Turn-based combat is a thing of the past, and all the other big franchises have gone with the real time combat route. Well, Persona 5 shows you how turn-based combat should be done. It builds upon what was already an amazing system in the previous Persona games, to make fighting something of a tactical and rewarding experience.

In your arsenal are the usual fire, ice, lightning, wind, light, and dark attacks, and with Persona 5 you get the added nuclear and psychic abilities. As you add more characters to your group, each one brings their own Persona which also has its own abilities. This allows for some amazing roster lineups, with some crazy abilities spread out between everybody. Characters can even be switched out in mid-battle if need be and this adds another level of strategy to the battles, and allows you to use your full roster rather than being stuck with your currently selected group while in battle.

Another big bonus is that any and every character not in your party can still level up, so nobody will get left behind. 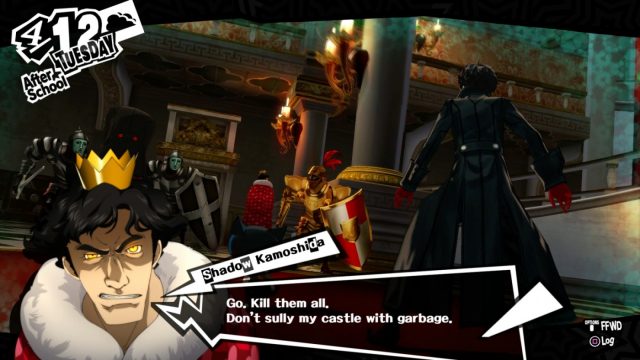 The are many nuances to the battle system, such as discovering the enemy’s weaknesses, and how best to punish them with that knowledge. You need to manage your health and SP during battle too, and you can even decide what to do with the demons once you’ve knocked them down. It is a robust system that is easy to pick up, but will take a while to truly master as you uncover more aspects to what you can and can’t do in combat.

Once you hit the second dungeon, a nightmarish take on the Tokyo subway system opens up, and this is where side missions and character relationships progress (or not!). It is also a great area to gather items and yes…grind. While you don’t need to do any of the side missions, certain relationships won’t progress unless you do. Grinding is always worthwhile as it’s better to be overpowered that under-powered. However, all this takes time, and you are on the clock in this game! 200 days, remember?

When you are not neck deep in demons, you’ll have to act like any other high school student. That means hanging out with your friends, studying, getting a part-time job or honing your various skills. This is where the game turns into a life-simulation of sorts. All the choices you make in the ‘real’ world has a direct effect on the story, and the abilities you take into battle. You can easily end the day early, and hop off to bed but that would be a waste. It’s all about maximising each day to its full potential. 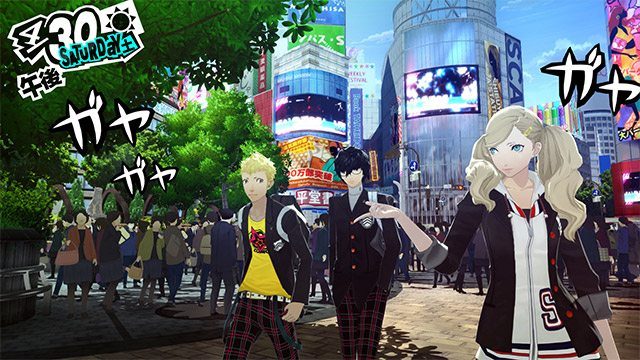 You should forget about trying to see everything from the start, as it will just turn you insane. Fit what your characters need into each day, and don’t waste a single minute doing something else that has no positive effect on them. The balance between the social aspects and the battling is what makes Persona 5 so fun and rewarding.

Another amazing thing is the presentation, and Atlus nailed it here. Let’s start with the music. Longtime series composer Shoji Meguro has created a wonderful score with pop, jazz and hip-hop infused themes that bring the entire game to life. It’s a classic score that is easily up there as one of the greats. The voice acting is also fantastic… if you download the Japanese voice pack (it’s free) that is, as the English dub just doesn’t match the characters. This brings us to the games art style. Again, one word. Fantastic. The anime style artwork is gorgeous throughout but the best is saved for the animated cut scenes. These are top-notch animated scenes, and in many cases much better than any actual anime series. Tokyo itself is vibrant and full of life, with each individual neighborhood having its own distinct personality. Some places make great date spots, while others are ideal for bringing your friends. The city streets are crowded, while the beaches and parks nearby offer a more laid-back environment. All these locations are again brought to life by the glorious art. Bravo. 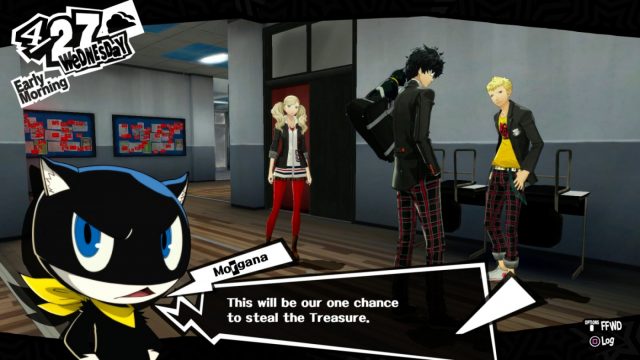 Atlus has spent the last decade trying to make the Persona franchise more prominent for a western audience, and Persona 5, without a doubt, will be the game that finally does that. It stays true to the series roots but is also easily accessible to first timers. With the game clocking in around a hundred hours, it might not even feel like enough time has been given to see and do everything. But hey! There is always the New Game Plus for that.

Persona 5 is something very special after the huge disappointment of Final Fantasy XV, and even if you are not a JRPG fan, you should definitely give it a try.