After releasing a trailer for Persona 5: The Royal not long ago, Atlus is back.

And this time it is a mysterious website teasing “1 more information” that will be released on April 25th.

Not much else seems to be featured on the site but inquisitive fans have dug around and have found a calling card hidden in the website’s source code.

According to Gematsu, the calling card reads:

We will show you a new Phantom Thieves that will turn the world’s cognition on its head.

We are energized by voices that seek satisfaction.

Once again, we will take your heart at the Ryougoku Kokugikan.

—From the Phantom Thieves.”

As it turns out, April 25 is the second day of Persona Super Live P-Sound Street 2019: Welcome to No. Q Theater!.

As several big announcements were made during the last Persona concert in 2017, such as the Persona 3: Dancing Moon Night, Persona 5: Dancing Star Night, and Persona Q2, fans are expecting the upcoming concerts to host release several new announcements as well.

It is highly likely P5S will be one of those announcements. 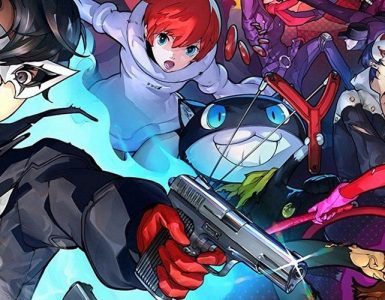 A pseudo-sequel in everything but name.