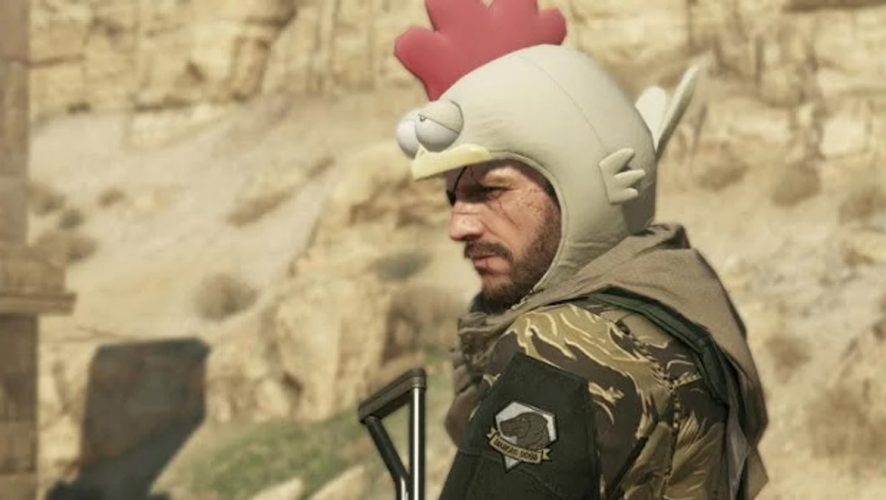 A Retrospective of Crazy in Metal Gear Solid

But the unique mix of Kojima-crazy is what makes its story so utterly endearing and such a treat.

And with the epic conclusion of Big Boss’s story almost at hand, we thought to celebrate that crazy.

Since there is so much Kojima kookiness, I’ve decided to pick one moment from each MGS game to craft my 5 Greatest “WTF” moments from the series.

Obviously, spoilers ahead, so play the games (all 500+ hours of it), and then come back to this list. It’ll be worth it – trust me.

Psycho Mantis breaks the 4th wall and reads your mind

This one is a doozy.

So there you are in a boss battle with Psycho Mantis and he evades your every move. Shoot and he immediately ducks away; punch and he dodges them gracefully. Pressing the first person button also makes you see the view from Psycho Mantis’ eyes. It’s almost like he’s reading your mind…

To defeat him, you had to listen to Colonel Campbell (another 4th wall shattering moment) and plug in your controller into controller port number 2.

But what happened before the fight takes the cake.

In his fight preamble, he shows off his psychokinesis and telepathy by chastising your in-game performance, before getting weirder and calling you out on the other Konami games you played.

By name. Yeap, through the magic of reading the saved games on your PS1 memory card.

It was as big a “WTF” moment now, as it was back in the day, and one that I hope will forever remain timeless.

In the second game, at the end of the introductory Tanker episode, you come face-to-face your old foe – Revolver Ocelot, and surprise, surprise, he has both his limbs by his side.

Which was odd, because he had his right arm chopped off by Grey Fox in the first game.

And like any self-respecting antagonist looking for a spare arm, he replaced it with that of Liquid Snake’s – his old, but also dead, boss.

Clearly, he’s never heard of how one’s spirit always resides in one’s arm and Liquid’s arm acted as a conduit to channel his will and take control of Ocelot’s body and mind.

So for the rest of the series (save for the last ditch explanation at the end of MGS4 – the tl;dr version is that **SPOILER ALERT** he was faking it), Liquid Ocelot was “born” and he continued exacting his plan from the first game.

The End dies of old age, after a week

Solid Snake engaged in a very memorable snipe-off with Sniper Wolf in the first game, so it seems only appropriate that his predecessor, Naked Snake, had his own sniping showdown against the very best, aptly named The End.

Fortunately for Snake, he was also very old.

Now I’m a pretty decent gamer with some modest skills, but The End sure gave me a run for my money.  After continuously getting out-sniped by an old geezer in the forest, I couldn’t take it anymore, and I had to walk away from it for a while.

After about a week or so, I jumped back into it, fully expecting to bring my A-game.

Turns out, there was no game to ace, because The End was already dead.

Apparently, while waiting for me to return, the poor sod passed away in the middle of the battle.

What he discovers is that the voice is actually part of the programme in a nuke-bearing walking mech.

What’s crazier is the fact that near at the end of the game, it (she?) gains sentience thanks to the ghost of The Boss’s persona in its programming, and proceeds to walk into the ocean to commit suicide and prevent an all-out nuclear war.

And the world is saved, courtesy of another sacrifice by The Boss. This ridiculous, yet emotional plot point turned out to be yet another nail in the coffin for Big Boss to turn into the man we know today.

It was not a stretch to say that Raiden is the one of the most controversial protagonists ever introduced, not just in any Metal Gear Solid titles, but gaming in general.

Fans were left divided over playing this whiny, white haired pretty boy for majority of the campaign in MGS 2: Sons of Liberty. Some liked the surprise and his fresh pair of legs, which was a far cry from the gruff manliness of Solid Snake, while others baulked at how he’s just a poor man’s Solid Snake.

Regardless, no one could argue how badass his introduction was in the 2006 E3 extended trailer of MGS4. It’s…nah, how about I just show it to you?

If you picked up your jaw off the floor, you would have noticed that Raiden is now a cyborg ninja who did a stylish breakdance move to rip those Gekkos to shreds.

And just like that, Kojima masterfully succeeded in silencing his critics with one fell swoop of Raiden’s Katana blade.

Since its introduction in the first Metal Gear, it has since skyrocketed in popularity as the icon of the series, so much so that the 25th Anniversary logo featured it prominently.

Initially designed as a quick navigational item between different parts of the Shadow Moses facility in MGS1, it embodies all of the quirkiness and kookiness that the series is known for.

And now, as we send the series off with Kojima’s masterpiece, there is no fitting way to celebrate the zaniness than to release an ad for it, with cardboard boxes.

It’s in Japanese, but I think the lack of subtitles only adds to the experience. And I’m sure you agree.

Here’s to you, Kojima. Keep the crazy coming.