A Knives Out Sequel Is Officially In The Works

Knives Out, Rian Johnson’s critically acclaimed murder mystery is officially getting a sequel.

The news came via Lionsgate CEO Jon Feltheimer during the company’s third-quarter earnings call where he announced that the sequel to Knives Out is officially a go. He also hinted that production for the film will be starting real soon, alongside John Wick 4.

A release date for the sequel was not specified though Feltheimer did state that Lionsgate’s “2022 slate will be one of our most exciting ever”.

Feltheimer also noted that Knives Out is well on its way to earning US$300 million at the worldwide box office so it is no surprise that a sequel was greenlit this quickly. Aside from its huge box office earnings, the film has also gone on to receive multiple award nominations with Johnson receiving an Oscar nomination in the Best Original Screenplay category.

John had also told The Hollywood Reporter in January this year that he was very eager to expand upon the universe built in the first film. Daniel Craig has also expressed his interest in returning for a sequel.

Knives Out starred Daniel Craig as Benoit Blanc, a private detective hired to investigate the mysterious death of Harlan Thrombey. He is joined by other big names such as Jamie Lee Curtis, Chris Evans, Christopher Plummer, Toni Collette, and Ana de Armas. 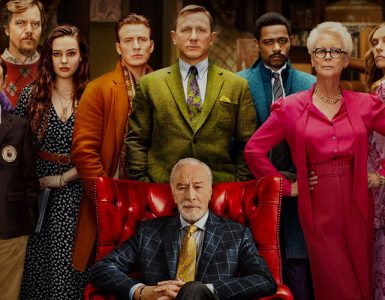 Back on the case.