Jonathan Demme’s The Silence of the Lambs from 1991 etched itself into the annals of cinema history mainly with Anthony Hopkins’ spine-chilling performances as Dr. Hannibal Lecter (not to mention that iconic straightjacket + muzzle combo!), as well as Jodie Foster’s stoic yet heroic FBI trainee Clarice Starling.

However, it would be an insult not to mention Ted Levine in the same breath as the other two, as he hammered the film home with his terrifying performance as serial killer Jame Gumb/Buffalo Bill. And now you can own the iconic house that he lived in.

The house at 8 Circle St., Perryopolis, Pennsylvania is now up for sale, and is listed at a starting price of US$298,500.

Despite the horrific (but fictional) history this three-story home has, it actually is quite the idyllic and picturesque home. Located alongside the Youghiogheny River, it features hardwood floors, woodwork, light fixtures, pocket doors, fireplaces and wallpaper “in pristine condition”, this home really quite breathtaking on the outside and inside — perfect to actually live in or serve as an Airbnb place.

However, don’t expect to see the dungeon with the well as seen in the film — those elements were built in a studio. Regardless, to share the same space as the filmmakers who made the 1991 classic will no doubt appeal to hardcore cinephiles.

america Hannibal Lecter Movie Props The Silence of the Lambs US 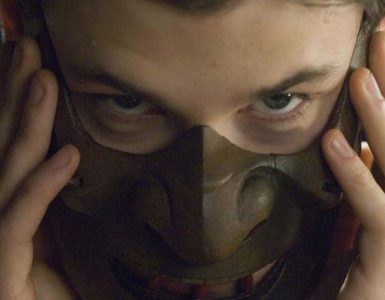 Just weeks before he debuts Midnight Man in the upcoming Marvel series.