Not many can lay claim to the honour of being the highest-grossing film, let alone one that smashed box office sales and surpassed Studio Ghibli’s Spirited Away during an ongoing pandemic. After enjoying a massively successful run in Japan and selected parts of the world, Demon Slayer – Kimetsu no Yaiba the Movie: Infinity Train will be heading full steam ahead for the North American audience in early 2021, as announced in a new English dub trailer.

Funimation and Aniplex of America are set to screen the animated movie with both subtitles and English dub in theatres on the above date. It picks up from where the anime’s first season left off, with the series’ four young demon slayers Tanjiro Kamado, Nezuko Kamado, Zenitsu Agatsuma, and Inosuke Hashibira going onboard the Infinity Train to look for Flame Pillar Rengoku Kyojuro in hopes of gaining more information on a unique fire technique that seems to be only known and taught within the Kamado family. Of course, things quickly go south, and the group soon find themselves against a formidable demon…or two.

The dubbed movie will feature the voices of the original cast, including Zack Aguilar as Tanjiro, Abby Trott as Nezuko, Aleks Le as Zenitsu, Bryce Papenbrook as Inosuke, and Mark Whitten as Rengoku. Those who wish to catch the film in its raw Japanese form can also do so as well, for the subbed version is arriving at the same time as its dubbed counterpart.

Demon Slayer: Kimetsu no Yaiba, which ended its manga run in 2020, received an anime premiere in April 2019. The final episode was aired in September 2019, and a sequel – set after the events of the movie – is currently in the works. 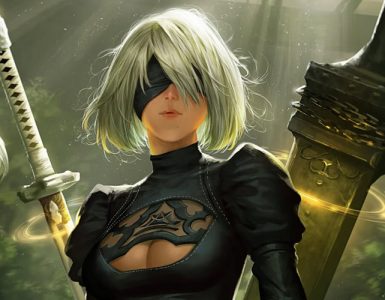 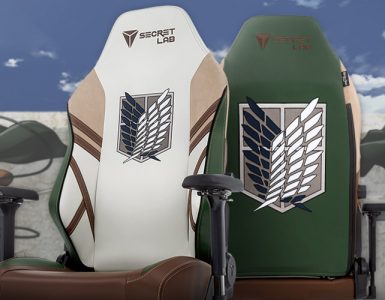 Dedicate Your Heart To The Secretlab Attack on Titan Edition Chair

Humanity's hope takes on a different form in this Secretlab-Funimation collaboration.