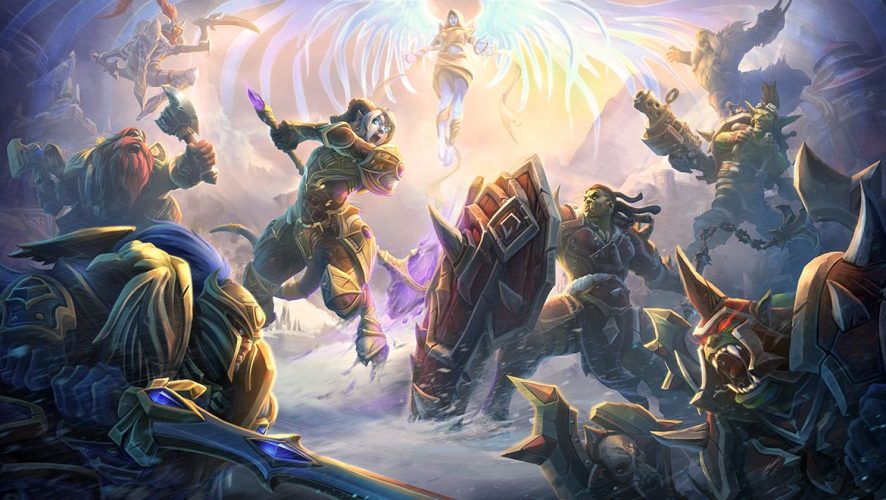 The good thing about owning several popular IPs is the freedom to adapt crossover content, as Blizzard has demonstrated by bringing over characters from their existing titles into Heroes of the Storm (HotS). In the past three years or so, the five-versus-five MOBA has seen the recent welcoming of Overwatch’s Genji and D.Va, among others, alongside Diablo’s Valla, Starcraft II’s Nova, World of Warcraft’s (WoW) Arthas, and the like.

Now, the team’s most iconic game is making its way into the Nexus yet again. Hot on the heels of WoW’s 13th-year anniversary, two inspired additions will be joining the HotS universe, with new changes to boot. 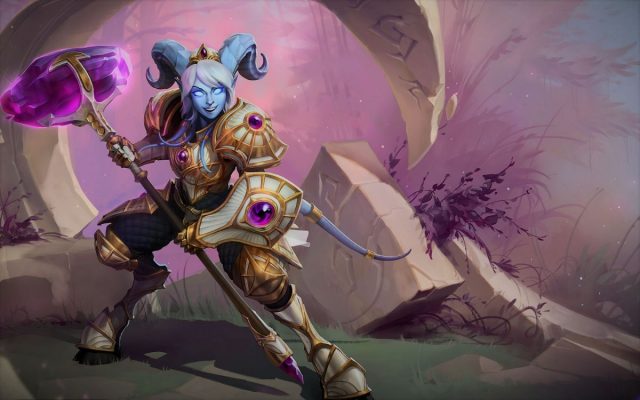 Titled Echoes of Alterac, the event unveils Warcraft hero, Yrel, the Light of Hope, as the latest member of the roster. A melee warrior, her strengths lie in tanking, crowd control, and high sustainability, but is vulnerable to highly mobile enemies, and enemy crowd control. Coupled with the ability to charge up her Basic Abilities, Yrel is a viable choice for those who prefer brawn over speed – just remember to press the respective keys once to start charging an ability, then press them again to unleash it for maximum damage.

Naturally, the high power comes with a trade-off. Yrel is able to hold a charge indefinitely at the cost of reduced speed, which is only applicable to one ability at a time. The process can be interrupted, however, by means of Stun and Silence effects. 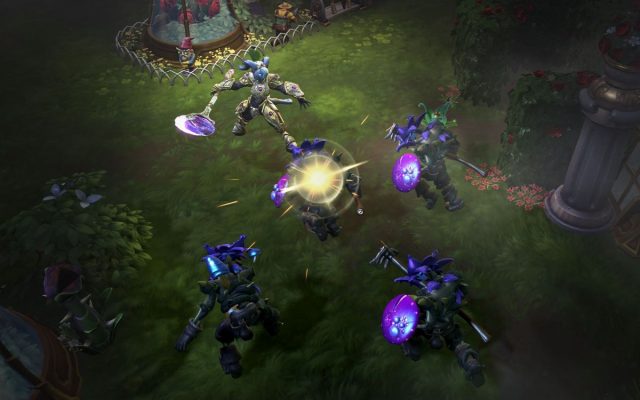 Her trait, Divine Purpose, is useful in the sense that its activation requires zero mana cost, and helps to instantly charge Yrel’s next Basic Ability, which can be one of the following:

Accompanying the trio would be two Heroic Abilities, Ardent Defender and Sacred Ground. Where the latter sees Yrel surrounded in a barrier for three seconds, absorbing all damage taken and healing her for 50% of the damage received, the latter grants the Draenei Paladin 40 Armour until she leaves the grounds of sanctification. 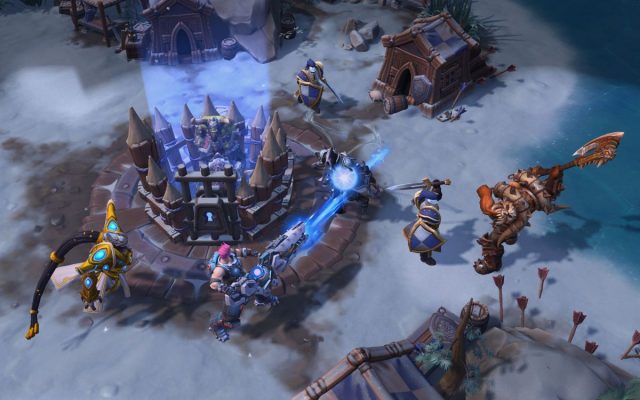 Building on the game crossover is the implementation of a brand-new battleground Alterac Pass, borne from WoW’s Alterac Valley map. Taking on a snow-covered, three-lane design, it introduces a never-before-seen mechanic in the form of Calvary units, with a system that operates rather similarly to Capture the Flag. Essentially, that means players will have to break their imprisoned Calvary out of a cage while preventing the opposing team from doing so, after which the one who manages to successfully hold the enemy cage for a set timer is declared the victor. 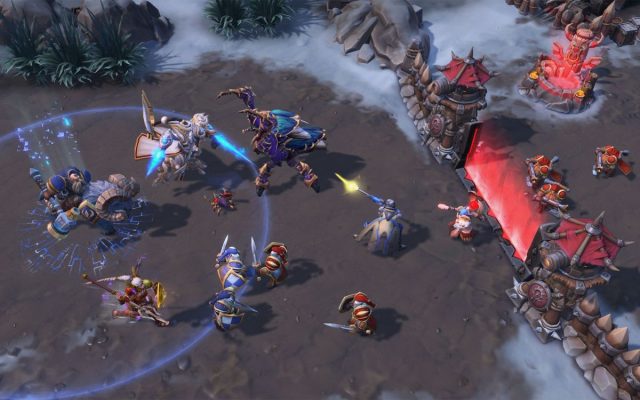 To up the ante, both sides are required to attack and defend simultaneously, with the added challenge of having enemy heroes and AI guards attempting to recapture their point. Completing the objective yields the winning party three nifty Calvary spawns – one for each lane – that grants damage and movement boost to nearby allies. Alone, they may not be exceptionally effective, but the seasoned player should know that power comes with teamwork. 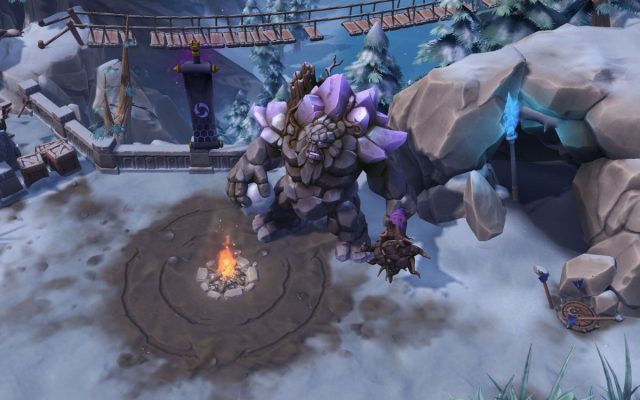 Other features of Alterac Pass include being a Double Boss map, where Mountain Giant bosses serve as a Warcraft variant of the Nexus Grave Golem Boss; the replacing of standard cores with Generals, who will fight back when attacked and can be assaulted after one keep is destroyed; and the spawning of Reaver minions instead of catapults on the opponent’s side. For a dose of nostalgia, the familiar tunes of its Warcraft counterpart will be brought over as well.

Topping off the whole celebration is the aforementioned Echoes of Alterac event, where players have to pick a side. In true Warcraft fashion, they can declare their allegiance to the Horde or the Alliance, and unlock their faction’s themed rewards by completing the following quests:

With the chance to obtain more themed skins, mounts, sprays, and the like via Echoes of Alterac loot chests and three event-exclusive bundles, the Nexus sure is shaping up to be a Warcraft party! And if the RNG gods decide to go against you? There’s always the option to craft the items with Shards.

Happy anniversary, Heroes! ? Together, we have made these past three years an incredible experience. ?

Outside of the WoW event, the game’s three-year anniversary will be held concurrently as well, and players have up till June 11, 2018 to claim their rewards. 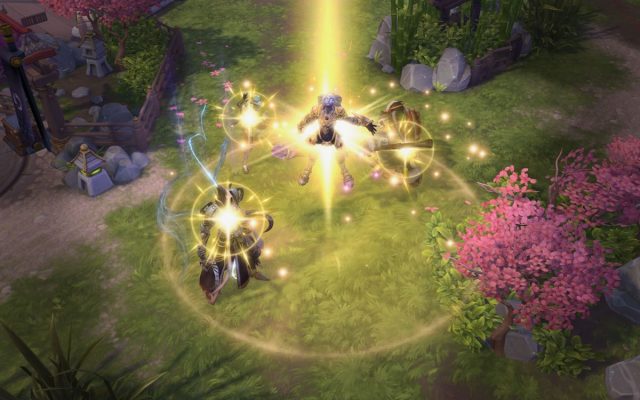 It’s certainly respectable that the HotS team has been diligently working on improving it, and their latest venture is proof of such efforts. The new game mechanics that come with the introduction of Yrel and Alterac Pass would be a refreshing change from the norm, but ultimately insufficient to save the game – more so for the competitive side of things. Since its release, reception towards casual play is comparably more positive than negative, and interestingly, where it falters is also where its strengths are, such as watered-down gameplay and a large hero pool. 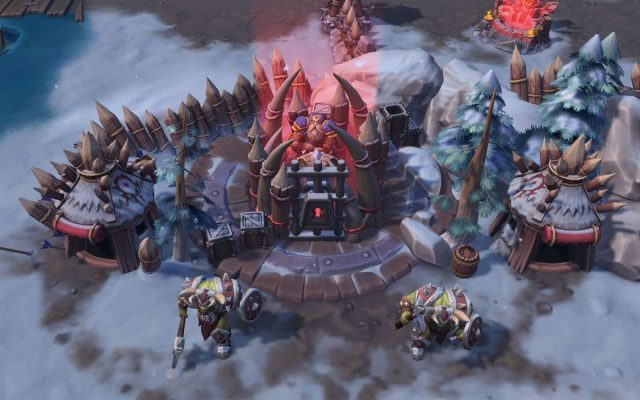 Admittedly, HotS is not a bad title, but there’s just that something lacking that makes it feel less immersive and interesting than its rivals. Perhaps it’s the slower pace of gameplay, the in-game lane design, or the inconsistent levels of difficulty; whatever the case is, it has some ways to go before catching up to the giants of the MOBA genre. The event is a small step in the right direction, but ultimately more of a consolation than a lifesaver move – don’t let the words dissuade you from playing, however.