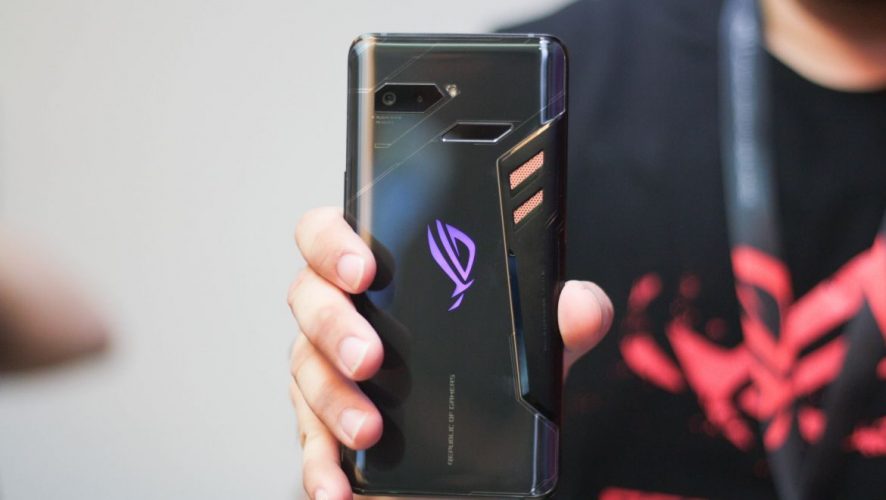 Razer has one, and so does Xiaomi, and now, Taiwanese PC maker Asus has unveiled its version of a souped-up gaming phone designed for the demanding needs of mobile gamers, the ROG (Republic of Gamers) Phone.

What sets it apart from Razer and Xiaomi is that Asus has an existing mobile phone division, so it is not starting from scratch, unlike Razer. Asus also has a reputable PC gaming division, unlike Xiaomi. 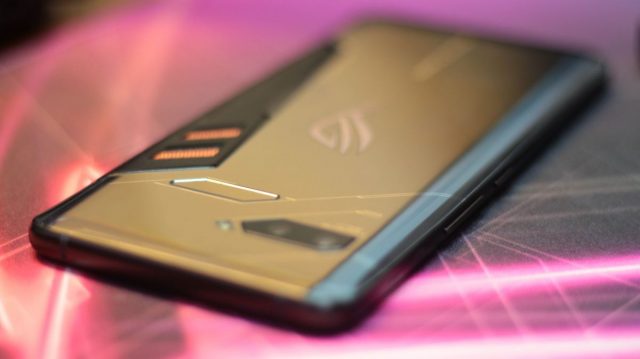 Taking on a similar naming convention as the Razer Phone, ROG’s latest mini member sports the iconic grey-red-black splash of the company’s gaming colour, with a six-inch AMOLED display and 8GM RAM. 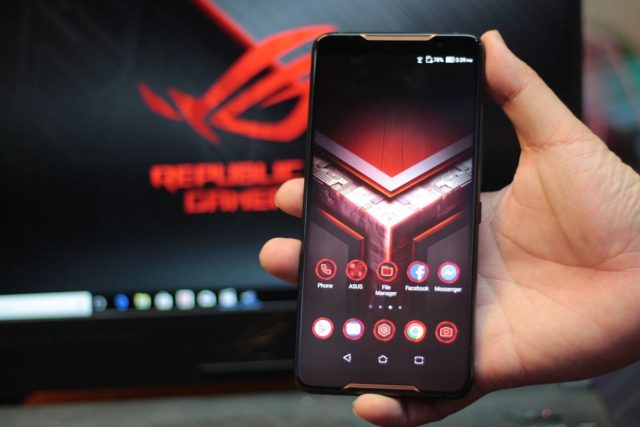 Under the hood, it certainly boasts impressive specs, running on the latest Snapdragon 845 chipset with a Speed-Binned Kryo CPU, which promises to deliver smooth, buttery performance. In terms of refresh rate, it loses out to the Razer Phone, measuring 90Hz in comparison to 144Hz, but it makes up for it in the form of speed, clocking in a remarkable one-millisecond response time, as well as a brighter AMOLED screen over Razer’s IPS one. 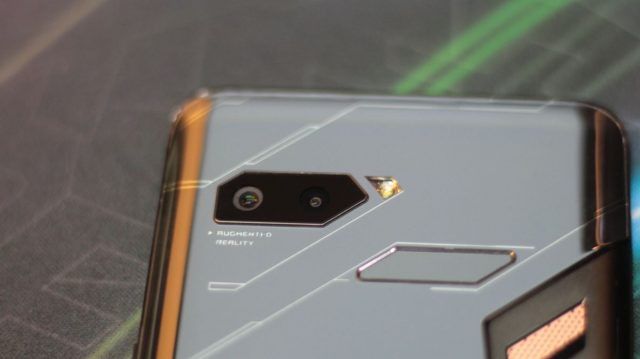 Camera wise, the module on the ROG Phone is the same one used on the ZenFone 5, namely a dual main camera with a 12MP Sony IMX363 image sensor with an f/1.8 aperture, and a second, 120 degree wide-angle lens.

Some nifty gaming features have naturally been implemented into the ROG Phone to further enhance the gameplay experience of users. For the resident FPS player, there’s the addition of ultra-responsive air triggers, which can be mapped to on-screen actions and buttons, along with optimal tracking accuracy.

The introduction of an advanced vibration motor means gamers are granted a more immersive experience, though the feature may not be everyone’s cup of tea. What would be, however, is the constant HDR effect – borne from a dedicated card in the phone which helps to scale SDR to HDR format.

It’s also VR ready and the company is currently getting the device IP certified, for water resistance.

A well-warranted concern about gaming devices is their tendency to overheat, due to the sheer processing power needed to operate. ASUS has rightly taken this into consideration by implementing 3D-vapour chamber cooling technology, and providing an Aeroactive cooler with each purchase of the ROG Phone for an extra cooling boost, the former of which greatly brings down the temperature of the mobile device by 40 percent. 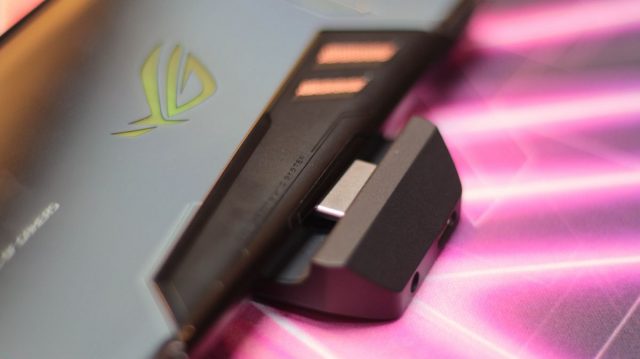 One of the other issues of on-the-go gaming is the battery life. ROG’s newest addition operates on a 6,000mAh battery, which supposedly can last for seven hours of gameplay, and 40 hours of WiFi music and livestream. It’s also able to support landscape charging – a feature that’s unique to the phone, and especially handy for mobile gaming. 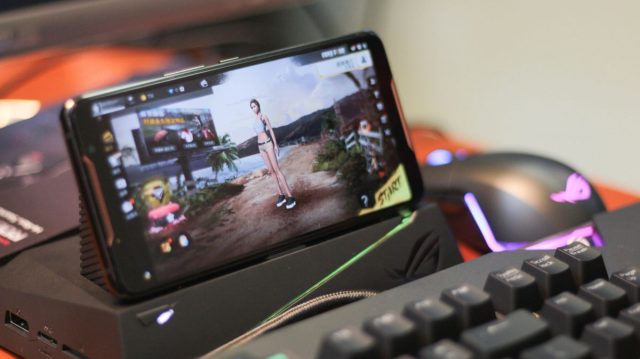 To cater to different type of gaming audiences, the ROG Phone comes with three accessories: a mobile desktop dock, a Twinview dock that allows a second screen for extending game display, and the Nintendo Switch-esque one which boasts low-latency television streaming. 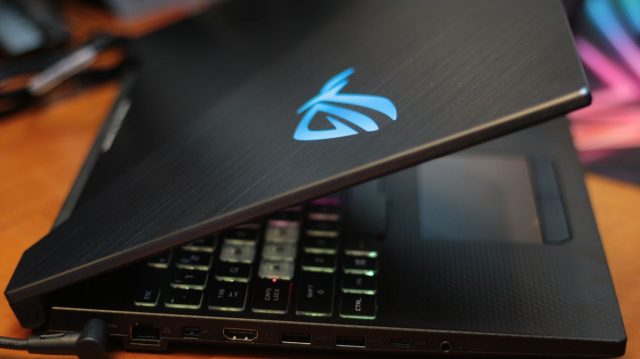 The ROG Phone may be the star of the reveal, but ASUS has more in store for the gaming enthusiasts. Building upon their past designs for the ROG Hero and SCAR Strix – in which the former is MOBA-oriented, and the latter FPS-based ­– the team is unveiling a new refresh for both models, with several changes in tow.

As per their predecessors, the new iterations sport the company’s signature trapezoid cut lid, alongside two contrasting brushed finish each. Unlike the current models, the Strix II series are 2.33cm narrower, with a RGB lighting bar adorning the front of the base, and a desktop-inspired keyboard to boot. On the outside, the duo is also decked out in identical bodies, where the only evident difference is in the highlighted arrangement of the keyboard.

To allow for rapid key pushing, it’s built with the ASUS-exclusive Overstroke technology, which reduces the effort needed to press the key caps down. 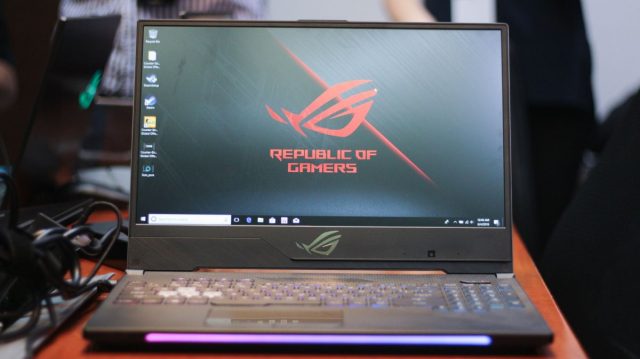 In a first for the gaming laptop market, the laptops are equipped with a whooping combination of 144Hz refresh rate and a three-second millisecond response time; prior to this, users were only entitled to either of the two.

Under the hood lies a Core-i7 CPU with 8th Gen Coffee Lake chipset, as well as a NVIDIA GTX 1070 graphics card – all packaged with a 512GB SSD, with the optional choice of a 1TB SSHD. The cooling system for both models has been upgraded as well, boasting an anti-dust feature, reduced fan noise, and more fan blades for better cooling performance. 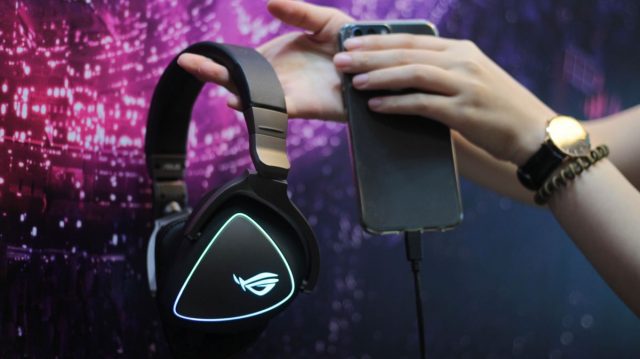 The last reveal of the night is the ROG Delta Gaming Headset that comes with the nifty element of full compatibility with PC, mobile, console and the Switch. At 127db, its sound system is unprecedented, exceeding the average range of 110-115db, which means clearer and more detailed audio for users. 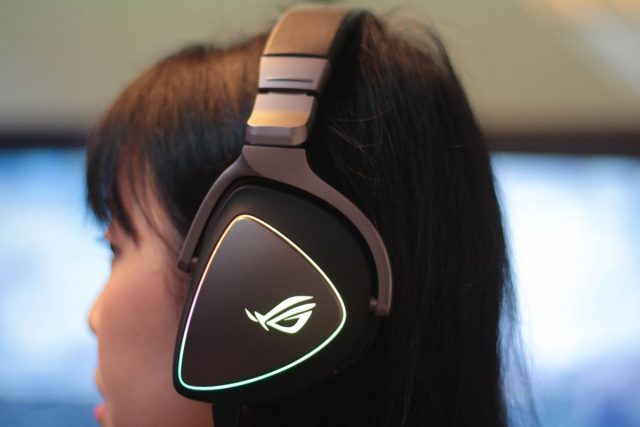 Keeping up the RGB lighting trend sees the Delta headset being armed with a unique RGB light effect at the earcups, but those who prefer its original, simple design can switch it off via a notch at the back.

While the Strix series refresh and new headphones are not unwelcome, it’s the launch of the ROG Phone that’s set to shift the attention of the gaming community. The Razer Phone and Xiaomi’s Black Shark have already left a benchmark for future models to come, and it remains to be seen if ROG’s first venture can meet or surpass these standards – but the logic to venture beyond just laptops and peripherals to cover all grounds is undeniably sound.