When it comes to gaming, there has always been a wide breadth of experiences that players can enjoy, and for PLAION and Japanese developer Toylogic, their latest offering of Warlander, a free-to-play, third-person, online multiplayer warfare game set in a medieval fantasy world might just find a sweet spot among the modern gaming crowd.

Positioned as a mashup of battle royale, MOBAs, and hack and slash action genres, Warlander is not entirely new, but it does bring some fresh ideas into the mix. Our hands-on time with the developers yielded an entertaining time, one that showed plenty of promise as the march towards an open beta on Steam draws near.

Amidst the talk of the various classes of warriors, clerics, and mages, as well as a Valor system for progression, our preview threw us into a Two Army Battle Mode for up to 40 players. Armies are broken down further into squads, and each is tasked with specific objectives that can be determined by the chosen Commander in each battle.

Each class brings with it a host of equipment and ability options, with some making you a better fighter, while others focus on defence and base building to ward off attackers. The key in Warlander is to take down the enemy’s core found inside their keep, with progress made in the form of capturing towers, eliminating other players, and building siege weapons.

Naturally, teamwork is going to be key here, as the intense combat against other players requires more tact and skill than just button mashing. Mastering the timing of lunging attacks and healing spells ensures that you’ll do better than someone rushing into the fray, and even against numbers greater than yours, there is always a fighting chance with the right skills.

For those that like the strategic side of things, volunteer as either the leaders of your squad, or the Commander of the entire army. The latter can dictate objectives using the in-game map, and have an overview of the tides of battle, where smart calls and concentrated attacks can lead to victory in Warlander.

Of course, it wouldn’t be that fun if it was always standard soldiers entering battle. Every positive action you take in a game earns you valor points, which can then be used to summon higher-tier, titled characters. Nothing comes quite as close to the satisfaction of turning the tides as late-game juggernauts push back against opposing foes, with the tradeoff being an extended cooldown if you perish. And did we mention robots? Cataclysm events can also provide much-needed help, with our time seeing a giant robot take to the field and wreaking havoc.

Whether in victory or defeat in Warlander, you will be levelling up the characters that have taken part in the match, paving the way for better titles that allow for a wider variety of power and customization options. Having the foresight to create decks of various archetypes and tier levels will be vital, so you will always have options to choose from throughout a match. It should also make players happy to know that competitive progression is limited to in-game progress, with monetisation only coming in for cosmetics.

Obviously, there is still work to be done on Warlander, with performance issues rearing their ugly head during our preview, but that’s understandable. Between that and the various tweaks the team will be making to the overall systems, mechanics, and balancing of the game, it should allow Warlander to find its feet amongst the competition, especially with its focus on strategy and tactics, and being accessible to all.

Be sure to check out the open beta for Warlander starting on 12 September via Steam, with the game set to make the transition to the current generation of consoles at a later date. 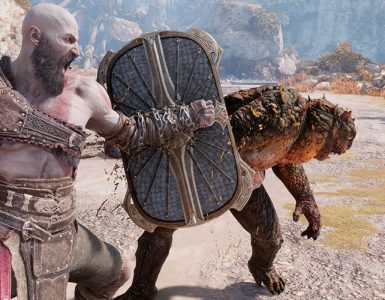 Geek Preview: ‘God of War Ragnarok’ Embarks On Divine Journey Towards Game Of The Year

Kratos and Atreus are aiming for the top of the mountain with godly fervour.