This weekend, witness some of the most skilled FIFA 19 Ultimate Team ranked players go head-to-head for a prize pool of US$100,000 at the PGL FUT Champions Cup, to be held this weekend at [email protected] Singapore, from March 8 – 10. 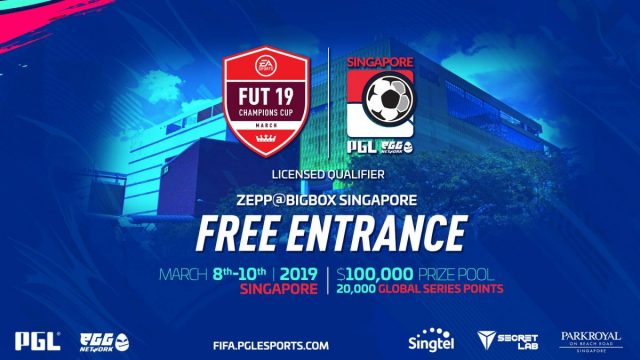 The PGL FUT Champions Cup is organised in partnership with Esports and gaming entertainment network eGG Network, which is part of the EA Sports FIFA 19 Global Series as a build-up to the 2019 FIFA eWorld Cup.

The skill level among the contenders going into this competition is not to be snuffed at, especially when you consider that one of them – Fenrir a.k.a Luqman Haziq from Malaysia – has FIFA eWorld Cup 2018 credentials to his name.

Of course, his competition aren’t pushovers as well, when you consider the likes of 17-year-old maestro from the UK, F2Tekkz (Donovan Hunt), who has claimed three FUT Champions Cups already, as well as the champion from last year’s FIFA eWorld Cup, Saudi Arabia’s Rogue MSdossary (Mosaad Aldossary), among others.

The competitors will not only be in it for the prize money, but also a pool of 20,000 Global Series Points, which will enable them to qualify for the 2019 edition of the FIFA eWorld Cup later this year, should they rack up enough points. There will be a total of 64 contenders, with 32 of each on the Xbox One and PlayStation 4 consoles respectively. 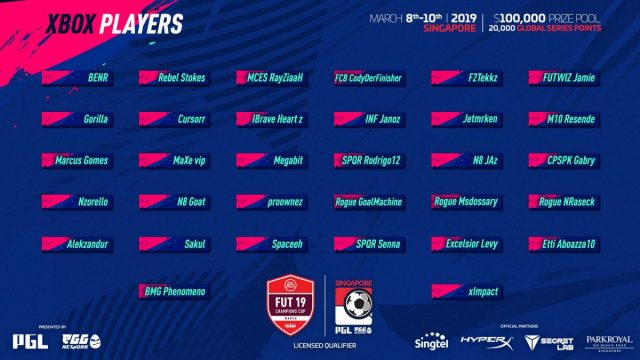 First place for each category will win a top prize of US$50,000 as well as 1,500 Global Series Points – a huge boost for their bid to qualify for the 2019 FIFA eWorld Cup. Moreover, there will be a grand final to be duked out between the winners of both the Xbox One and PlayStation 4 categories. 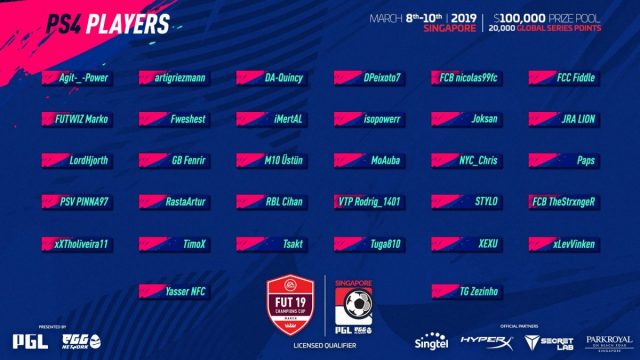 If you have some time this weekend, you can head on down to [email protected] Singapore to watch. Entrance is free to all spectators, and the doors to the event each day will open at 11am.