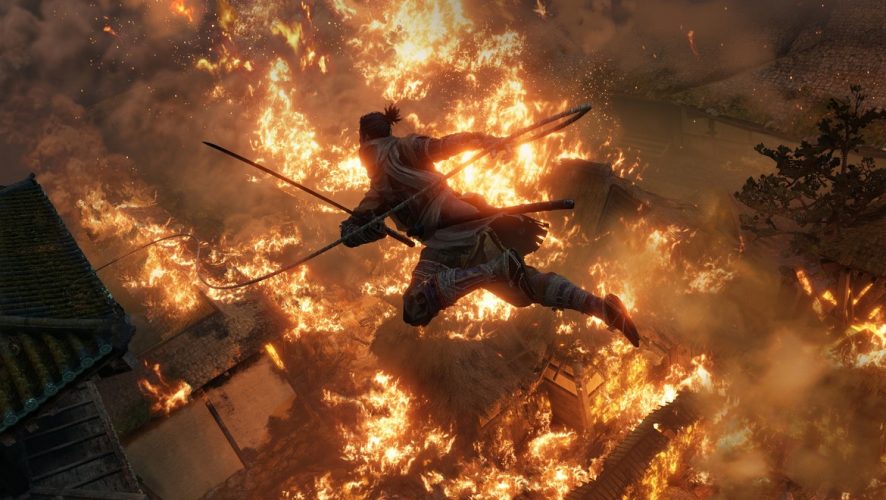 The Esctasy Of Death In Sekiro: Shadows Die Twice

From killer gameplay to killer consoles, there is an almost insurmountable amount of hype building up for FromSoftware’s upcoming Sekiro: Shadows Die Twice. And by and large, it is absolutely justified. 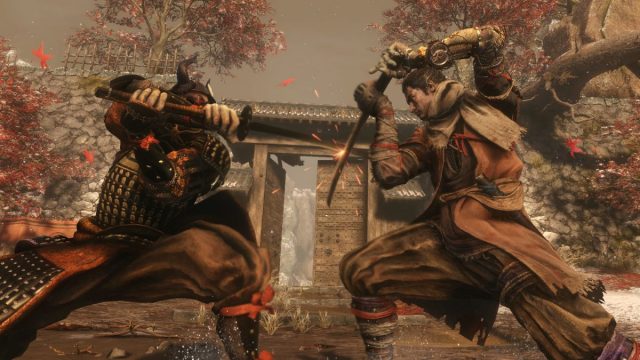 Having recovered sufficiently from my duel with the Corrupted Monk during my first taste of Sekiro: Shadows Die Twice, the PlayStation team graciously offered another chance to experience more of that brand of sweet FromSoftware gameplay at a private press showcase.

In the beginning, we got an extended look at the origins of the lone wolf, our main protagonist, and how he comes to wield the Shinobi prosthetic. Unlike many of FromSoftware’s past games, there is a clearer narrative thread that is less obscure, but nevertheless, fascinating to dive into.

The cultural influences are plain to see, and any fans of feudal Japan will already have much to love about Sekiro. 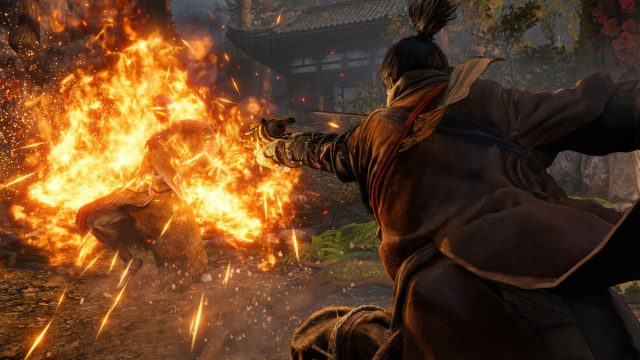 Taking the first baby steps into this new world, Sekiro evokes a sense of familiarity tinged with a dangerous learning curve. Even the most basic of foes can cut you down in an instant, which is a given for this genre, but Sekiro has improved upon that formula with the removal of stamina in lieu of the posture system.

Rather than having you stay passive in hopes of an opening, Sekiro: Shadows Die Twice is geared towards pushing you into action and creating openings by breaking your opponent’s guard. Instant kills are always a joy to behold while whittling down both mini-bosses and bosses’ lives are oh so satisfying. 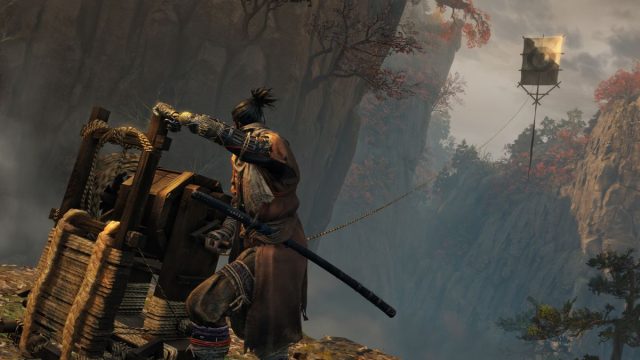 Yet, death in Sekiro: Shadows Die Twice is but a constant companion. Consider it a toll for learning the ins and outs of your enemy, or blame it on hubris for attracting too much attention.

Strangely, I felt less frustration than ever even as a giant samurai cut me down repeatedly. Perhaps it had to do with feeling like I was learning and getting better with each duel, without necessarily having the cumbersome movement to blame, which is apparent in other titles. Death became a motivation, and in turn, a joy as I slowly gained mastery over the denizens of this ancient castle. 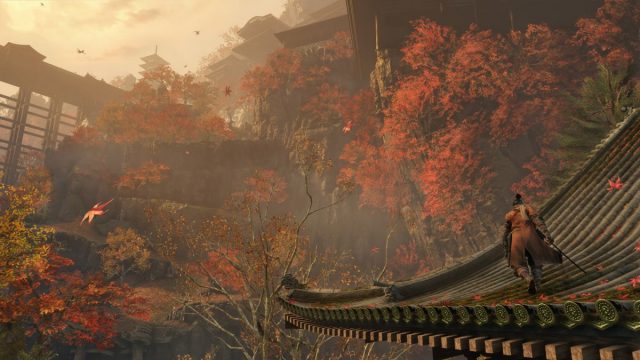 Expect a variety of periodical enemies as well as more imposing monsters that will haunt your dreams – never will I look at a horse riding samurai the same way ever again, after being impaled countless times. 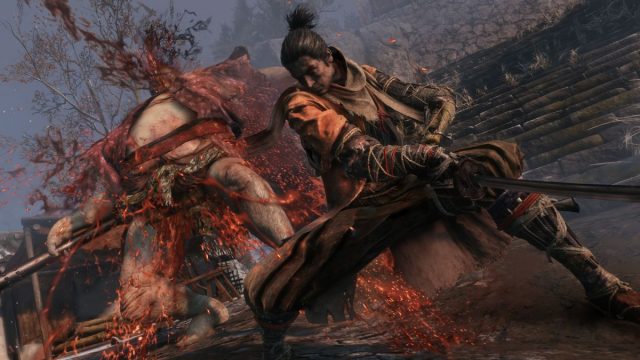 The one-armed wolf gets some upgrades as well, in addition to the various prosthetics shown off thus far (and more to find), there are skills to learn and stats to upgrade. It all tied neatly into the much larger world that is available for exploration, discovering secrets and hidden paths, including well-hidden bosses that hint at the lore of this time period.

There is also a glimpse of the content that awaits down the road for Sekiro: Shadows Die Twice, where the chance to kit out our shinobi with various skills and upgrades was presented. The ability to disappear in a cloud of bloody smoke after a stealth kill, or starting combat off with a heavy slice and stunning opponents, are just some of the options waiting for creative uses. 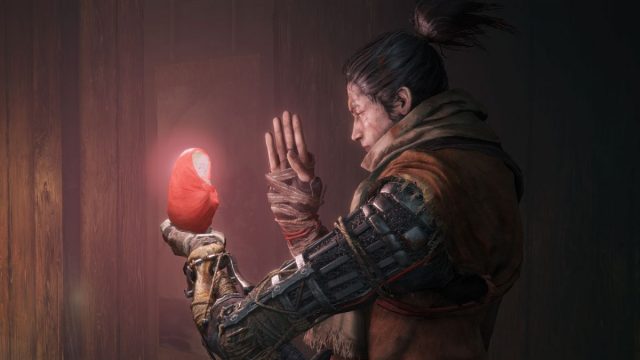 Suffice to say, the difficulty and craft required only increased as you progress, and some of the enemies are downright brutal, so prepare to die a lot.

Even with some awesome manoeuvrability and increased damage using skills, Sekiro still requires you to respect your opponent quite unlike anything I have experienced before. It is evident that FromSoftware has once again honed their craft to yet another level. 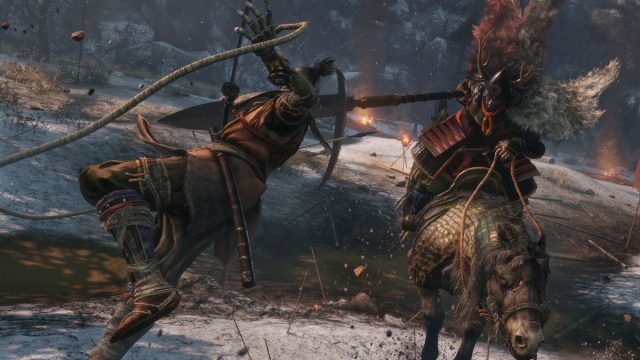 Everything looking gorgeous, with plenty of locations to explore, plus a combat system that is intricate, balanced, and utterly impressive. Sekiro: Shadows Die Twice looks set to be yet another triumph in this genre. FromSoftware are masters of their craft, and I am ready to sacrifice myself to bloodthirsty learning come March 22. 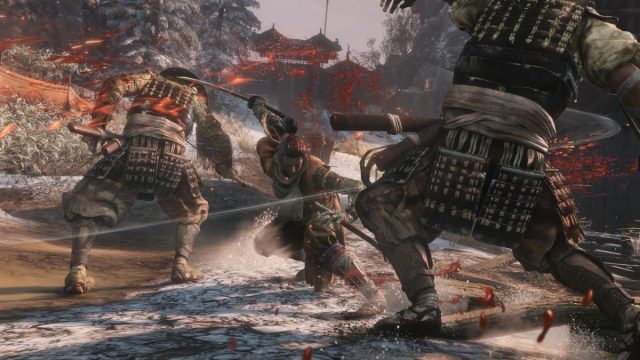