This holiday season, gamers across the globe will most likely be busting out their savings to get their hands on the Xbox Series X. From what we’ve learnt so far, the new console generation is shaping up to be its most visually-striking yet, with technology that gives next-gen games a touch of realism that is essentially akin to that of real life.

But if you want to get the best out of those visuals on your Xbox Series X, then you might want to save up a little more cash (and space) for a new 8K TV. Let’s face it — 4K, despite being only recently becoming more mainstream in recent years, still won’t cut it if one is trying to maximise the breathtaking graphical capabilities of Microsoft’s new gaming machine, which is capable of putting out 8K footage.

With that in mind, we have you covered for the next console generation. Though there are not many 8K TVs out there currently, given that the market is still relatively new, some of the industry heavyweights such as Samsung, and Sony have already made the transition to the 8K field.

And, naturally, being the state-of-the-art tech, these TVs won’t come cheap, but that said, getting one of these bad boys will be quite the investment for years to come. And by rule of thumb, bigger is almost always better in this case.

This 60-inch TV by Sharp may be the smallest (and by smallest, we actually mean still pretty freaking huge) in screen size, but it’s still a worthwhile pickup for those looking to maximise the visual quality of their Xbox Series X games. Packing an 8K LCD panel with HDR picture quality, this TV is more than enough in putting your old one to shame with superb image fidelity and colour in your games.

The Korean tech giant has been making giant steps forward in the 8K market with its Q950TS QLED range. Boasting a near-invisible bezel, this TV is not just powerful, but also really elegant (and also a space-saver in that regard). Also, this range comes with its signature 8K AI upscaling, which means your games that don’t inherently support 8K are just straight up made 8K-worthy. The 65-inch variant, the most affordable (wink) of the series has all of those features, and doesn’t cost nearly as much as its larger brethren. What’s not to love?

In a twist of fate, Xbox Series X users can also benefit from the rival company that’s also heralding the next console generation. Talk about collaboration. The 85-inch Z9G Master Series 8K Smart TV is more than enough to possibly last the Xbox Series X’s entire product lifespan. With eye-popping 8K HDR, upscaling technology thanks to 8K X-Reality Pro, and with an extended dynamic range, the picture out of this TV will be so good it will make Johnny Silverhand’s jaw drop before he can even finish saying “breathtaking”.. Also, it’s just nice to get if you’ve a stickler for brand consistency across your tech products.

Bigger is always better in the TV market, and Sharp’s 80-inch bigger brother to the first entry on our list deserves a mention here simply because it’s four times the price for a larger screen size. But we say it’s worth it, if you want to be able to take in all the vistas in the likes of Halo Infinity and Fable IV.

Rounding off this list is one that will knock your socks (and probably part of your life savings) off. Samsung’s Q900R QLED 8K Smart TV is undoubtedly the cream of the crop here not just in price, but more importantly in terms of tech. Despite its size, you won’t be able to see a single pixel on this beast of a TV. All 33 million pixels in its 98-inch panel scream detail, the colours of which are boosted to breathtaking levels of clarity by Quantum HDR 4000. 8K AI upscaling is pretty much a norm for a Samsung 8K TV, which is always great.

Its Ultra Viewing Angle allows you to see the picture from any angle as clearly as you would from the front, which is always great if you need to stray away from the couch for a bit to grab a bite or a drink. And finally, its QLED Intelligent Mode adjusts brightness and volume accordingly to match the TV’s environment, allowing you to play your games without fear of waking up the kids or the spouse. 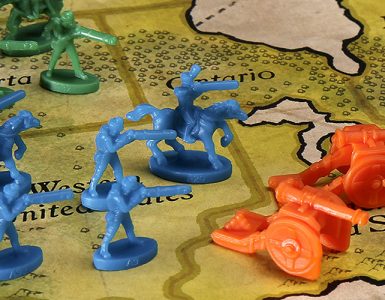 Top 8 Tabletop Games That Will Ruin Your Friendships