Ever since the gameplay reveal of Naughty Dog’s The Last of Us Part II was revealed at their media event last week, the hype for the sequel to 2013 masterpiece has soared through the roof. Many talented fans have dedicated their time to honouring the exploits of Ellie and Joel through their art, and it doesn’t seem as if the outpouring of love is about to stop any time soon.

One fan, in particular, caught the Internet’s attention with his superb rendition of Ellie and Joel as LEGO minifigures on ArtStation.

Adam Middleton described how he was inspired by the images of the game’s dynamic duo in the most recent trailer shown at last week’s PlayStation State of Play. He used a combination of painting and generating the textures of the Minifigs, as well as creating additional elements such as grass and dirt before transplanting his draft onto Modo, a 3D modelling software.

And the result is simply flawless.

LEGO absolutely needs to notice Middleton’s work, and put it on their LEGO Ideas incubator. We’re confident that diehard fans of The Last of Us franchise, and avid collectors alike, will no doubt back this idea within a heartbeat. 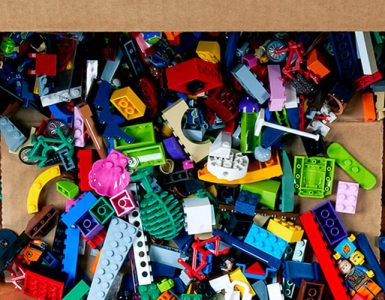