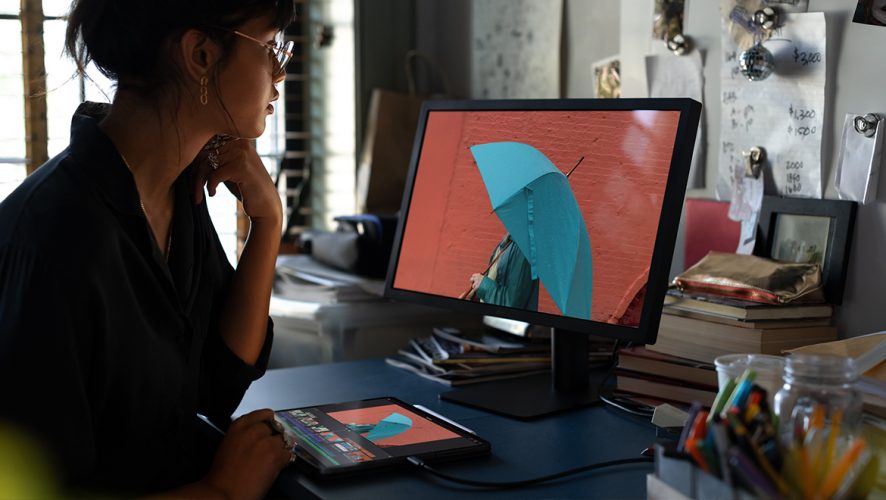 Bigger is not necessarily better — this holds true especially for our tech devices. We’re not exactly looking for clunky behemoths when we’ve to lug our notebooks around all day, or when we’re attempting to fit our phones into our pockets, or when we’re picking out that perfect desktop that’ll fit into our tiny, space-scarce work stations. These days, we tend towards things more… compact. And the brand that quite heartily epitomises the whole minimalist aesthetic is, you’ve guessed it, Apple.

If you’re a fan of Apple — or maybe you’re on the fence and considering switching systems — then you may find their new releases persuasive threats to the sanctity of your wallets: the new Mac mini, MacBook Air and iPad Pro.

Small is powerful. The new Mac mini claims to perform five times faster than its previous generation, with quad- and 6-core 8th-generation Intel Core processors, Turbo Boost Speeds up to 4.6GHz and Intel UHD graphics. Equipped with up to 64GB of 2666 MHz memory, and an all-flash storage of up to 2TB, it’ll power through your most intensive tasks for all you content creators out there.

And if you’re going to be transferring large volumes of data — as most content creators do — you’ll be happy to know it’ll also come with four Thunderbolt 3 ports. That’s double the ports its previous iteration sports. That aside, it’ll also boast a HDMI 2.0 port, two USB-A ports, an audio jack and Gigabit Ethernet. It’s the first time we’ll be seeing a 10Gb Ethernet option on the Mac mini, which will surely be a welcome addition, for all your video-uploading or live-streaming needs.

Outfitted with the macOS® Mojave like all new Macs, you’ll be getting nifty new tricks on your operating system like Dark Mode — that’s said to transform your desktop based on your content — and Group FaceTime support. Your data will be in good hands with Apple’s T2 Security Chip. And you’ll be happy to know that Apple’s making a concerted effort on the environmental front too, as the Mac mini touts a hundred percent recycled aluminium enclosure and other recycled plastic parts, which lay claims to reducing its carbon footprint by nearly fifty percent.

One of the most compact and versatile notebooks on the market, the MacBook Air now brings with it a 13.3-inch Retina display. Boasting an 8th generation Intel Core i5 processor, Intel UHD Graphics and 2133 MHz system memory up to 16GB, the MacBook Air will let you work seamlessly on the go.

The physical experience of working on the new MacBook Air should also be a comfort, with its fingerprint-sensor equipped, backlit keyboard and ForceTouch trackpad. And if you’re going to be binging Netflix on your notebook, then you’ll be happy to know they’ve also upgraded their speakers from their previous iteration, so they’re now allegedly twenty-five percent louder, and will deliver two times more bass.

Like the Mac mini, it’ll come with the Apple T2 Security Chip, the macOS® Mojave and a couple of Thunderbolt 3 ports. It also sports a hundred percent recycled aluminium enclosure, evidently as part of Apple’s corporate social responsibility plans to tackle that ever burgeoning pollution problem.

Finally, if you’re in the market for something even more compact, then the iPad Pro may be right up your alley. Coming in two different sizes, the iPad Pro’s 11-inch and 12.9-inch Liquid Retina™ displays will make watching videos a visual feast, offering up wide colour support, True Tone® and anti-reflective coating.

Boasting the eight-core A12X Bionic and a seven-core, Apple-designed GPU, you’ll be able to multi-task to your heart’s content on the iPad Pro without worrying about lag or battery drain. And its advanced machine learning-capable Neural Engine will offer a comprehensive support for Augmented Reality (AR) apps, including a quicker, more accurate Face ID — Apple’s facial authentication system.

Like the iPhone X and iPhone Xs, the iPad Pro will boast the iOS 12, which comes with new shortcuts for increased ease of access and Group FaceTime. It’ll also come with a USB-C port for more versatility, and may be bought with the new Apple Pen or Smart Keyboard Folio, should you feel like using your iPad Pro for sketching or note-taking.

Starting at S$1,179 and S$1,789 respectively, the new Mac mini and MacBook Air are now available for order on apple.com/sg. Both products will be available in Singapore’s Apple retail stores and Apple Authorised Resellers come November 7, 2018.