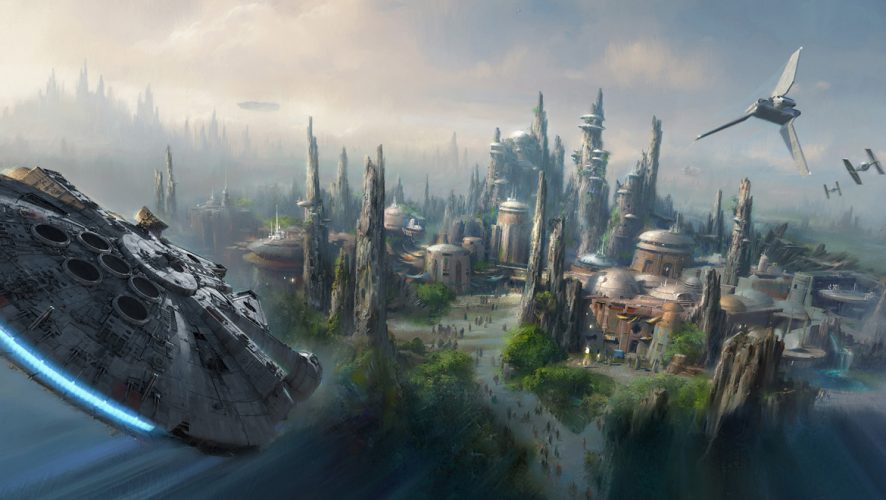 This is it Star Wars fans! The Walt Disney Company Chairman and CEO Bob Iger just announced at the D23 EXPO 2015 that Star Wars-themed lands will be heading to Disneyland park in Anaheim, California and Disney’s Hollywood Studios at Walt Disney World Resort in Orlando, Florida.

No details on opening dates were mentioned yet, but here are the key takeaways:

Now we just need to know when the opening day is, so we can book our trip to a galaxy far, far away!

Wait, there’s more! There will also be new and enhanced Star Wars experiences at Walt Disney World Resort in Florida and Disneyland Resort in California beginning this year!