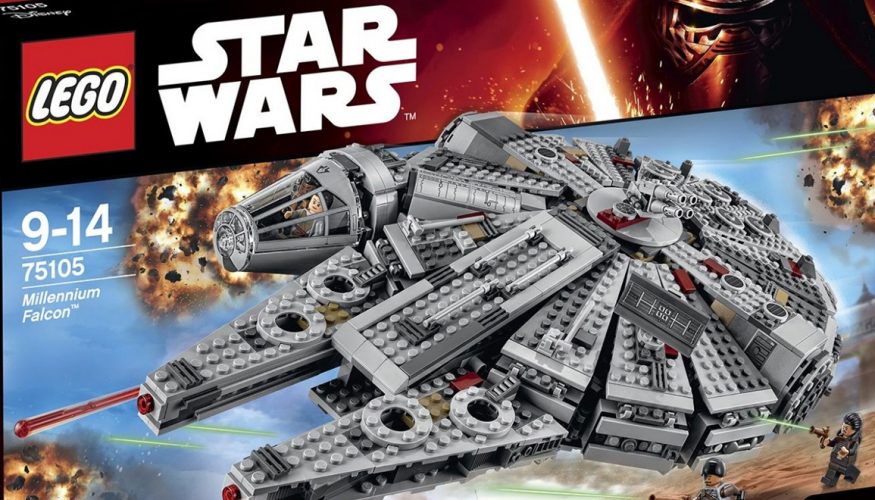 It looks like our previous info on the rumoured release for LEGO’s Star Wars The Force Awakens sets was pretty spot on, here are high rest images that have been compiled until you get your hands on the real deal.

75105 LEGO Millennium Falcon: The front is looking rather thin but this is a must buy if you’ve not been able to grab hold of the older Falcons. Or, it could just be the starting point for you to work up to the UCS set.

75104 Kylo Ren’s Command Shuttle: Ren is on every box in this upcoming release and it would be fitting for him to have his own set as well. The crossblade Lightsaber looks..interesting.

75103 First Order Transporter: The only one in this release with Captain Phasma, it’s gonna be an expensive buy for that ONE minfig.

75101 First Order Special Forces TIE Fighter: A generic set with no named characters, this is our first peek into how much the TIE has changed since episode 6. Arriving on the heels of the UCS TIE, this would be a greater starting point like the Millenium Falcon.

75100 First Order Snowspeeder: This is the closest we’ve seen to a army builder. But with only 3 figs I hope this is not a sign of things to come.

75102 Poe’s X-Wing Fighter: The previous prediction was spot on. I’m still not a fan of this colour scheme. Hopefully, the actual movie might change that.

Rounding it all up would be LEGO’s Buildable Star Wars series. Out of the lot, General Grevious looks to be the star buy in this release. I’d prefer to wait and see on the rest before splashing the cash on them.

Here’s a consolidated snapshot of all the upcoming figures as well. The urge to resist is weak…