As The First Slam Dunk continues to shoot to a successful showing at the Japanese box office, fans in Singapore will soon be able to relive the court action on the silver screen. A fan screening of the anime film has been scheduled for 7 January 2023 at the Sands Theatre at Marina Bay Sands, with tickets costing S$89 each.

The event comes with free goodies in tow, including a t-shirt, an acrylic keychain, an A2 poster, and a visual card, as well as a collectible box containing an acrylic stand, a hologram can badge set with five designs, and a character card set.

Additionally, the voice actor of Shohoku High’s point guard Ryota Miyagi, Shugo Nakamura, is set to make an appearance for The First Slam Dunk fan screening in Singapore. Further details can be found on ODEX’s official announcement Facebook post or on Marina Bay Sands’ website, which is also where fans may purchase their tickets.

The First Slam Dunk premiered in Japan on 3 December and recently hit the five billion yen mark (US$37.6 million / S$50.4 million). It surpassed James Cameron’s Avatar: The Way of Water in Japan on the latter’s opening weekend, and marks the return of the fan favourite series after 26 long years. The movie is also the first feature-length CG project based on the series, and sees series creator Takehiko Inonue in the director’s seat.

The Slam Dunk manga was serialised from 1990 to 1996 in Weekly Shonen Jump, and grew to become an anime classic over the years. It received an anime series in 1993, which ended in 1996 with a different ending than the original. Viz Media describes the manga as such:

“Hanamichi Sakuragi’s got no game with girls–none at all! It doesn’t help that he’s known for throwing down at a moment’s notice and always coming out on top. A hopeless bruiser, he’s been rejected by 50 girls in a row! All that changes when he meets the girl of his dreams, Haruko, and she’s actually not afraid of him! When she introduces him to the game of basketball, his life is changed forever…”

The First Slam Dunk will receive a general release in cinemas islandwide on 2 February 2023. 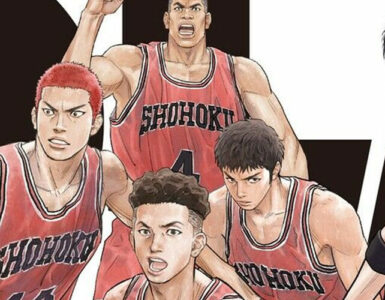