We went to take a look and we were not prepared for what we were about to see.

ThunderCats Roar will follow the same premise and will keep the same characters in the original series. The official summary of the series is: “Staying true to the premise of the original series, Lion-O and the ThunderCats — Tygra, Panthro, Cheetara, Wilykat, and Wilykit — barely escape the sudden destruction of their homeworld, Thundera, only to crash land on the mysterious and exotic planet of Third Earth. Lion-O, the newly appointed Lord of the ThunderCats, attempts to lead the team as they make this planet their new home. A bizarre host of creatures and villains stand in their way, including the evil Mumm-Ra, Third Earth’s wicked ruler who will let nothing, including the ThunderCats, stop his tyrannical reign over the planet.”

Whilst it’s true that the premise and characters are kept the same, everything else about the show has changed.

Starting with how the ThunderCats looked. Lion-O, as we know him, was hyper-masculine, manly and strong. He had muscles popping up at places where there shouldn’t be. But the Lion-O in series appears softer, tubbier and a whole lot more kiddie.

Mumm-ra – a character that used to scare the pants off children, appears less-scarily and dare we even say, even a little cute.

The show seems to be dumbed down by a couple of notches. What was once an action-packed show about fearsome cat-like humanoid aliens is now a rainbow kawaii slapstick mess. It’s ridiculous, catastrophic and a shame to the original series. But that was the entire point of the new series.

Producer Victor Courtright previously explained that the series will lean into the comedy of the world despite staying true to the original’s premise.

“I think the world that they built lends itself really well to comedy because of how silly and crazy and outlandish those ideas are and some of those settings are. But at the same time, it wouldn’t be ThunderCats if it didn’t have super cool action elements because that’s what people came back to. It’s very much something that we want to lean on. So with the new show, we’re not walking away from the action in any bit. Every step we take towards comedy, we take two more towards really cool action scenes and explosions and lasers and actions effects.” said Courtright.

We’re not sure if Courtright’s definition of cool explosions and actions is the same as ours but please, feel free to share your thoughts. The series seems almost similar to Gravity Falls and The Amazing Adventures of Gumball in terms of its humour and visuals but….it’s less entertaining and thought-provoking.

Original fans are outraged and pissed off because ThunderCats Roar is nothing like the original series but hey, maybe the newer generation might like it. Who knows? 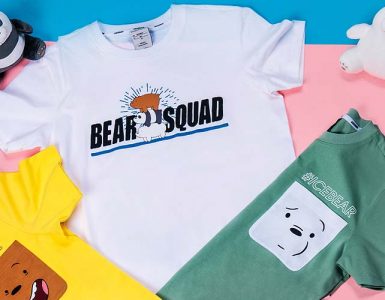