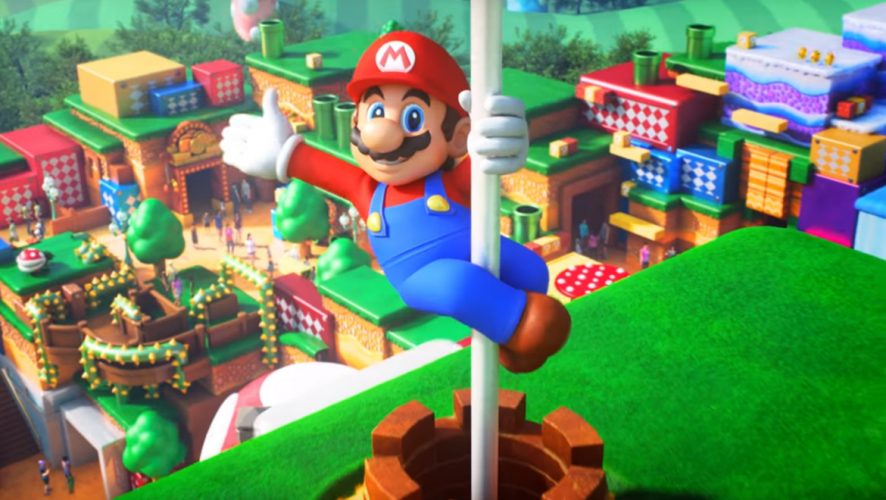 UPDATE JUNE 28: Thanks to leaked images, we now have an idea of how the new park is rumoured to be, watch the video below to get all the details!

Back in November 2016, we first reported on the alliance between Nintendo and Universal Parks and Resorts to create a theme park revolving around the many properties of the Nintendo library. We are excited to report that construction has now officially commenced on Super Nintendo World, a “complete and immersive experience” according to Universal Studios Japan CEO J.L Bonnier.

You can also expect the usual merchandise, food and beverage offerings that are standard affairs at theme parks. If you have been to the extremely popular Wizarding World of Harry Potter, you know what to expect.

A touchstone of the SNES era is without a doubt Super Mario Kart, and it is no surprise that the signature ride within Super Nintendo World will be a Mario Kart ride. Located in Osaka, Japan, the theme park is scheduled for its grand opening in 2020, just in time for the Tokyo Summer Olympics.

With Bowser’s castle, Piranha Plants, Princess Peach’s castle, and the familiar coins all present in the trailer, could this be what awaits us when Super Nintendo World opens its doors? The excitement is definitely palpable, and we cannot wait to drive around in real-life Mario Kart and explore the world of one of gaming’s and geek culture’s true icons.

'90s' kids will want to jump on the nostalgia and introduce Putt-Putt to the current generation of kids.