To coincide with the six-day long Steam Next Festival starting on 1st October, Starship Troopers – Terran Command has released a free playable demo for fans to get their hands on waging war against the Arachnid threat.

The demo will contain two playable missions, including “Peace of Mine.” This is an early scenario that already features most of the game’s key mechanics. Players will deploy the Mobile Infantry to defend a central outpost, which will serve as the staging point to reactivate mining facilities and clear out all bugs nests in the surrounding area.

Starship Troopers – Terran Command is a single player real-time strategy game set in the Starship Troopers movies universe. Players will take command of the Mobile Infantry and do their part in the war against the Arachnid threat in a 20 mission-long story campaign. Build, develop and control your armies to strike an effective balance between tactical superiority and strength in numbers. Ensure that human civilization, not insect, dominates the galaxy now and always!

“Releasing a Starship Troopers – Terran Command demo at Steam Next Fest was a key decision in the development pipeline, we really want this game to deliver on the promise of a true Starship Troopers experience, and collecting feedback from the players is an important milestone of this process.”

The Starship Troopers – Terran Command demo is out now on Steam till Thursday, 7th October at 5 PM GMT. 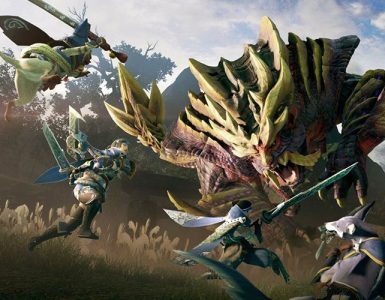 A taste of monster-hunting action before the world opens up fully.