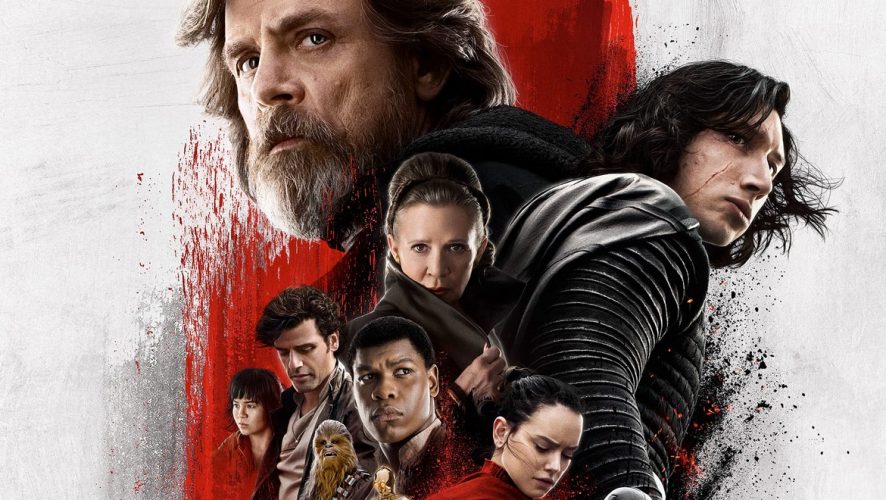 If somehow you managed to miss all the excitement and furore over Star Wars: The Last Jedi, here’s another reminder that the next film in the Star Wars franchise is coming out next week on December 14/15!

Directed by Rian Johnson (Brick, The Brothers Bloom, Looper), it will continue the story where The Force Awakens left off, and that means the return of many a character onto the big screen.

Be it from The Force Awakens, The Last Jedi, or even the stalwarts of older Star Wars films, it can be a lot, so let us help!

Here are all the characters (that we know of) you’ll see next week in the theatres!

After his brief appearance at the end of The Force Awakens, Mark Hamill’s Luke Skywalker will return. He has been in exile, and now that Rey has finally arrived to learn about the Force, will Luke Skywalker be willing to take the risk again?

Speaking of Rey, she appears to be carrying the mantle of being the “Luke” of this new trilogy and has shown a strong affinity with the powers of the Force. If Luke Skywalker is reluctant to teach Rey the ways of the Jedi, there is surely someone else who would…

Ben Solo, slayer of Han. Once a student of Luke Skywalker, he turned to the Dark Side and into the arms of Supreme Leader Snoke. The wielder of that awesome lightsaber, he was also wounded by Rey in The Force Awakens, leaving him with a scar much like his grandfather, Darth Vader. Yet, will he be a friend or foe to Rey, we will find out hopefully!

General Leia Organa has lost more than most in the series, but she’s still fighting hard for the Resistance against the First Order. This will be the last time we will catch the late Carrie Fisher in this iconic role, and we will all dearly miss Leia and Fisher after The Last Jedi.

The once Stormtrooper, now Resistance fighter, Finn sure knows how to handle himself with weapons, and that will come in handy when he faces off with Captain Phasma and the First Order once more.

While we saw less of Oscar Isaac’s Poe Dameron than we would have liked in The Force Awakens, we can expect more Poe, his X-Wing, and BB-8 this time as he begins to become more of a leader under the steady guidance of General Organa.

The alien tavern owner who had dealings with Han Solo and plenty of other rogues, Maz Kanata returns after her business was ruined by the First Order, what role she plays, however, remains a mystery.

Much like a certain Darth Sidious, Supreme Leader Snoke seems to have a great mastery of the Dark Side of the Force. The leader of the First Order and Kylo Ren’s master, we will finally catch Snoke in the flesh as well as his plans for Kylo Ren, and maybe even Rey.

Captain Phasma was a forgettable character in The Force Awakens, but all that is set to change in the new instalment as she continues to hunt for the traitor Finn. Here’s hoping there are no garbage chutes around.

The military man, Hux was the one responsible for blowing up Hosnian Prime with Starkiller Base in The Force Awakens. He survived the destruction of the base and will return for The Last Jedi.

The droids everyone was looking for back in the day, C3PO was finally reunited with the dormant R2-D2 near the end of The Force Awakens, but it was shortlived. R2-D2 was soon accompanying Rey and Chewbacca to find the lost Skywalker, and we will see another reunion soon enough between Luke and R2-D2.

The adorable droid that captured the hearts of many, the companion to Poe Dameron/Rey will keep rolling in The Last Jedi. With Rey busy training in the ways of the Jedi, expect more adventures with BB-8 and Poe. BB-9E, however, is the evil version of the droid, all painted in black and serving aboard the Supremacy, Supreme Leader Snoke’s Star Destroyer.

Losing Han Solo had to hurt our furry friend, so revenge is definitely on Chewie’s mind. That means more bowcaster action and maybe even a Life Day celebration or two!

Portrayed by Kelly Marie Tran, Rose Tico is a new character making her debut in The Last Jedi. All we know is that she works in maintenance for the Resistance and will be heading to Canto Bight alongside Finn. (We caught up with Kelly Marie Tran recently, hear what she had to say about one of the biggest franchises in the world!)

Another new character, Laura Dern’s Holdo is a Resistance officer. Little else is known about her character, other than she is gonna be firing a blaster of some sort.

Benicio Del Toro will also be joining The Last Jedi, albeit as a nameless character as far as we know. However, director Rian Johnson has referred to him as “DJ” and with all the secrecy and mystery surrounding him, he could be an integral character in the story.

Still alive and kicking, fighter pilot Nien Nunb continues to blast away at the Imperials since his first appearance in Return of the Jedi.

The announcer of traps, Admiral Ackbar from Mon Calamari is still fighting with the Resistance. We can expect more heroics from the admirable admiral after his big contribution in destroying Starkiller Base.

The sister of Rose Tico, Paige is a fighter pilot who will fly with Poe Dameron.

The caretakers of the ancient temples on Ahch-To, the planetary refuge of Luke Skywalker. Little else is known about these beings.

You’ll either love them or hate them. The seal/bird hybrids are Star Wars’ answers to the puffins, cute, tiny, with the ever-present chance of being annoying. Expect Porg-fever to catch on really soon.

There you have it, all the characters we know of that will be appearing in Star Wars: The Last Jedi. There will certainly be more surprises lying in wait for fans, so you don’t want to miss out next week when The Last Jedi arrives on theatres worldwide!