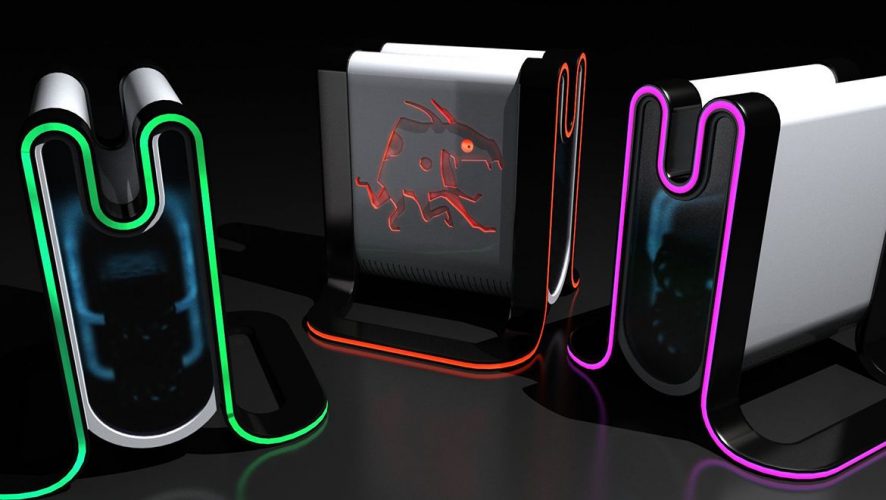 It has been less than a week since the CEO, Ian Bell, of Slightly Mad Studios cryptically announced that the company will be producing a new game console the likes of Sony’s PlayStation and Microsoft’s Xbox. It seems that Bell is back at it again with the unexpected announcements and has given us the first few images of what the Mad Box will look like. The two images posted on Bell’s Twitter gives us a glimpse at what the Mad Box will supposedly look like when released. The console is shown two have four colour variations: red, green, purple, and orange, and will sport the studio’s signature monster mascot on its side.

Bell also mentioned that the internals of each Mad Box has been blurred as discussions on the internal components are still ongoing. He has also continued engaging with his followers on Twitter, answering various questions posed to him and posting interesting tidbits about the Mad Box.

The Mad Box has a one press deployable carry handle, between the 'm's… It weighs very little and will talk to other Mad Boxes without cables…

According to Bell, as of January 4, 2019, there are currently 50 game developers who have expressed interest in developing games for the Mad Box. That is quite a sizeable number of developers interested in producing games for a console that has only been announced less than a week ago. Whether they follow through on that interest though remains to be seen.

The Mad Box is currently still in discussion and if all goes according to plan, is projected to hit shelves in approximately three years.