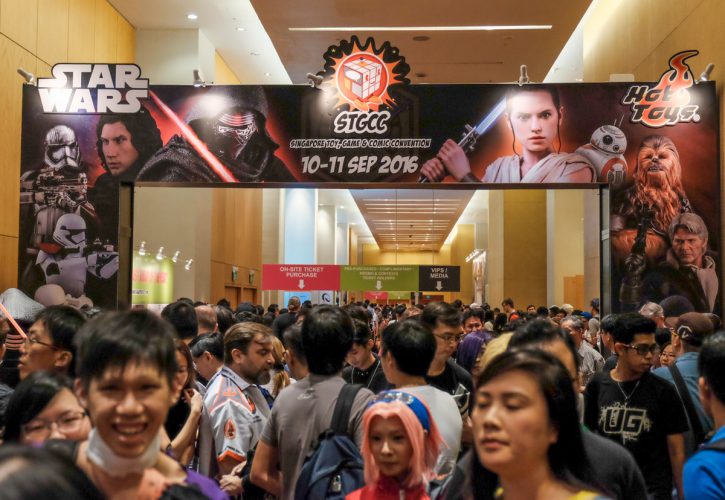 After visiting the Singapore Toy, Game & Comic Convention (STGCC) over the past few years, I’ve always wondered how it could get even better. To me, it felt that in 2015 the energy of the event was rather muted as though lethargy might have set in and folks were getting a bit of convention fatigue. Thankfully STGCC 2016 did not disappoint! Having visited Anicom in Hong Kong recently, I can safely say while the scale of both events were different, the hype in the air was certainly comparable!

STGCC 2016 moves to the depths below Marina Bay Sands and I’m not entirely certain if the floor space is bigger this time round but it certainly felt that way. With more room to walk around, it was comfortable to get around despite the crowd. The usual scene of VIPs lining up early, with many rushing to make payment for their yearly XM Studios haul.

When the highlight of the booth was this baby, you wonder how bigger can XM Studios get. If any fellow geek who bought this wants to show off how it looks in their home, drop us an email! This is probably the peak of geek purchases short of a DeLorean.

Missing from the lineup when we last checked out Soundwave is the appearance of Ratbat! Imaginarium is looking the compete with XM Studios in the statute space and have opted to attack another geek segment with Transformers. 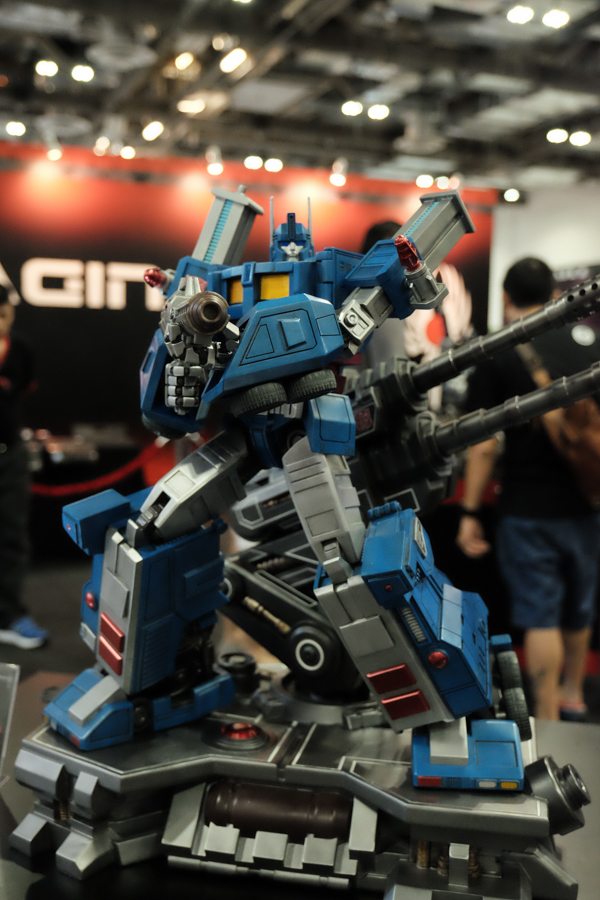 We see Ultra Magnus in a new pose as well this time round. For some reason, I kinda prefer him in his previous pose. Well, it’s great to have options!

When the doors opened, there was another line that immediately formed and many made a beeline for Phil Noto with plenty of comic books to sign. It’s good to see what artists like Phil get plenty of love having made the trip from across the globe!

One thing that struck me was that the usual incumbents for giant booths were not only exclusive to XM Studios and Hot Toys. It was nice to see how Bandai was taking a big leap in making their booth into sort of an art gallery. Having split their line into figures and models, Star Wars in myriad of forms still holds the top spot.

This is one darn pretty brochure.

Can one ever get enough of dioramas? Of course not! Bandai’s plastic Star Wars models have been a big hit and we can see even more ships coming out with Rogue One on the way.

Voltron standalone? No this dude is a combiner just like in the TV show. Why stop at one robot when you can make kids buy five at a go!

The beauty of toys would be that if you can dream it, there certainly would be a way to craft it. That must have been the mantra the people at Masterpiece Collectibles have. Releasing a line of toys to celebrate the Singapore Civil Defence Force is impressive and refreshing in a space filled with all things Disney.

The Singaporean entrepreneurial geek market does not stop there! Sabermach continues to grow and has gone from simple booth to an elaborate display section of their wares.

When you have a lightsaber in hand, you can’t help but want to swing it around with wanton disregard for anything in the world.

Careful there! If you drop it, it’s considered sold! With such exquisite handles, you can’t help but want to bring one home to display above your bed together.

When it comes to resurgence, Warhammer is back in Singapore with an official presence! Paint a figure for free and take it home!

And, Magic the Gathering is still a big deal. What’s this? 1998? Get away while you can kid, cardboard crack is no joke!

VR makes a small appearance at STGCC 2016 as well. It’s great when you have animated guests making the most of the game.

But honestly? For all that action, it illustrates how much space is needed for an actual proper VR game, space that many Singaporeans might not be able to afford.

Without him, how can we ever play in peace and not let the cord get in the way. Mr MSI Minder, you da real MVP.

Lastly, this is clearly a sign that the geek community is growing older. Who would have known these items from Simply Zakka be a hit. Both ladies and gents alike were excited at the possibility of decking out their entire dining ware with all things Star Wars!

From Vader to Stormtroopers or droids, pick your poison, there’s something for everyone.

Overall, the vibe of STGCC 2016 certainly feels much better as compared to last year and this is despite not having extremely large booths from all the marquee exhibitors. If there was an aspect I would attribute it to would be how the local toy, game and comic scene has grown over the years to the point that you don’t need to be a big brand name to be able to stand on your own.

Here’s to hoping that STGCC will continue to work on this and, perhaps, even foster the community outside of convention season. Till next year!

Check out our entire range of STGCC 2016 coverage here! Cosplay would be in a separate article!