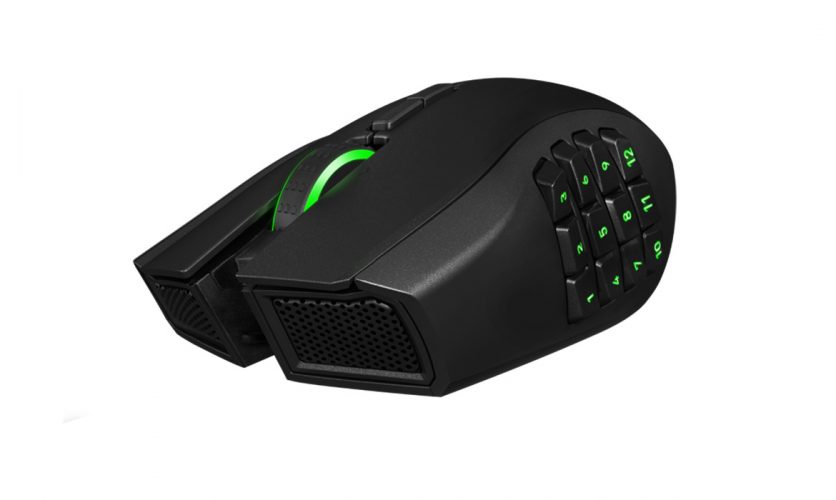 It’s been a while since I’ve given a chance to Razer. I haven’t been a fan of their products ever since my previous mouse was plagued by peeling coating and a laser that developed a mind of it’s own. Since then, I had found other reputable mice brands that have offered the same quality at an even lower price point. That all changed when I made the decision to return to World of Warcraft.

After doing a fair share of homework, I found that many reviews online seem to plug the Razer Naga as one of the best MMO mice out there in the market bar none. And by coincidence (or pure timing), Razer had the new Razer Naga Epic Chroma that seemed to come out the same time as Warlords of Dreanor. Seeing that it was a new beginning in Dreanor, I guess everyone deserves a second chance. 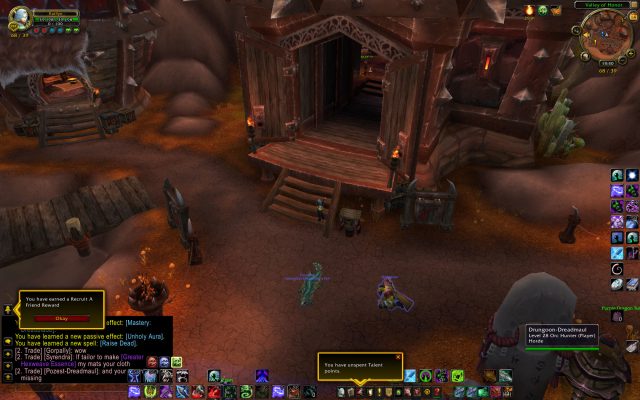 In order to review this mouse thoroughly, I leveled three classes from 85 to 100. As I clearly enjoy the abuse, all three classes were tanks and this gave me ample opportunity to work through the learning curve of handling both a new class and a new mouse in-hand. All-in-all, I estimated that I would have spent at least 30 hours of in-game time across all three tanks with the mouse while leveling and clearing top level content. 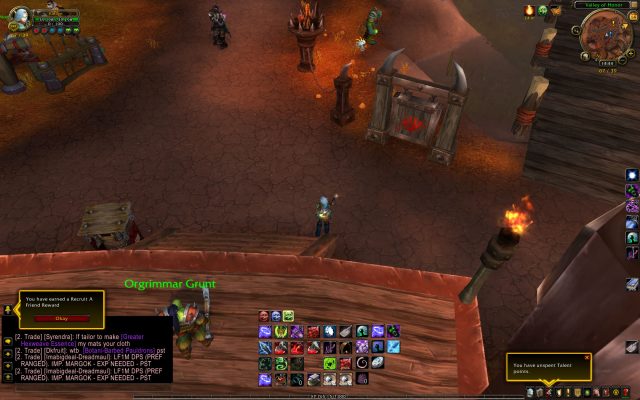 The first thing that all new Naga users would like to do is simply clear out all their existing keybinds, as this gives you the perfect setting to actually break out of your old regime and start retraining your muscle memory. In order to do so, I started off with the bartender mod and rearranging all my hotbars to reflect the keybinds that I had set up on the Naga itself.

It isn’t rocket science but I found that the most hassle-free set up was to bind the Naga keys to mirror the num pad keys. Initially, I would come into occasions in which the keybinds would not respond but I learnt that this was due to user error. Commonly, the numlock key would be used to toggle auto run, and with that toggled on and off at times, threw a spanner into how the Naga functioned in my case. Solution? Rebound my autorun and kept the num pad permanently on. With that out of the way, it was back to more rebinding and getting used to the new layout. I remember a time where World of Warcraft had way more keys to actually press and with subsequent releases it seems that there has been less and less need for the Naga with its 12 thumb keys. Thankfully, that means that there’s reduced ‘piano-playing’ and more focused button-pressing.

Between global cooldowns, there is ample time for me as a tank to shimmy from one button to the next aided by only the thumb. In the past, playing World of Warcraft made my left hand far more dexterous than my right master hand. At times, too many keys to press led to premature cooldown usage leading to wipes. By delegating some of the work to my right thumb, the Naga affords me to focus more on movement on the left and a few more keybinds. I had it setup so that I would press at most 9 keys (or less) on the left and assigning the rest to the right thumb. In between, the shift modifier worked well to give me those extra few buttons that worked inconjunction with the right thumb.

In Warlords of Draenor, having 9 keys on your left plus movement, 9 keys on the right with shift modifiers making it a total of 18, is more than sufficient for even the average LFR charity Epic scrub aka myself.

Out of World of Warcraft, the mouse functioned perfectly well for other games such as DOTA. Being the only other game that I play that would require that many keybinds, the Naga came in handy as well. For more adept DOTA players, I would think that the Naga would be overkill considering the number of buttons available. DOTA also prides itself on being more precise than WoW and having so many buttons could increase the margin of error. Thankfully, there’s a less complex Razer mouse out there for that.

The next best thing about this mouse would be its interchangeable colours. You have pretty much full range over any colour in the pantone chart to recreate. All you would need is the specific colour code. I’ve not been able to find a colour that the mouse has issues recreating but if you do come across one I’m game to give it a go. Armed with the Razer Synapse, the software allows anyone to save their keybinds into the cloud and seamless transition to another gaming computer / setup elsewhere. Unless you are a pro gamer or really very rich, this is just one of those features that are nice to have.

My only drawback about this mouse would be it’s battery life. As it comes with a non-removable rechargeable battery, I found that the battery life when wireless less than ideal requiring me to charge it at least once every 2 days. While I guess we could narrow the issue down to the lighting on the mouse itself but 2 days of battery life is disappointing compared to the other wireless mice out there. If wireless gaming is not a gamebreaker for you, the wired option of the Naga would be a more suitable choice.

I started off this review giving the Naga a chance and if you are like me, as an individual who has lapsed from the Razer brand, the Naga is a great place to start. If everyone deserves a second chance I found that the Razer Naga Epic Chroma would be a great place to fall in love with the brand again.

Like an aged MMO, the Razer Naga Epic Chroma is well on top of it’s game with plenty of fine tuning. This should be the mouse of choice for any MMO player

Putting the "hand" in handphone.