Have you ever wanted to race your cars at thrilling top speeds down legendary racing terrains? Well, that dream is about to come true as Porsche Asia Pacific and Porsche Cars Australia have partnered with Forza Motorsport 7 for their simulation racing tournament, the Porsche Asia Pacific Forza Cup.

Registrations for the tournament are currently open online. Participants will get the rare opportunity to challenge the Forza Motorsport 7 tracks of Bathurst, Nürburgring, Le Mans, Silverstone and Hockenheimring. Racers will have to go through three Rival Qualifying Races, which will each take place over a week from 29 September to 18 October 2020.

Moreover, there’s a ton of attractive prizes to be won including the once-in-a-lifetime opportunity to race on an iconic track in real life. The experience will consist happen at the Porsche Experience Centre Hockenheimring in 2021.

The First Rivals Qualifier Week will begin on 29th September (00:00 GMT+8) to 4th October (23:59 GMT+8). Racers will compete in a Porsche 918 Spyder, and race down the picturesque Forza Motorsport 7 Bathurst track.

Second Rivals Qualifier Week will be from 6th October (00:00 GMT+8) to 11th October (23:59 GMT+8). Races will rev their engines down the iconic Nürburgring Nordschleife, in the powerful Porsche 911 GT3 RS.

After the third qualifying race, there will be the top 16 racers with the highest accumulated points (with maximum of three qualifiers from each country). These finalists will go toe to toe with each other in the Porsche Asia Pacific Forza Cup – Grand Finals on 31 October. What’s more, all 16 finalists and the top three winners will receive prizes from Porsche Driver’s Selection and HUGO BOSS, the official sponsor of the Porsche Asia Pacific Forza Cup.

The virtual tournament is open to players from the Asia Pacific region who hold a Xbox game pass and have either access to a PC, Xbox One, Xbox One S, or Xbox One X. Interested participants can visit the website to find out more., 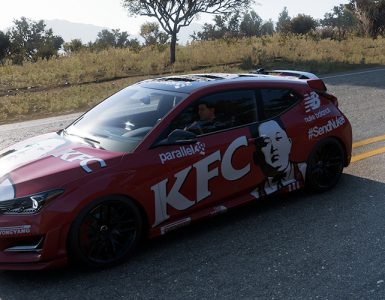