CD Projekt Red’s Cyberpunk 2077 is shaping up to be one of the biggest games of 2020, despite having its release date being delayed to September. The first-person RPG will also be starring a host of guest stars, including Keanu Reeves as Johnny Silverhand.

But while Reeves’ presence in Cyberpunk 2077 is a given already, many don’t yet already know that another celebrity, the singer-songwriter Grimes, will also be in it as voice actor for the pop star Lizzy Wizzy. And at a recent livestream promoting her latest album, Miss Anthropocene, the Canadian performer actually let viewers in on backstory details regarding her mysterious character.

In the now-deleted livestream, Grimes stated that her character will be “a pop star who committed suicide on stage”, while describing her own excitement for the game’s launch. Thanks to a Reddit thread (via VG24/7), the conversation about Lizzy Wizzy was saved. Here it is:

I did my voice acting for Lizzy Wizzy, that game is going to be fucking good. I mean I haven’t played it, but I saw someone play an hour of the game. The game was fantastic, and I play a pop star who committed suicide on stage, and they had to quickly come and preform emergency surgery and replace her whole body with cybernetics while she was dead for an hour and then she finished the show as a cyborg. One of the greatest pieces of performance art ever made.

If you didn’t already know, Grimes marked her involvement with Cyberpunk 2077 with a stage performance of her new single, “4Æm” (you can watch the official music video below), at the Video Game Awards 2019 last December. Up until now, details on her character Lizzy Wizzy were a little hazy, but her recent livestream all but confirmed it. How Lizzy Wizzy links up with Johnny Silverhand or main character V in the game remains to be seen. 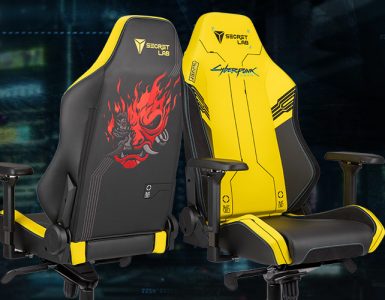