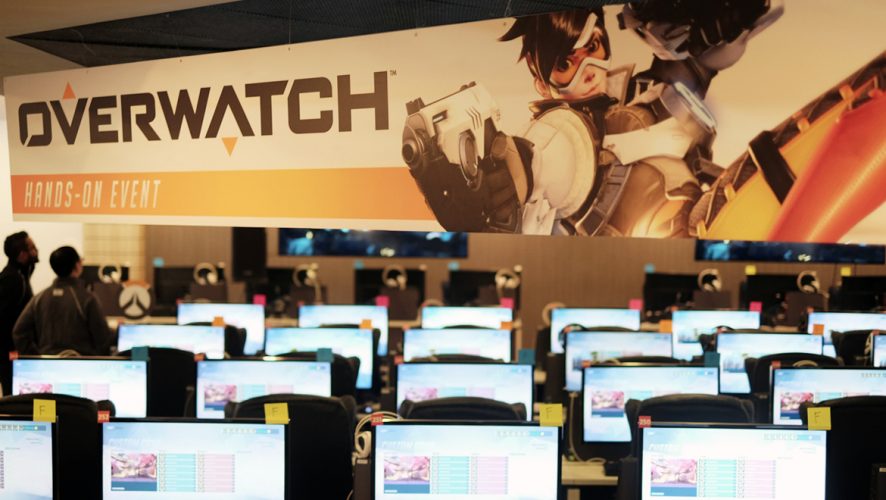 Having been in the Overwatch beta for quite some time now, it is easy to lose sight of how fortunate I’ve been. Seeing as to how hundreds of fans lined up to try Overwatch for the first time in Singapore, is testament to the anticipation this title has built up over the past few months.

As the first new IP and FPS to be created by Blizzard after decades, Overwatch is somewhat reminiscent of what Team Fortress 2 back in the day. However, that’s where the similarities end. The game is quick to pick up and each round takes no more than ten minutes. This makes you want to play over and over and over again till you realize that an entire day has passed.

With 12 classes available to play at launch, there’s bound to be a character which you would easily settle into. Overwatch is looking to be a title that’s easy to pick up but hard to master. Despite the number of classes, it certainly was not daunting for the fans who have been patiently queuing for their turn at the game.

Looking at how the fan’s faces turned from anticipation to glee as they took their seats reminded me of the very first time I started up the game. With the game in beta since late 2015, Overwatch has been covered pretty much on every YouTube gaming channel. With a steady stream of videos, it seems that the fans were more than comfortable picking their favourite class and heading into the arena with no degree of confusion.

Like fish in water, everyone approached team building in the most amicable manner. With helpful on screen prompts advising if the team composition lacked a tank or a healer, and despite having six total strangers in each team, someone was always happy to pick up the slack. More often than not, it was up to the last pick to snag a healer.

While each individual had a limit to game time, the chatter and banter that carried on outside the LAN shop was typical. “If not for my clutch heal, do you think we would have won?” Was just one of the iconic lines I heard outside. I’m certain that after a brief hands-on with the game, many would have left the venue and rushed off to grab a pre-order of Overwatch.

With Overwatch slated for release on 24 May 2016 and open beta starting for those who have pre-ordered on 3 May, it’s time to grab your friends for rounds of endless fun!