Sometime in February last year, a Face/Off sequel was in the talks. Following actor Nicolas Cage’s recent outing in The Unbearable Weight Of Massive Talent, of which was a movie that paid a big ode to everything the 58-year old has done over the course of his career, fans have been wondering where Cage would appear next.

And according to Cage, he is interested in appearing in Face/Off.

“[A Face/Off sequel] I can talk about because, there have been some phone calls with Neal [Moritz], who I enjoyed very much working with on the first Face/Off. He’s somebody, he’s one of the true, great producers in Hollywood. And, they have been making some calls. The other ones like National Treasure, I mean, their priority was a TV show. God speed to them. But, maybe Face/Off, maybe,” said Cage in an interview with ComicBook.

While not a firm yes, calls with producer Mortiz about the film bodes well for anyone hoping he’ll be swapping faces with someone else once again.

The original 1997 action movie starring John Travolta and Cage sees FBI agent Sean Archer go under the knife and take on the face of homicidal sociopath Castor Troy to stop a terrorist attack from happening. Things go awry when Troy wakes up earlier than expected and takes on the face of Agent Archer, walking away free and stealing the life of the agent.

Attached to the sequel are director Adam Wingard and his creative partner Simon Barrett. 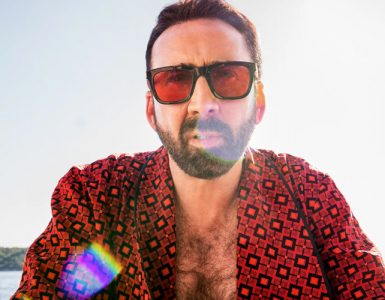 A movie just as zany as it is hilarious.