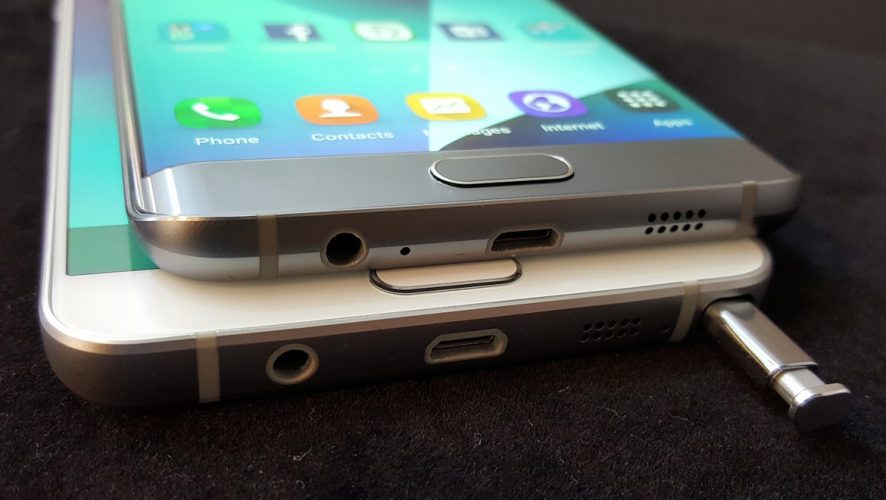 Korean tech giant has just announced two 5.7-inch Android smartphones at Lincoln Centre in New York City, and we have exclusive photos of both devices!

The Samsung Galaxy Note 5 is the next in line for the company’s highly successful Galaxy note series. The Galaxy Note is considered to be the icon in the giant phablet smartphone market as the original device was a massive phone that folks made fun of, before every other smartphone maker decided to come up with a giant phone of their own.

What really sets both devices apart is that the Galaxy Note 5 uses the S Pen handwriting tool, which allows users to write on the screen of the Note 5, and use it to take screenshots and navigate the menus on the phone.

Otherwise, both phones have the same Quad HD display, are powered by the latest Samsung Exynos 7 processor, have the same 16MP rear camera and 5MP front camera. 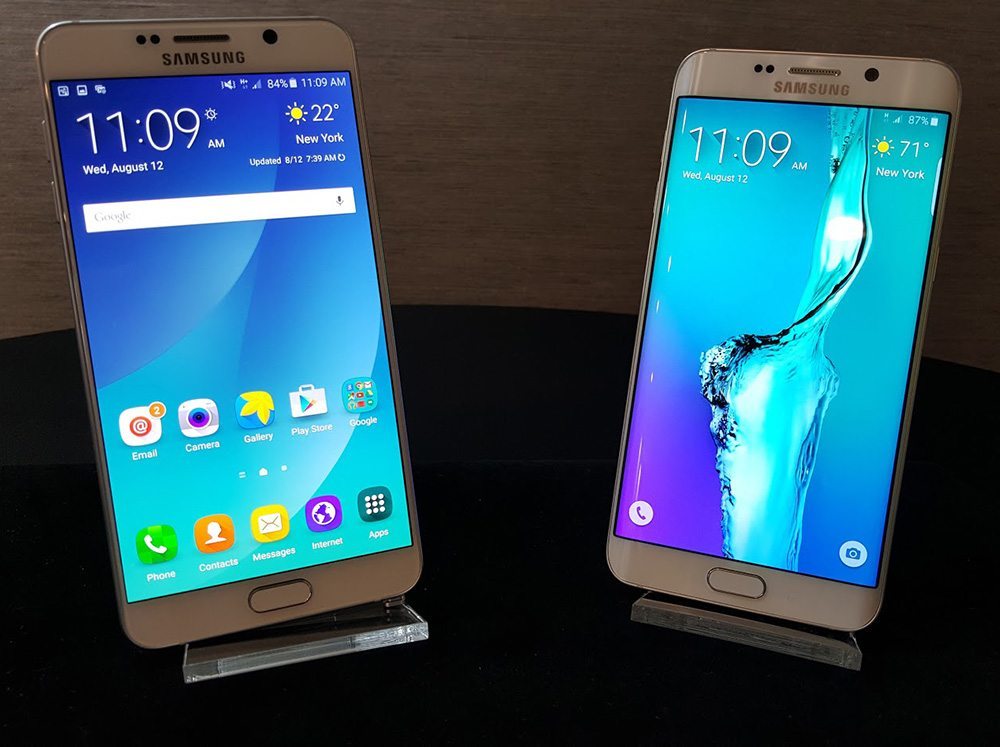 The Samsung Galaxy Note 5 will be available in Black Sapphire and Gold Platinum, with 32GB and 64GB storage options, at a recommended retail price of S$1,088 and S$1,188 respectively.

The Black Sapphire and Gold Platinum Samsung Galaxy S6 Edge+ will be available in 32GB and 64GB storage options, at S$1,188 and S$1,288 respectively.

This is a huge departure from previous launches, when the phone is revealed in September, and only goes on sale in October. It looks like Samsung really REALLY wants to beat Apple, who is expected to announce a new iPhone model in September.

Now, I wonder how long before Samsung announces a red Iron Man version of the Galaxy S6 Edge+. You know, the original S6 is the Mark 42, and this can be the Hulkbuster Veronica.