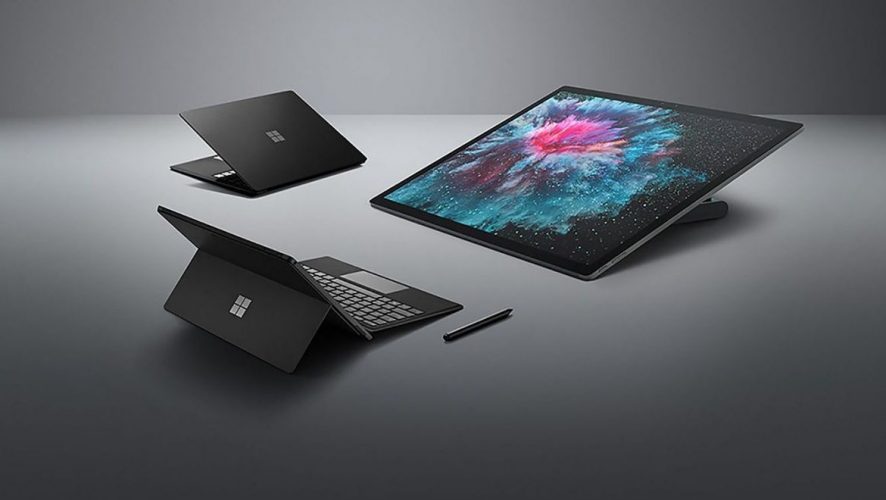 Tech giant Microsoft recently launched the latest additions to their flagship Surface series of laptops and tablets. By this point, most people would associate the words “Microsoft” and “Surface” together, and for good reasons, given the success of the line over the past few years. 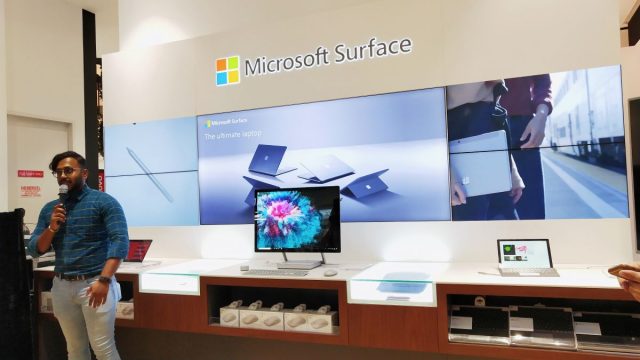 We were at the Microsoft flagship Surface Store at Harvey Norman Millennia Walk Singapore last year to take a look at the newest releases then, and this year’s refresh does not disappoint.

Leading the lineup for this year’s new entries will be the Surface Pro 6, which continues the two-in-one laptop and tablet function that made its previous five iterations so critically acclaimed in the first place. 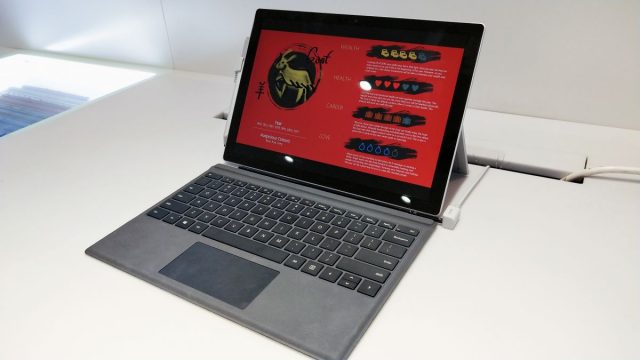 The signature 165-degree kickstand makes a return as well, allowing you to work to your preferred comfort, be it drawing using the Surface Pen, or working regularly using the keyboard.

At the same time, it improves on this formula by increasing its performance and processing speed with a new quad-core 8th Generation Intel Core processor. This allows you to work more efficiently (with a battery life that lasts for about a day) and produce higher-quality images on Photoshop, Illustrator, Premiere Pro, and the likes. On both the i5 and i7 models of the Surface Pro 6, you can even play games such as Overwatch or Fortnite with respectable results. 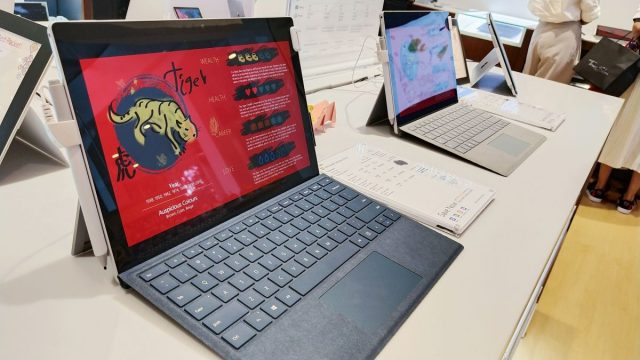 The Surface Pro 6 will retail from S$1,398 onwards, depending on your preferred specs. 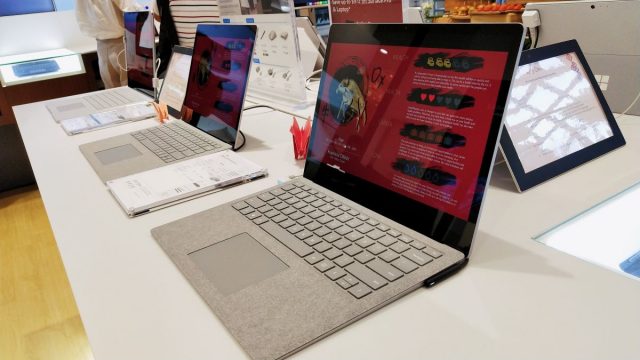 From far, it looks, feels and weighs (only 1.25kg!) very similar to a MacBook, but that is really where the similarities end. First of all, like its predecessor, its keyboard comes decked out in Alcantara – the waterproof material that keeps those nasty accidental spillages away. It also has a touchscreen (which can be used with the Surface Pen, by the way) that allows for more versatility for users.

Again, the 8th-Gen quad-core Intel processor is housed in this slim body, which gives it processing power that greatly belies its slender figure. With a battery life that can last a day, you’ll find that the Surface Laptop 2 can run circles around MacBooks, and then some.

The Surface Laptop will go for S$1,528 onwards depending on your chosen specs.

And last but certainly not least, we have the Surface Studio 2, the workhorse of the bunch. 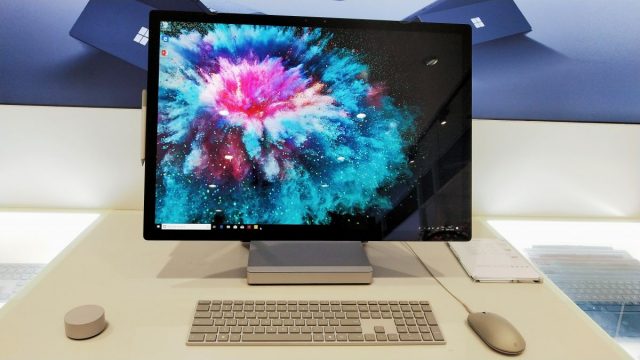 This touchscreen desktop reprises the Zero Gravity Hinge that made its predecessor popular among creatives such as graphic designers, architects, and the like. The usability of the Surface Pen and Surface Dial also make their return, with updated software that is in the keeping with the Surface Studio 2’s software. 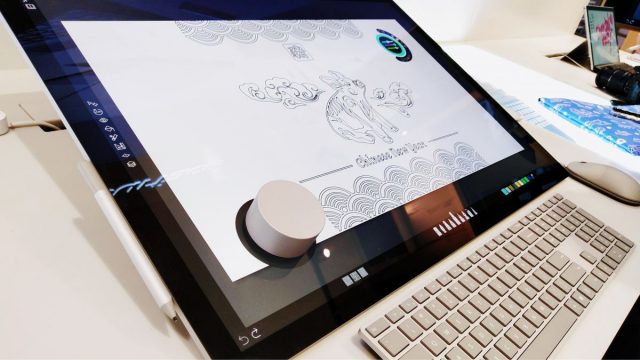 And when we say workhorse, we kid you not. The Surface Studio 2 isn’t messing around with its processing power, housing Intel i7-7820HQ processors, combined with NVIDIA GeForce GTX 1060 and 1070 GPUs that enable you to go to town with even the most demanding of graphical work, such as working on designs or video edits, or even gaming. 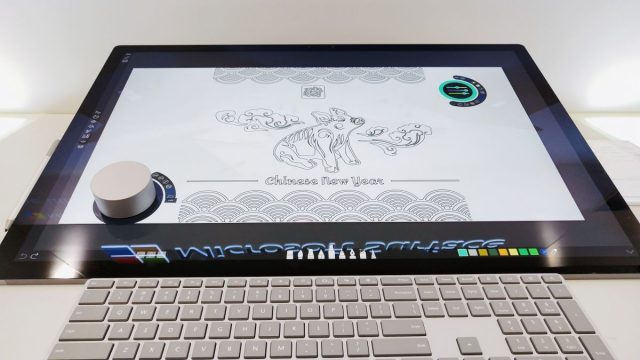 And speaking of games, did forget to mention that the Surface Studio 2 allows you to connect up to ten Xbox One controllers simultaneously? Now imagine playing five-on-five FIFA on this thing. A sexy workhorse that can perform multiple nifty tricks.

Depending on your choice of hardware, the Surface Studio 2 will cost S$5,548 onwards.

All in all, a solid showing for Microsoft Surface this year. The three Surface products are currently on sale at the Microsoft Surface Store at the Harvey Norman Millennia Walk, as well as leading retailers and e-commerce stores. 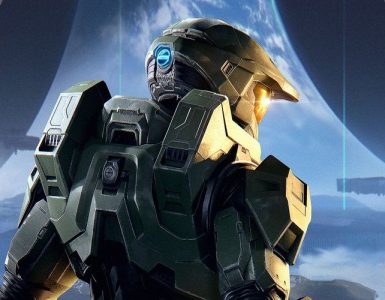 Halo is for everyone. 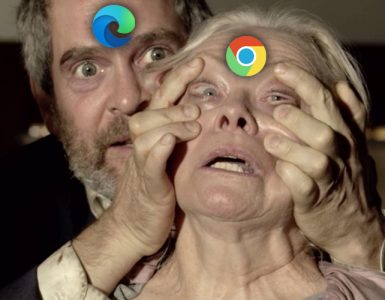 Best Web Browser To Watch Netflix On Your PC / Mac

Time to start Netflix and chilling in 1080p and 4K on your computer!

Halo Infinite Getting The 10-Year Destiny Treatment, No Sequels Planned For Now

Would Master Chief approve, though?