A new Medal of Honor game. Who would have thought?

As it were, a new game in the once-great military shooter by EA is now back, exclusively in VR form. At the new Oculus Connect 6 keynote, a couple of new VR games made in conjunction with various game devs were announced, with Medal of Honor: Above and Beyond among the most prominent of these.

Above and Beyond takes the franchise back to its World War II roots, putting you in the shoes of an Allied agent of the Office of Strategic Services (OSS) behind enemy lines, in order to sabotage the Nazi forces from within.

This title not only gives a nod to its WWII roots in the original games in terms of missions and setting, but it apes a similar, simplified look. The only difference is that, instead of using a keyboard or controller to control your person, you’ll need to be physically imitating the actions of reloading a gun, aiming it and firing it at virtual enemies.

Medal of Honor endured a tragically short lifespan compared to its main competitors in the shooter genre: Call of Duty and Battlefield. Originally pitched by Steven Spielberg himself to his own game studio, Dreamworks Interactive, Medal of Honor went on to become a revelation when it first debuted on the PlayStation and PC back in 1999.

The last game in the Medal of Honor franchise was Warfighter back in 2012, which took the game into the modern era in order to keep up with the likes of Call of Duty: Modern Warfare and Battlefield 3 back then. Hence, this revival should no doubt excite many longstanding fans, even if it is only a VR title.

Additionally, being a game from the folks at Respawn, it behooves one to consider just how much manpower has been spared for this title, given that they’re going full speed ahead with Star Wars Jedi: Fallen Order and Apex Legends. Let’s just hope the devs on both teams aren’t too stretched out, but only time will tell.

Medal of Honor: Above and Beyond releases sometime in Summer 2020. 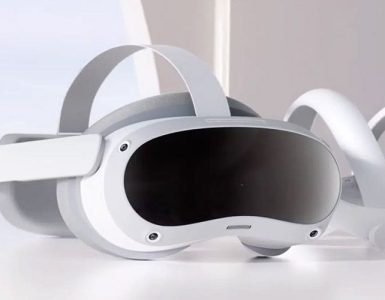