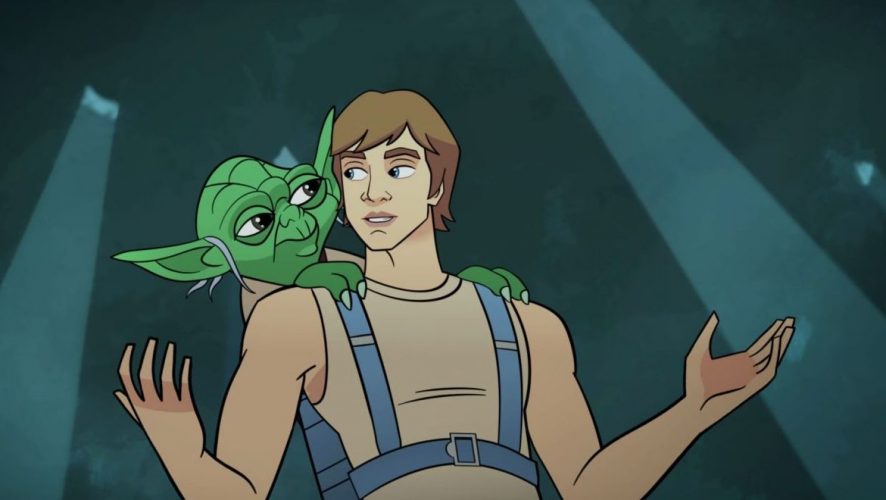 The fate of Luke Skywalker was made known to all in Star Wars: The Last Jedi.

But before his rise to become one of the greatest Jedi in the universe, he was but a mere Tatooine farmboy. 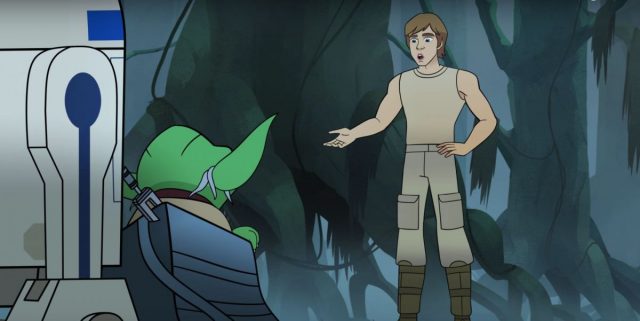 Disney’s animated series Star Wars: Forces of Destiny tells part of his tale, with Mark Hamill reprising his role as a young Luke, albeit in a voiceover role. Titled The Path Ahead, the short reel is the second season of the series, and follows him as he trains under Yoda on Dagobah during the events of The Empire Strikes Back.

Struggling with his Jedi training, Luke is grateful for master Yoda’s offer to join him on a sojourn through the trees and swamps of Dagobah, until he learns that Yoda will be riding in his backpack! Minding Yoda, Luke learns to trust what he feels instead of what he thinks he sees.

One scene, in particular, is seemingly a nod to Rey’s first lesson under Luke’s tutelage in The Last Jedi, which is a nifty little touch. While it does feel a little weird hearing Hamill’s mature voice coming out from the mouth of a barely-adult Luke, it certainly made for a nice welcome surprise for fans.

Hamill and Luke, you have both been sorely missed!