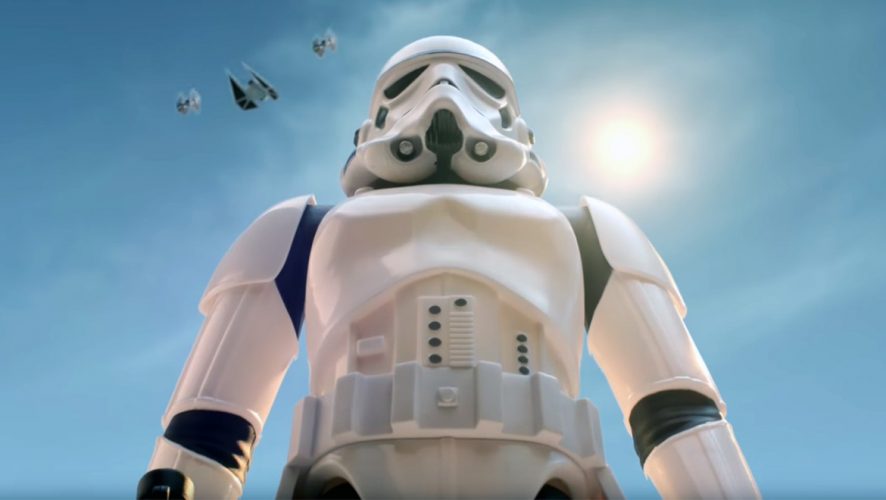 Toys and Star Wars are a marriage made in geek heaven. So we got to give due credit to Lucasfilm for these stop-motion animations drumming up the hype for the upcoming Rogue One: A Star Wars Story.

In the latest episode of Star Wars: Go Rogue, you’ll see Imperial Stormtroopers of all shapes and sizes (cue LOL moment when K-2SO uttered that comment about a Stormtrooper) chasing the Rebels who got their hands on the Death Star plans.

LEGO toys are also prominently featured, with a nod to the Lego video games when the Rebels use the LEGO Hovertank. There’s also the LEGO U-Wing which flew in to save the toy. Honestly, I won’t be surprised if you head straight to the U-Wing toy listing right after watching the latest Go Rogue episode. Overall, it’s like watching an episode of Adult Swim’s Robot Chicken, with an overload of Star Wars toys that have been introduced in the earlier Chapter 1.

The Go Rogue stop-motion animation shorts, created by Santa Monica-based studio Tongal, is meant to showcase the new Star Wars toys that will debut on 30 September.

It also serves as an inspiration for toy filmmakers to submit their own take in a contest. The best reward for the winner? Having their short story appear on the big screen. Incidentally, this also includes a trip to Lucasfilm in San Francisco to attend the screening of the new Star Wars film.

Rogue One: A Star Wars Story will release in theatres on 14 December.