Whether you’re celebrating the Lunar New Year festivities with friends and family, or are just enjoying the first long holiday of the year, Resorts World Sentosa wants the magic to happen on their premises.

From January 25 to February 19, come down to the two main venues of RWS – Universal Studios Singapore (USS) and the S.E.A. Aquarium – to witness these amazing events!

The Underwater Dragon Dance is back to wow audiences at the SEA Aquarium. The staff divers take on the roles of the majestic dragon as they weave their way around the water, accompanied by the schools of over 40,000 different kinds of marine life that act as a colourful backdrop to the main performance.

Being Singapore’s only dragon dance underwater makes this all the more an enticing enough prospect for you and your friends or family to come down and have a look! 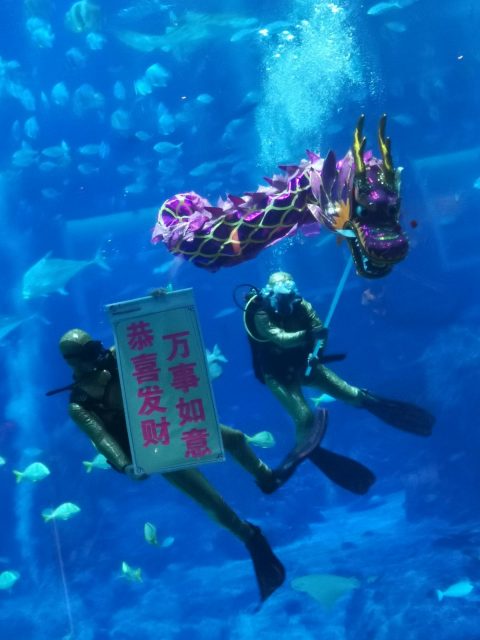 The Dragon Trail is also back to amaze visitors at USS, very gracefully wreathing and spiralling around the various locales of the theme park. The vibrant colours, as well as the numerous pop culture icons, such as characters from Madagascar, Shrek, Sesame Street and Despicable Me – all decked out in traditional Lunar New Year garb – are sure to keep you engaged for the 20-plus minute duration.

There’s even a part where the velociraptor from Jurassic Park snaps away angrily at the Chinese dragon. And we all know who will win at this fight…

Make sure to be on your toes, though, as the dragon dancers are quick on their feet, darting across each of the seven main attractions of USS! Not to worry, they’ll linger long enough for you to take some beauty shots as well. They’re also pretty friendly and animated in their interactions!

This monster lo hei is another interesting part of the event, with characters from the ever-popular children’s series Sesame Street taking centre stage in front of the New York Public Library, to perform a short skit about the significance of lo hei during Chinese New Year. 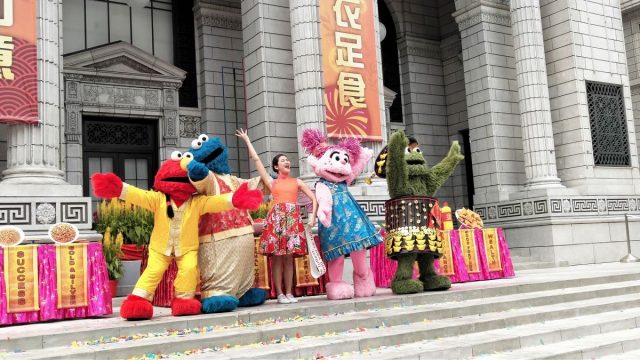 While there’s no actual lo hei given out after, there’ll be ample opportunities for you and your families to take pictures with Elmo, Cookie Monster, Abby Cadabby, and Oscar! 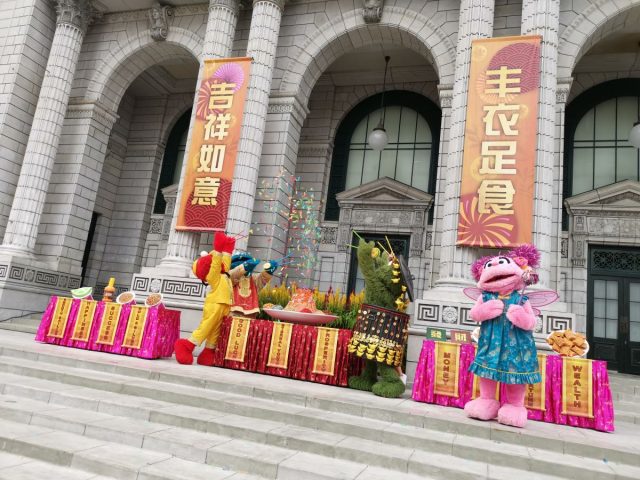 Other attractions include the various Blessing Stations situated across the SEA Aquarium, where you’ll be taking stamps of the various sea creatures, and the Fortune Street, where you’ll be able to have your fortunes read by sixteen talented fortune tellers, each of which who specialise in a different type of fortune-telling.

More information can be found at Resorts World Sentosa’s website.