It has been in the making for some time now, and at a Nintendo Direct specially for The Super Mario Bros. Movie, we got ourselves a first taste of the Universal Pictures flick starring everyone’s favourite Italian plumber. From what was teased, all of the characters look great, but as for the voices, there are some concerns about the animated flick. Before we dive into that, here’s the trailer in its full glory:

It sets things up quite nicely as Bowser leads his army of Koopas and looks suitably dangerous and menacing, before we cut to the Mushroom Kingdom, where Mario and Toad appear. Near the end of the trailer, we also see Luigi being chased by a bunch of Dry Bones.

Jack Black sure does provide the necessary evilness for Bowser’s voice in The Super Mario Bros. Movie, and Keegan-Michael Key’s Toad is hardly recognisable. However, for our main protagonist that is Chris Pratt’s Mario, he sure does sound like Chris Pratt playing himself. Maybe going basic is the best way not to piss off anyone?

The iconic voice of Mario, Charles Martinet, won’t be bringing his talents to the big screen as his usual characters, but has been teased as a surprise cameo in the film. Hearing the contrast between Pratt and whatever character Martinet ends up voicing is going to be an interesting time.

Here’s the full list of the cast for The Super Mario Bros. Movie:

The Super Mario Bros. Movie is being produced by Nintendo together with Illumination Studios, the folks behind the Minions franchise.

“Our crew is filled with Mario fanatics,” Chris Meledandri, CEO of Illumination, shared. As for Pratt, he added that “it’s been a lifelong dream of mine to become Mario” while appearing less than enthused about his appearance. Black, on the other hand, was more than happy to joke around that he got jacked for his role as Bowser.

The Super Mario Bros. Movie is slated to release in theatres on 7 April 2023. 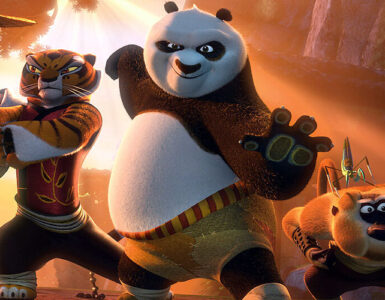