Let’s forget the new ThunderCats Roar on Cartoon Network for a moment, and marvel at the five new statues from Iron Studios. Based on the original 80s cartoon, there’s Lion-O & Snarf, Panthro, Cheetara, Tygra and WilyKit & WilyKat.

All statues are made of polystone and hand painted, and each come with a base that joins up to form a diorama. Lion-O & Snarf and WilyKit & WilKat even feature the Cat’s Lair head and ThunderCats signal LED light-up bases respectively.

Here’s how they look when combined into an epic diorama.

All the statues are currently available for pre-order on Iron Studio’s website, ranging from US$129 to US$239 each, and expected to ship in Q4 of 2020. 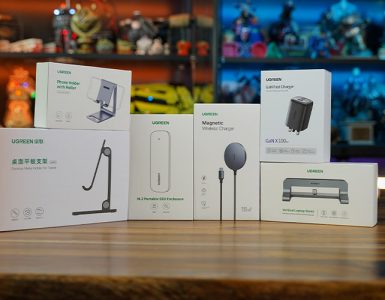 Top UGREEN Smartphone, Tablet & Laptop Accessories To Check Out In 2022

UGREEN is known for their range of accessories that complement a wide variety of devices. Here are six that you can consider.