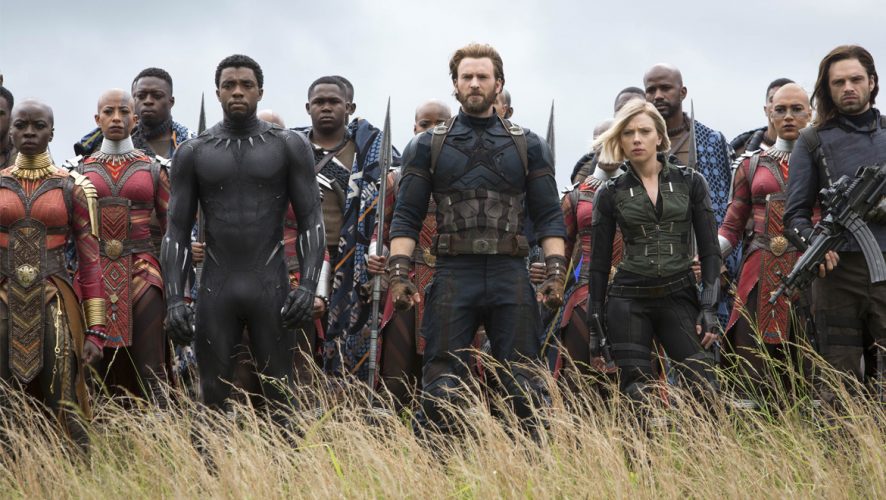 If you’re not worried about the lack on an official title for Avengers 4, you should.

Avengers 4 is due in a year, and has already finished filming. The fact that it still was missing an official title was concerning to one fan (@occmarvel), who tweeted it out.

The Russo Brothers, the Marvel Cinematic Universe directors responsible for Captain America: The Winter Soldier, Civil War, and both Avengers: Infinity War and Avengers 4, surprised them by replying – but their reply is driving fans insane. 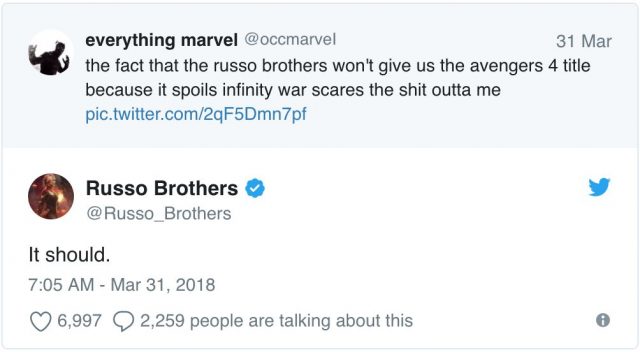 Fans have held back their fears about the fate of the Avengers in the upcoming movie thus far, but this response implies that fans should be scared by the lack of news.

While the reason for the lack of title is likely just to avoid spoilers for Infinity War, this tweet makes it sound like the spoiler in question might be something to be afraid for. While the trailers have been excellent in hyping us up for the movie, we still have no idea how this will turn out for the characters, with some of the actors hinting that they may be done with the franchise.

Still, this news makes it clear that you can’t afford to miss Infinity War now, and we’re more anxious than ever for the movie to finally hit our screens. We’ve been promised something spectacular, and we are more ready than ever to jump back into the Marvel universe.

Avengers: Infinity War will premiere on April 24, 2018, and will hold a red carpet event in Singapore. Find out how you can win tickets to get up close to Joe Russo himself to quiz him about this cryptic tweet (and the stars of the movie too, of course) here.