As the PC gaming market continues to grow, customers are looking for more options to satisfy their demands. NVIDIA isn’t the only one now to lead the charge when it comes to graphics cards, with AMD slowly increasing its presence in the industry, but HP is offering both options for gaming enthusiasts.

The Omen 16 and Victus by HP 16 laptops are the newest additions to its gaming portfolio, outfitted with either NVIDIA or AMD technology. Featuring up to a GeForce RTX 3070 Ti or Ryzen 6650M GPU, the former is accompanied by a Ryzen 9 6900HX processor, 32GB of RAM, and 1TB of SSD storage under the hood.

Display wise, it boasts a QHD (2,560 x 1,440) IPS panel that delivers a 165Hz refresh rate and 3-millisecond response time, alongside a 100 percent coverage of the sRGB gamut. Essentially, users can expect accurate, vibrant, and smooth visuals, as well as an eye-friendly experience brought on by a combination of low blue light, Eyesafe display certification, and an auto-brightness sensor.

The Omen 16 will also bring improved cooling capabilities, with an additional fifth heat pipe and fourth outflow vent helping to dissipate heat at a faster pace — and more quietly at that. To further optimise performance, HP has built in an IR thermopile sensor that works with OMEN Dynamic Power within the OMEN Gaming Hub to detect real-time CPU and GPU capacity, and allocate power between the two.

The Victus by HP 16, meanwhile, is powered by up to an NVIDIA GeForce RTX 3060 or AMD Radeon RX 5500M GPU. Making its debut as an entry-level alternative, it offers options up to Intel Core i7 series processors, and an 7- or 8-core Ryzen 7 6800H alternative, along with 16GB of RAM and 512GB of SSD storage.

The 16-inch IPS screen sports a FHD resolution (1,920 x 1,080) and a 144Hz refresh rate, while the thermal set-up features a five-way airflow and four-heat pipe design to keep things cool when the action gets hot. Both the Victus and Omen models will ship with the OMEN Gaming Hub software preinstalled for access to various settings such as Performance Mode, Network Booster, and System Vitals.

The Omen 16 and Victus by HP 16 gaming laptops are now available on the official HP website at a starting promotional price of S$2,199 and S$1,599 respectively. 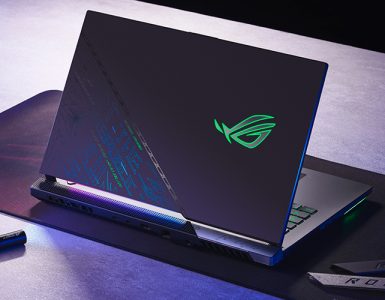 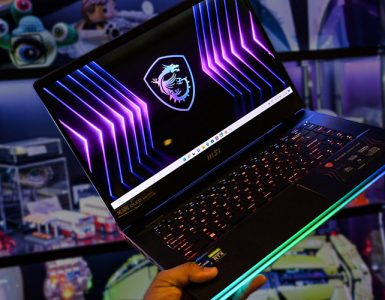 This beast has enough juice to run most AAA games today on the highest settings.