Here’s A First Look At The New Tune Squad Jersey For Space Jam: A New Legacy

It’s truly time for a new era with Space Jam: A New Legacy with the unveiling of the official jersey for the movie.

When the OG Tune Squad kit worn by Michael Jordan back in 1996 rolled out, it was truly a timeless piece, with the Looney Tunes swirl centered on the top, and it still looks great even today. Compared to that, the new jersey worn by new lead star LeBron James offers a more cartoonish take on the jersey (via Uninterrupted on Twitter), and may take some getting used to, depending on your preference.

The jersey, shown above, sports a predominantly light blue kit sporting the Looney Tunes swirl, but this time skewed to the side and enlarged to cover both the top and shorts. Tune Squad logo, still centered on the top, uses a much bolder and more aggressive font that makes it stand out against the light blue and swirl. The Nike logo and another unidentified logo adorn the shoulder areas of the jersey.

Already, the Internet is divided on how the new jersey looks:

We still have yet to hear from Bugs Bunny and Co., though, so hopefully they’ll take to the new colours well.

Whether this new jersey is a cop or drop for you, it’s here to stay. We still have yet to see what the story details and an official release date for Space Jam: A New Legacy are, though, so stay tuned for that.

Space Jam: A New Legacy will release in theatres sometime in 2021. 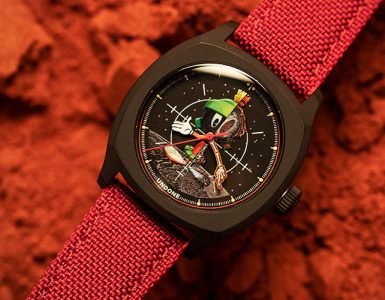 UNDONE has outdone themselves with these Looney "humerus" designs.