Google has just launched its newest additions to the Pixel series today, the Google Pixel 3a and 3a XL (read our review). They were designed as a mid-range, and more affordable, alternative to the Pixel 3. The Pixel 3a costs S$659, while the Pixel 3a XL costs S$779, a big decrease from the Pixel 3 which costs S$1,249.

Aside from the traditional Just Black and Clearly White colour that the previous Pixel phones came in, the Pixel 3a will come in a new colour called ‘Purple-ish’. If you are wondering what is Purple-ish, it is exactly that. It’s not purple, it is just ‘Purple-ish’. This translate to a soft and extremely light lavender colour on the Pixel 3a, with a neon-yellow power button. The lavender is so light that it can be mistaken for white. The Purple-ish colour is only really obvious when placed against objects that are actually white.

The Pixel 3a and 3a XL use a Snapdragon 670 CPU processor which is a definite downgrade from the more powerful Snapdragon 845 processor in the Pixel 3 and 3 XL. Aside from the Pixel 3a having half the number of high-performance CPU cores (two) than the Pixel 3, it also uses the Adreno 615 GPU  which makes the Pixel 3a unsuitable for any intensive gaming. No more running Fortnite on ‘high’ settings.

The Pixel 3a comes with an OLED FHD+ display compared to the UHD OLED display on the Pixel 3 and 3 XL. Though the Pixel 3a comes with reduced resolution, it is frankly not noticeable when in use. Furthermore, both Pixel 3a models use Dragontrail Glass instead of the sturdier Corning’s Gorilla Glass. While the Dragontrail is definitely cheaper, it is still difficult to know how well it’ll stack up against the latest iteration of Gorilla Glass.

No Front Facing Speakers On The Bottom

That’s right, the Pixel 3a and 3a XL will not work on Google’s very own Pixel Stand, or any other wireless charging devices.

With the Pixel 3a, users will only have unlimited Google Photos uploads in high quality, not original quality. While this is not a huge deal, as you can always transfer your file via a USB cable, this service is Google’s way of making sure that their premium phones still retain some exclusive Google services.

Much like most other phones in the price range, Google has chosen to forgo having a water and dust resistance rating for the Pixel 3a and 3a XL. Google also does not recommend dropping the phone in the toilet which probably means that the 3a will not survive being submerged for any length of time.

One way Google took to save money on the Pixel 3a was to not provide any headphones in the box that came with the phone. You can always get a headphone for your Pixel 3a elsewhere!

The Pixel 3a and 3a XL are only available in a single storage configuration, at 64GB. Both phones also come with 4GB of RAM.

If you’d like to find out more about the phones, you can head on over to our reviews of the Pixel 3 and 3 XL, as well as the Pixel 3a XL. 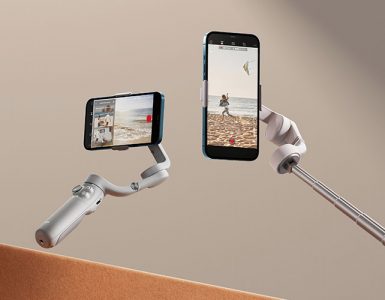 The DJI OM 5 can bring smartphones ever closer to being real cameras.