God of War is a little over a year in existence, and no love has been lost for the critically-acclaimed gaming marvel by Santa Monica Studio. Raising an icon such as Kratos is no easy feat, yet director Cory Barlog and his team have accomplished it with profound passion.

In keeping with the one year anniversary, Santa Monica Studio recently dropped a feature-length documentary, Raising Kratos, to give fans an in-depth insight into the five-year making of one of the greatest games of this generation.

The two-hour documentary is available, for free, on YouTube. In it, you’ll get a series of exclusive, never-before seen behind the scenes footage of how God of War came from script/code to fully-realised game.

There are even some interesting nuggets, such as how the game nearly never got to see the light of day, and how Santa Monica Studio managed to get out of that slump.

And of course, you’ll get to see some really raw footage of Christopher Judge a.k.a Kratos exchanging some heated-yet-heartwarming dialogue with his on-screen son, Sunny Suljic a.k.a “Boy” a.k.a Atreus.

Some of you might even go so far as to scrub through every second just to catch so much as a drop or hint of a potential God of War sequel.

Cory Barlog is, without a doubt, brimming with excitement for this documentary, and we are fully behind his enthusiasm for Raising Kratos.

For all the game and its team accomplished over the past half decade, this will be no doubt a joy to watch.

Kratos and Atreus returns to a chilly reception in the Nine Realms. 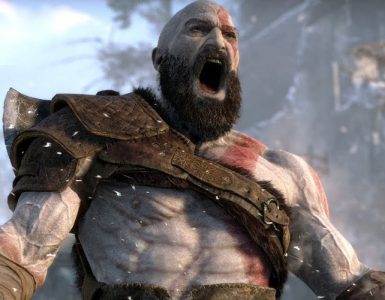