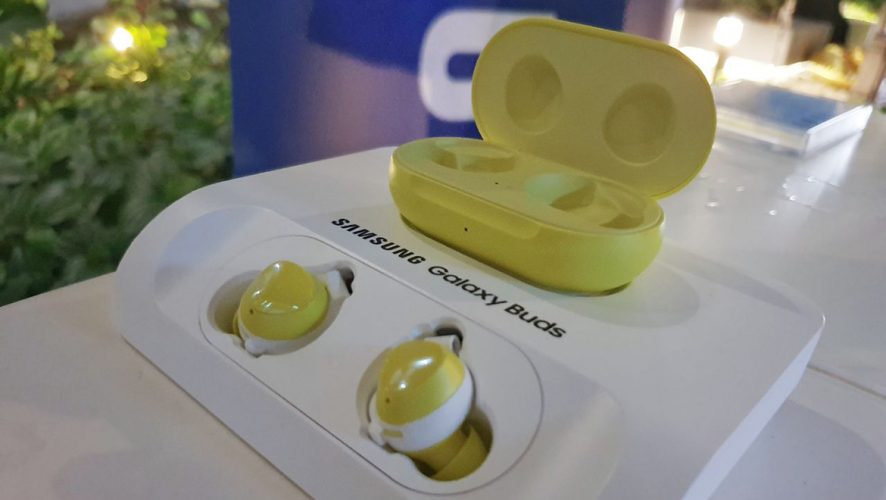 For the resident gym-goer, fitness enthusiast, or active individual, going for a regular workout is but business as usual. For others, it can be a once-in-the-blue-moon activity, a less-regular-yet-reasonable regime, or simply a non-existent word in their dictionary – either way, the evening of March 5, 2019 saw invited guests of various fitness levels bouncing to thumping, fast-paced beats on trampolines in the confines of Bouncefit. 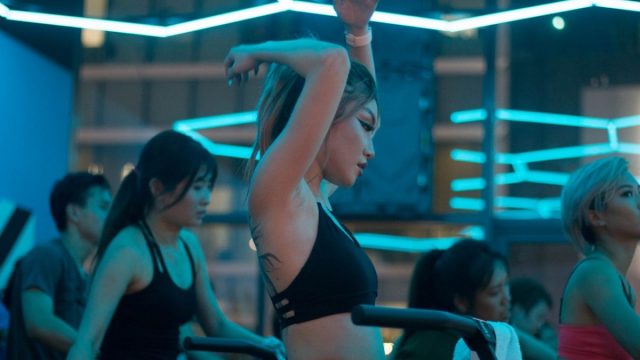 It was an apt live demonstration of the Samsung Watch Active’s technological prowess, which will be coming to local shores on March 8, 2019. Held as part of the exclusive launch party led by Samsung in partnership with Bouncefit, the 30-minute demo session sure made for an exhausting yet exhilarating time, despite its brevity.

As with most sports watches, the Samsung Watch Active is light. Unlike the other contenders, however, it’s unusually, surprisingly lightweight – even by smartwatch standards – that makes it a comfortable delight to wear. While sweating it out on the trampoline, only a slight tugging sensation could be felt, alongside the occasional slide down the wrist; outside of that, it’s easy to forget that the smartwatch is being worn. 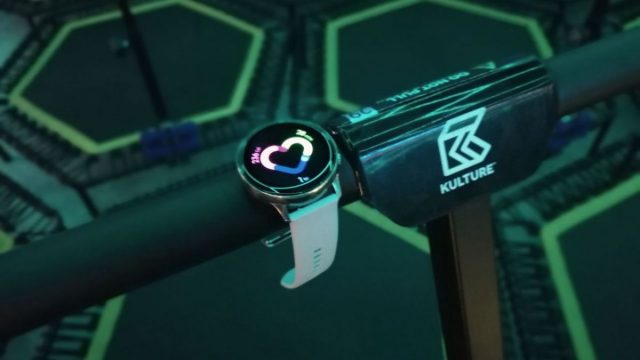 In action, it gives off promising first impressions. Building on existing Samsung wearable technology, the newest kid on the block is equipped with optical heart rate sensors on the back to calculate calorie count, and constantly monitor the user’s heart rate. As the exercises increased in intensity, it was observed that the watch could easily track the change in heart and breathing rates, as well as provide breathing exercises for regulation. It’s a handy feature, especially when it comes to fast-paced activities like HIIT, because pacing and breathing techniques are extremely crucial in such cases.

There are some notable changes to the Samsung Watch Active in comparison to its predecessors. The rotating bezel is now swapped out for touchscreen navigation, which means users will have to swipe to find their desired feature – a lil’ of a bummer, but at least it’s fast and responsive. The first-ever addition to a Samsung wearable, the smartwatch comes fitted with the ability to monitor blood pressure, too, so those experiencing related health issues can definitely stand to benefit. 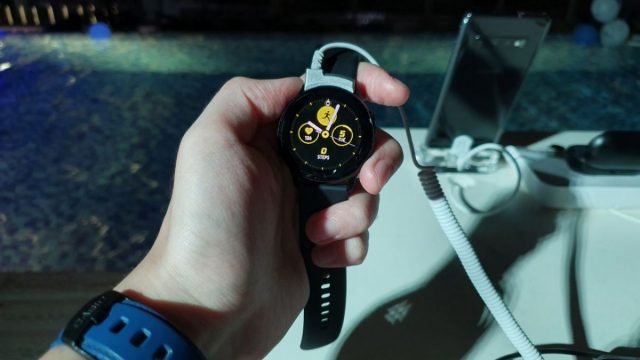 Other features worthy of attention include the automatic detection of six different sports without manual adjustments, the capacity to track sleep quality and duration, and installing third-party apps such as Under Armour to track activity, or music apps like Spotify for those extra, pumped-up beats. 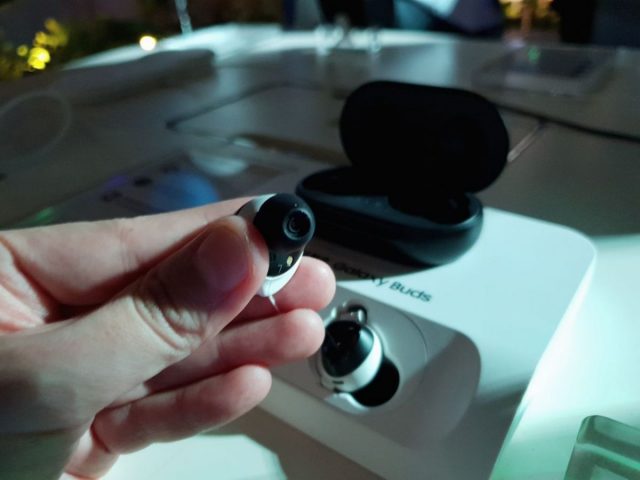 Meanwhile, the Samsung Buds appear to be a highly probable contender to other premium wireless choices in the market, including the Jabra Elite 65t. While there wasn’t much time to take them out for a full spin, the general impression gathered is that the earbuds score really well in the comfort department, boasting a lightweight body, and fitted with snug rubber earfins and soft silicone eartips. It’s a welcome, nifty implementation – Apple’s AirPod, without these elements, can be slightly hard on the ears during long listening sessions, while the Jabra member feels heavier.

Sound quality, after a quick hands-on session with a default playlist in the accompaning displayed Samsung S10, seems to take on gentler, warmer tones, while leaning away from harsh, tinny audio. From the one or two songs chosen for the test ride, the bass doesn’t appear to be particularly strong, and instead have a sort of mellow, breezy quality to it, though that remains to be seen beyond a 10-minute trial. 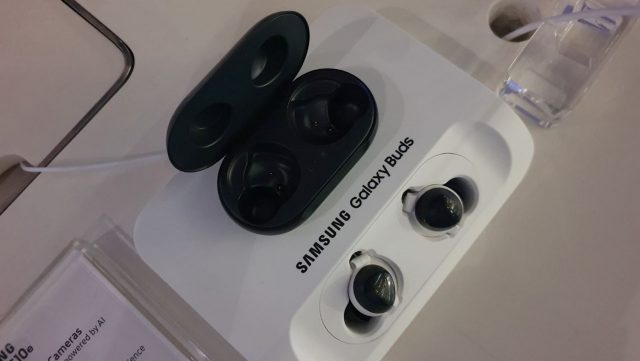 The team has clearly put some thought into safety, design, and practicality. One of the prominent features is the ‘Find my earbuds’ mechanic that will certainly be appreciated by users, particularly those more prone to being scatter-brained or forgetful. With the Ambient Sound mode, it’s possible to still tune into the outside world without removing the earbuds, such that one remains aware of the immediate environment – especially important when it comes to road safety. Also observed is the stable Bluetooth connection of the Samsung Buds, but once again, prolonged usage will prove to be more accurate than this short session.

Where the Samsung Watch Active is due to arrive March 8, its wireless audio counterpart is primed to release around two weeks later on March 30. Both products show great promise, and may even be able to go head-to-head with any contender out there. Should Samsung continue to improve upon this technology, they might just become the new favourite of sports enthusiasts…or not – it’s a waiting game, indeed.