This week is the launch of 2019’s most highly-anticipated game yet, Death Stranding. The masterpiece by Kojima Productions is surely unparalleled in virtually any aspects, which is befitting the genius of a video game auteur such as Hideo Kojima (who’s coming down to Singapore on November 17, by the way).

The Limited Edition PS4 Pro bears all the hallmarks of Kojima’s frightfully delightful game, with the arctic white background accompanied by blotches of black handprints that drip down the top. Lining the black middle bar is the Death Stranding logo, embossed in gold, for epic effect.

Perhaps the most striking feature here is the Dualshock 4 controller, the design of which is inspired by the now-iconic BB pod. It even has the Death Stranding logo embedded on the touchbar, as well.

Arguably the star of the show here is the Collector’s Edition, which is the noticeably bulkier of the two. Right out of the box is a 1:1-scale Bridges cargo case, which contains a couple of interesting goodies, both digital and physical.

The minifigure, then, can be affixed to what is the crown jewel of the Collector’s Edition – a 1:1-scale BB pod. We’ll let the video above and the pictures here speak for itself for the BB pod.

Whether you’ve pre-ordered the Limited Edition PS4 Pro, or the Collector’s Edition, either are still the perfect way to celebrate Death Stranding when it comes out on November 8, 2019. 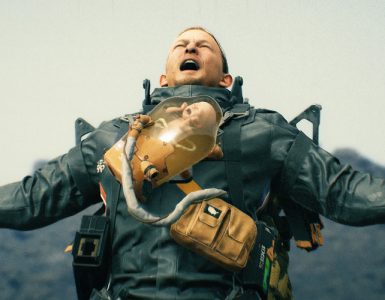