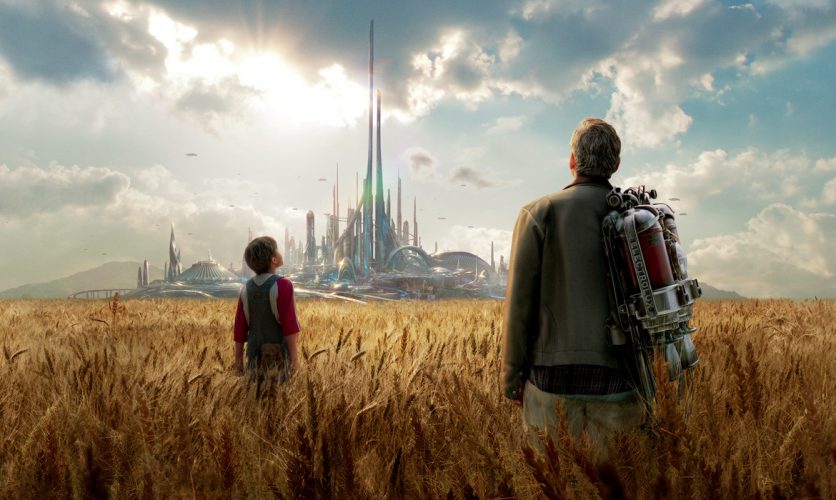 And Brad Bird would be on that list, if not for Tomorrowland. The first time audiences heard about Tomorrowland, which is loosely based on the Disneyland theme park ride of the same name, many sci-fi and animation fans were happy. This was after all the man who directed classics like The Iron Giant and The Incredibles, and delivered amazing action and narrative in Mission Impossible: Ghost Protocol.

Surely the live-action medium suits the story premise about futurists and innovators living in an alternate pocket dimension? And Brad is not the type of director who would insert patronizing and preachy messages in his movies right?

Alas, the final product is all of this and then some. It’s not like Tomorrowland was made with the worst of intentions, but the addition of key scribe Damon Lindelof, of TV’s Lost, and cinema’s Prometheus and Star Trek Into Darkness fame certainly doesn’t help the matter. Damon has accumulated a reputation of twisting the narrative and distorting it for no good reason, and the script here clearly suffers for it. 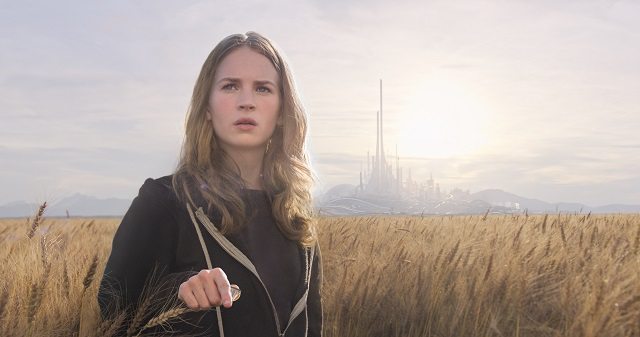 The story of Tomorrowland starts off with a boy named Frank, who joins up with the aforementioned scientists in a futuristic-looking alternate dimension. By futuristic, think about it as if it were imagined by people living in the 40s and 50s.

We are talking a mix of round-looking robots, tall skyscrapers and buildings out of the Jetsons, but surrounded by wheat fields reaching the horizon outside of the futuristic city. Such a retro style future was more recently seen in the video game franchise BioShock and the whole shebag here resembles a PG-13 version of BioShock’s Rapture (pre-destruction) built on land, with the added use of jetpacks.

But our boy Frank was too smart, and he created a doomsday-predicting device, which got him kicked out of this special Illuminati group.

Eons, or perhaps years later, we cut to the life of a young girl Casey (relative newcomer Britt Robertson), whose upbeat personality and optimism is the key to face off against the doomsday probability machine. After finding a pin that brings her to that pocket dimension, she vows to find out more about that strange, forgetten and mysterious world. Her path crosses with the now older and embittered Frank (George Clooney), and a robot futurist scout, Athena (Raffey Cassidy, who plays the role pretty much as a human, without any of the 1950s robotic tropes, such as awkward robot mannerisms to robot vocal chords).

Make no mistake, the sights and sounds of the alternate dimension depicted in the film are phenomenal, much like a theme park ride funded by a global mega-corporation with a smiley face (in this case, a hat with two comic mouse ears). Cynicism aside, it’s hard not to enjoy getting swept up by its pleasant visage and visual action that follows.

Stand-out moments include a literal flight of fancy across Paris, anything involving robots, an exposition bit starring one half of comedic duo Key & Peele, and anything involving the pocket dimension’s outdoors, wheat field and all. 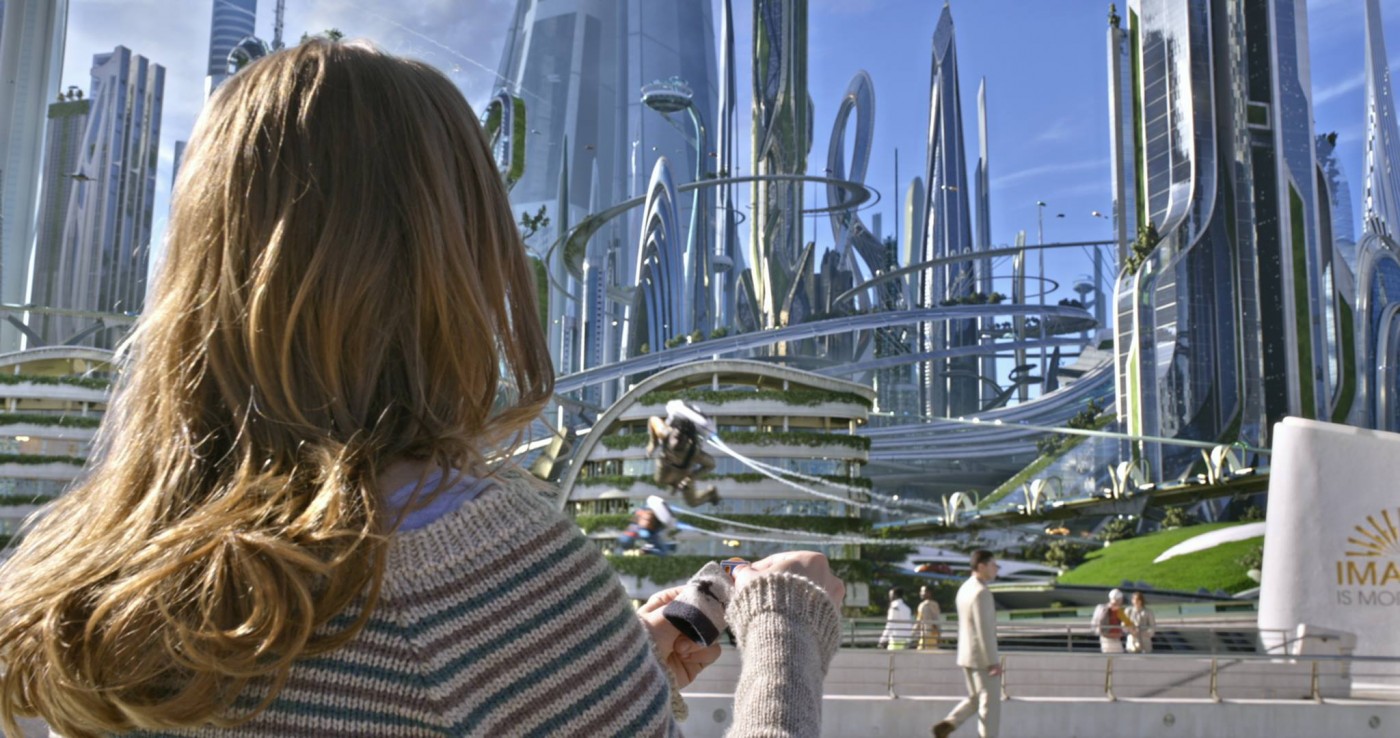 Sci-fi fans with a fascination towards ray guns and retro art-deco future tools of destruction/creation will feel warm and fuzzy all inside, seeing key scenes made because,”Hey, let’s show off all these wondrous gadgets in these context-establishing scenes, because we have a Disney budget.” And if you love your main characters with a good mix of enthusiasm and angst, the duo of Casey and Frank, alongside Athena play off each other very well.

But the film’s ultimate disconnect with the audience likes with Lindelof’s poor scripting, and Bird should have known better. Tomorrowland is basically an all-ages, end-of-the-world film crafted by the duo that does not deliver a satisfying conclusion. The film goes all hard and fast on the first and second act, but falls back to a flaccid third-act, despite actually having a good villain monologue that challenges the perception of the heroes.

The first two-thirds of the film is a great mish-mash of light techno-conspiracy thriller, mixed with Men in Black and a healthy dose of Philip K. Dick’s written work. But the ending gets bogged down by a level of sermonizing that focuses too much on hope and despair.

Without treading further into spoiler territory, I would say that the third act drastically switches the spotlight and moment of closure to the wrong character. While this does not kill the film’s mood, it does leave a sour impression.

There was a line blurted out by Frank early on in the film, when Casey was being her optimistic and inquisitive self, who asked, “Do I have to explain everything?” Tomorrowland should have heeded its own advice at the end.

You won’t be let down by what the movie trying to achieve – a bright sci-fi thrill ride, mixed with a hopeful message. Mostly.