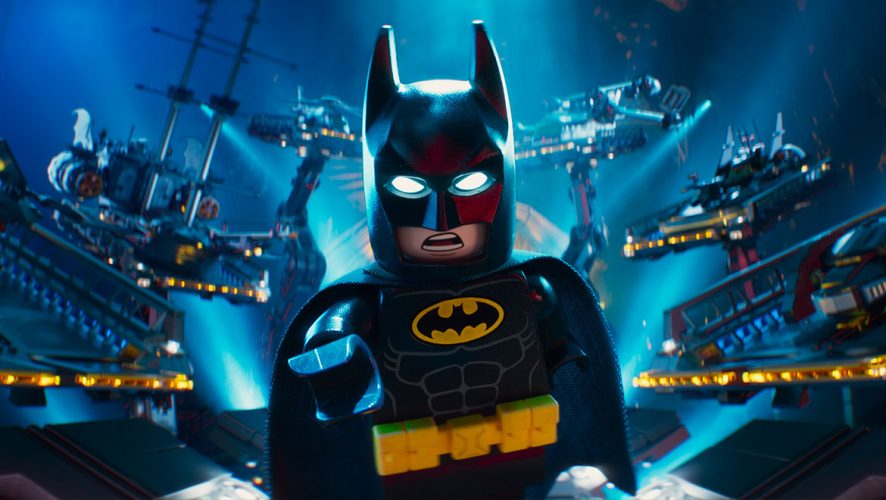 What makes Batman tick? That’s the very essence of every high profile major Batman storyline released since Frank Miller’s The Dark Knight Returns, and this includes the movies, cartoon, video game and comic.

Some, such as Alan Moore’s definitive The Killing Joke, The Dark Knight Returns, and Christopher Nolan’s Dark Knight Trilogy, boil down to Batman’s very essence as a vigilante, crimefighter, vengeful spirit and detective, to tell an aspect of The Dark Knight Detective. In some instances, the need to adhere to the Batman mythos forced them to grudgingly introduce partners in crime, which explains Carrie Kelly and Robin John Blake.

In other instances though, the distillation of Batman’s essence is not quite successful, such as the case of Martha from Batman v Superman: Dawn of Justice, or the Goddamn Batman from Miller’s derided sequel/prequel to The Dark Knight Returns, All-Star Batman and Robin.

But who would have thought that The Lego Batman Movie, with its silly toy-selling premise and focus on absurdity, would be another masterful thesis on The Caped Crusader that not only focuses on his extended family, but also manages to dip into the character’s rich history, to bring us the most fun and dynamic Batman to ever hit the big screen.

Instead of dumping Batman’s rich cast of supporting characters, first-time feature film director Chris McKay embraces all of them from Robin, Batgirl and Alfred, to villains such as the Joker, Penguin, Catwoman, and even obscure ones including Condiment King (don’t ask). He’ll also be known as the guy who made everyone laugh by showing Batman heating up Lobster Thermidor in a microwave oven.

In fact, it is Batman who seems unwilling to accept that he needs company and the idea of his fear of abandonment is what drives the film. Along the way McKay does his best to shove in mentions of extended characters from the DC (Lego) Universe, and the result is a laugh a minute film that interjects jokes into every other scene. Some, such as the constant references to Batman’s abs don’t really work, but others, including a hilarious poke at last year’s live-action Suicide Squad, are brilliantly executed.

And if you’re a fan of Superman, watch out for the classic use of the pre-Crisis Phantom Zone projector, as well as the use of John William’s iconic and one true Superman theme song.

The Lego Batman Movie is not trying to be a copy of the highly successful The Lego Movie though in terms of tone or irreverence. Instead, it is merely trying to be an awesome Batman story, one which embraces its rich history with callbacks to every Batman live action outing ever made, from the movies, to the camp of Adam West, as well as the black and white serials of Lewis Wilson.

And because it is Lego, such references do not seem out of place, and in fact adds to the strength of the movie. In fact, the first 15 minutes of the film, which has Batman single handedly defeat almost everyone in his rogues gallery, is already a segment worthy of the Repeat function on your content player.
Like Kevin Conroy, arguably the most iconic depiction of Batman in the last 30 years, Will Arnett’s version here will probably not win him global recognition outside of geekdom, but he plays a very one-dimensional Batman, which is exactly what the movie needs.

The Lego Batman Movie has actually been crafted for two groups of audiences. The premise of making Batman recognise that he has a relationship of sorts with his rogues, especially Zach Galiafinakis’ Joker, is a simple tale that will win the hearts of the younger audience.

Yes, older fans will have some difficulty dropping the notion of the chaos that the Clown Prince of Crime brings (much like how kids love Anakin Skywalker from the animated series, while adult Star Wars fans can only conjure up the image of Darth Vader), but hey, it’s a cartoon so no one really gets hurt.

Meanwhile, the adult fans of Batman will learn to appreciate the subject matter of loneliness, family, relationships, trust and ego. And by the time Lord Voldermort and the Eye of Sauron appears (it’s Lego. Everything is awesome, and anything is possible), the only thing you’ll ever wonder is if fans will accept that this is how Batman can take them both down in a movie.

Why? Because he’s the goddamn Batman.

The Lego Batman Movie is a lighthearted take on The Dark Knight, with plenty of heart, and one that audiences deserve, even it it’s not what they need.