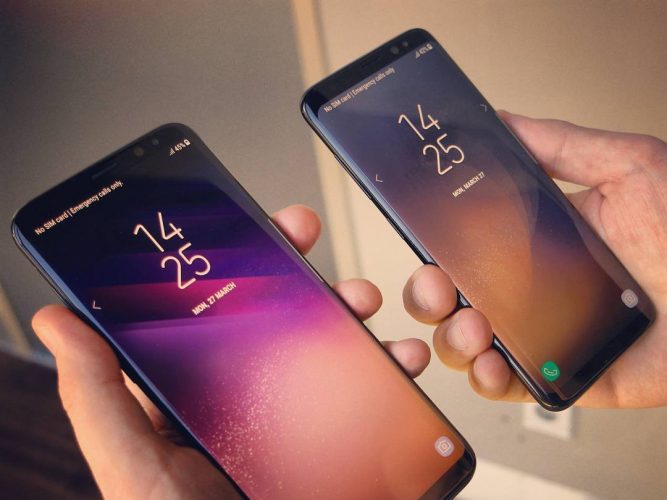 Whatever doesn’t kill makes you stronger, and no one knows this concept better than Samsung.

After a disastrous 7 months where it had to lay low after the Galaxy Note 7 debacle, the Korean tech giant has made a calculated return with the highly anticipated Samsung Galaxy S8. While the flagship was only announced in March, as with all previous phones in the Galaxy S series, the quiet march back to the limelight began in January, when the chaebol started running ads for its new 8-point battery check.

Since the fear was with the explosive battery in the Note 7, there was no point dodging the subject, so they addressed it full on.

If you stop reading this review right now and do a search for other reviews for the Galaxy S8, you’re going to find two types of reviews. The ones who will make a justification in supporting Samung with the S8 and S8+, as well as the ones who will take a more defensive stance and seek some caution.

There are only these two types of reviews because the battery issue notwithstanding, the Samsung Galaxy Note 7 was an incredible device, and that Samsung Galaxy S8 and S8+ continues that rich innovative tradition that Samsung has come to be known for.

But frankly, no one knows for sure what will happen to the battery in 2017. Chances are that Samsung took every precaution with the S8 family, but no one is going to be absolutely sure. No review, including this one, dares to take that chance.

But after having reviewed phones for the last 8 years, it is safe to say that no one, not even seasoned gadget reviewers ever get it absolutely correct.

The Xbox 360 video game console was touted as a worthy successor to Microsoft’s Xbox console, but it was only after months of use that the motherboard failure, now known as the Red Ring Of Death, struck thousands of console owners. Reviewers then had no way of knowing.

If you dial back to Apple’s iPhone 4 Antennagate, you would have read a series of rave reviews for the phone, but it took regular consumers using the phone in real world settings to recognise that there was a fundamental flaw with the device’s antenna. Again, reviewers could not have anticipated that.

Earlier this year, Apple’s Phil Schiller came out to apologise for the mistake that was the Mac Pro desktop, as it failed to perform to the expectations of the professional community that it was designed for. Yet, you would be hard pressed to find a sharply negative review of the Mac Pro (except for the high price tag) when it first came out, because reviewers did not know better then either.

Now, saying we could not have known is not an excuse for myself or my fellow gadget reviewers, but what we do know, or rather, what I do know is that the S8 and S8+ are incredible devices that set the gold standard in terms of top-of-the-line features, design and innovation.

The main difference between both devices is the size of the screen and the battery size but other then that, both phones are built using the same base specifications. This is important because unlike Apple’s iPhone 7 and iPhone 7+, which also differ in hardware performance, the S8 family of phones display the same performance.

The S8 series uses a glass body, and both phones share the same curved display. Once considered to be a innovative but impractical use of curved screens, the sharper than QHD is the most standout and noticeable thing about the phone. The curve of the screen creates an almost bezel free edge on the left and right that is unlike no other.

For some reason, Samsung has decided to also extend the display width wise, which has created a new and rather weird 18.5:9 screen ratio, instead of the usual 16:9 one.While it means that there are two noticeable black bars when video is played in horizontal mode, it also means that there is no physical space for a physical home button.

Yay, that means that the rectangular/oval button is gone but boo, what happens to Samsung’s “Tap the home button twice to activate the camera”? Well, users now have to get used to tapping the Power button, located at the right edge of the device.

On the left edge is the Volume control button, as well as the button for the all new Bixby smart AI phone assistant. You might know the concept as another name though, as Apple calls theirs Siri, Amazon calls it Alexa and Google simply calls it Assistant. What it means is that there is now a new virtual assistant in play, trying to use software intelligence to predict a user’s needs in terms of popular apps use, extracting of information and displaying of contextual data.

The bad part, other than the fact that it takes several weeks or months of use before it will “learn” a user’s unique needs? Samsung has announced Bixby and released it as part of the S8 family, but it will not enable voice control for Bixby until a software update is made available somewhere down the line.

Given that voice control is the very thing that Samsung and all virtual assistants offer, this seems like a rather huge misstep. For now, Bixby can show information cards from pre-selected apps but if you want more integrated apps, the majority of them are Samsung’s very own apps, as well as a handful of third party ones including Uber, Twitter and Foursquare.

As this is an incomplete version of a feature, I will hold off talking about its pros and cons until a full version is made available. That said, Google Assistant still works so it’s not as if phone owners will be left without virtual help. 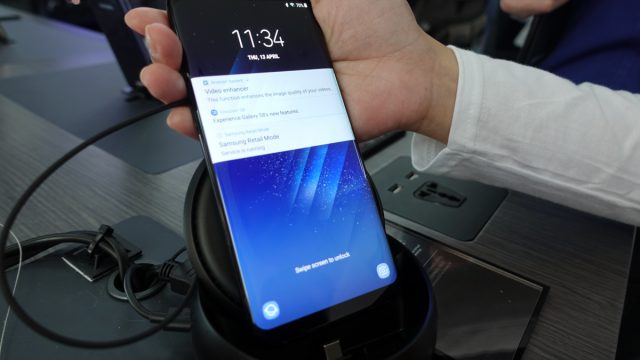 Another touted feature is the DeX feature that allows the phone to be docked to a special workstation, for it to be turned into a mini computer when linked to a keyboard and monitor. This supposedly mirrors many of the basic computer functions such as word processing, web surfing and content streaming. The only catch? The dock is a separate accessory that will only be available much later, so there’s no way to test that out either. 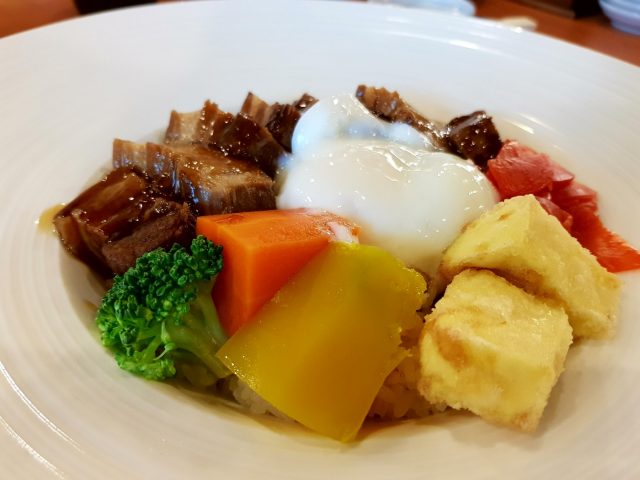 That said, the most important feature of any phone would be the camera and this one does not disappoint. The camera on the Note 7 was already impressive enough, and it’s implementation here is amazing. The camera continues to snap photos with amazing colours and brilliance, trumping every other camera currently in the market in terms of speed and reliability. 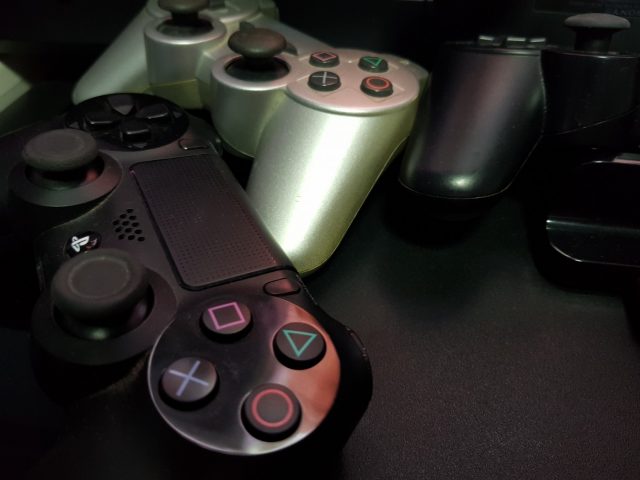 Another great feature I have come to depend on is the new facial recognition. This differs from the iris recognition feature introduced in the Note 7, which is still here, and both register a user’s unique identification mark, to unlock the phone. But my inclination towards it is not because it’s so good that I don’t want to use any other security, but rather, it is because I cannot.

In its infinite wisdom after removing the physical Home button from the front, where the biometric sensor used to sit, Samsung decided to be like LG and Xiaomi, and place the finger sensor at the rear of the device. But unlike those guys who place the sensor dead centre and away from anything else, the rear sensor here is off to one side, where it flanks the camera lens. On the other side is the phone’s camera.

With such a placement, my finger automatically aims for the camera, which is located dead centre. It is only after constant realisation that the screen does nothing do I realise that my finger is in the wrong place, so I move. After a while, I realise that that I am also smudging the camera lens so while I am not conscious about placing my finger to the side, I also am consciously trying to avoid dirtying the sensor. This makes my finger movement less than natural, and it is somehow easier to unlock my phone with my face than with my finger.

While the placement of the sensor beside the camera and flash in a row is aesthetically pleasing, here’s hoping that the designers will choose to move it later this year with the upcoming Samsung Galaxy Note 8.

The Samsung Galaxy S8+, and S8, are now the Android phones to beat. Their design and features make it the envy of every phone maker out there, including Apple, while its camera is now the undisputed champion. If there’s any phone that is close to perfection, the S8 family comes the closest to anything out there in the market.

These crazy guys from Tech360 are currently livestreaming 4K video on the Galaxy S8 to see how far they can push the device, so far looks all fine and dandy –

The big question is, should you wait before committing to the Samsung Galaxy S8? Samsung has returned with a vengeance with a pretty impressive phone, so the bigger question is, what are you waiting for?