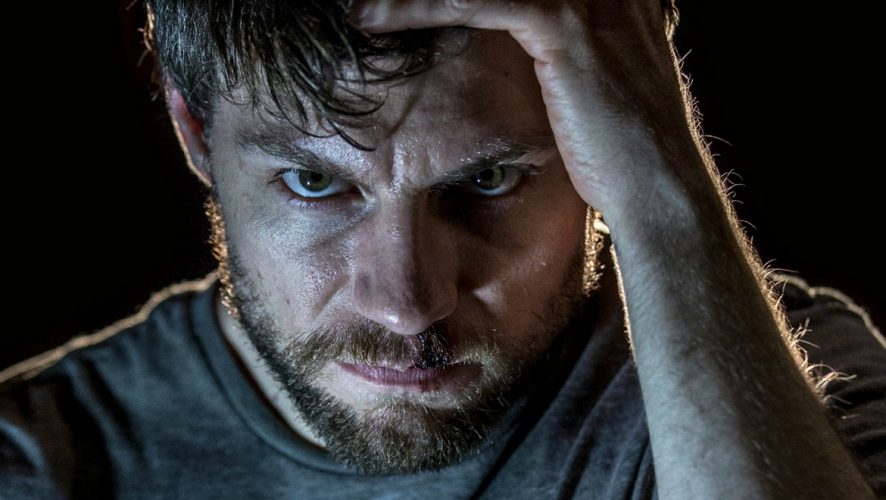 Robert Kirkman’s Outcast is a tricky sell. The horror comic series by the creator of The Walking Dead and Invincible is a huge departure from the creator’s work, but as his second comic-turned-TV series, it will definitely draw comparisons to AMC’s highly regarded The Walking Dead. That said, The Walking Dead has a 13 year publication history, whereas Outcast has only just started but there are elements here that make me think that horror on TV is going to be a new thing. After all, it’s amazing how the zombie genre could last in mainstream media to this date, when it was once a topic for only a niche audience.

Having watched the first episode of Kirkman’s latest TV venture, I rushed home to get hold of the comics to make comparisons if the episode was true to the source material. If you’ve been an avid follower of the Outcast comic, you can stop reading the review here as each panel was faithfully recreated on screen. I guess this is probably Kirkman flexing his clout, to ensure there are no deviations from the source material.

Fans of the series will certainly enjoy this trip if the first episode is any indicator. If you loved the comic book, you have to give Outcast a shot.

From a non-comic book fan’s point of view, the set-up feels quite familiar. Small town, a solo reverend, creepy kids and bodily fluid expulsion. If you’ve watched anything mildly terrifying, such as It and The Exoricist, Outcast certainly draws heavily from these influences. Everything seems so familiar, but yet I am still terrified by the same trope, because it just works. Even Reverend Anderson (Philip Glenister) seemed to go full meta, by stating that in every small town he’s been, there’s always a family that’s encountering issues with the supernatural. But unlike The Exorcist, the reverend is not the main focus here, and there’s no crisis of faith. The spotlight shines on Kyle Barnes (Patrick Fugit), who appears to have the powers to fend off any demonic entity, having successfully done so with his own possessed Mother as a kid. While Kyle’s encounter with the supernatural could be attributed with child abuse by his Mom as a kid, you could sense that Kyle was able to gain vindication when Reverend Anderson seeks him out for assistance. What makes it creepy is that the first supernatural entity he meets as an adult knows his name, and openly taunts Kyle. It is as though the demons have a club of sorts, where they trade notes. As far as the episode goes, we establish that Kyle is the “Outcast” and more will be revealed as we go along. Not quite Buffy or Supernatural, though the team-up connection is hard to shake, Outcast has Kyle and the Reverend Anderson seek out who’s pulling the strings and Kyle’s place in the entire fiasco.

Casting looks to be pretty spot on when it comes to the main characters of the show and if you were to put the actors next to their comic book renditions it would be an exact duplicate. It certainly helps that these guys look like your average Joe, and that adds to how real the entire set up could be. 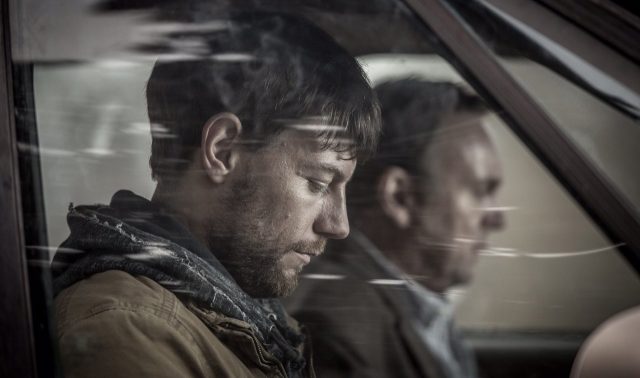 As with all new television shows, the constant worry would be if the series could maintain the exact same momentum right from the start. In increasing levels of fear, I made it to issue six before deciding that reading at my desk was too creepy, especially since I am also home alone at the moment, and you never quite know if someone is staring at you from the back. With Kirkman affirming that Outcast will be scarier than The Walking Dead, he certainly has plenty to live up to with his current fan base, and bringing new horror fans into the fold.

As a TV show, Outcast sticks close to the source material from the get go but if we’re able to see the horror translated well from print to screen Fox might have landed themselves a franchise.