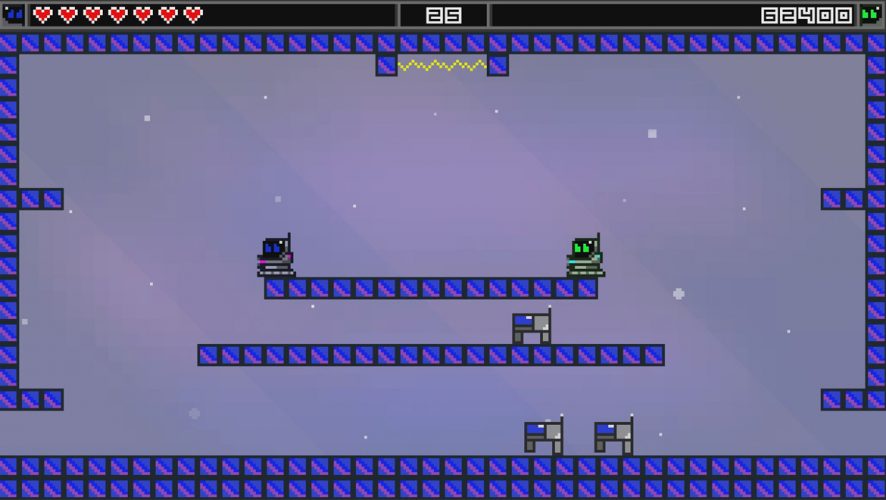 With no shortage of multiplayer games on the Nintendo Switch right now, there seems to be a trend forming. One could pick up titles where it’s mostly competitive and you end up losing friends, or the other that is co-operative and you still lose friends.

Either way, let’s hope that you have plenty of friends to cycle through for Robbotto is definitely the latter. And, thankfully, it is a pretty good game. 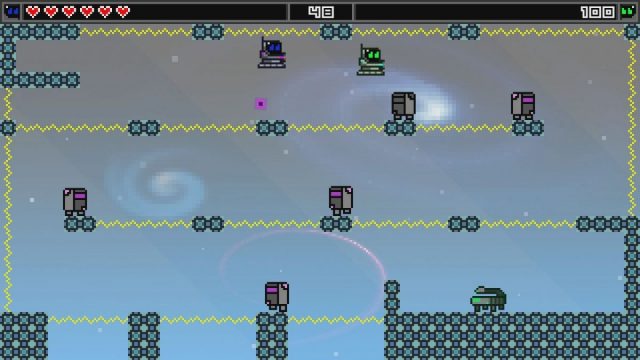 At first glance, Robbotto looks like a really simple game. Its pixel art is hardly inspiring compared to what we’ve seen in recent times but underneath its retro exterior is a game which will provide plenty of challenge especially when playing as a pair.

The premise of Robbotto is deceptively straightforward, Robb and Otto are two droids tasked to restore order to a space station gone haywire. With players armed with a singular Joy-con each to control our robot heroes, one player must initiate combat with enemy robots to stun them before your partner follows up with a well-placed water spray to finish the job. 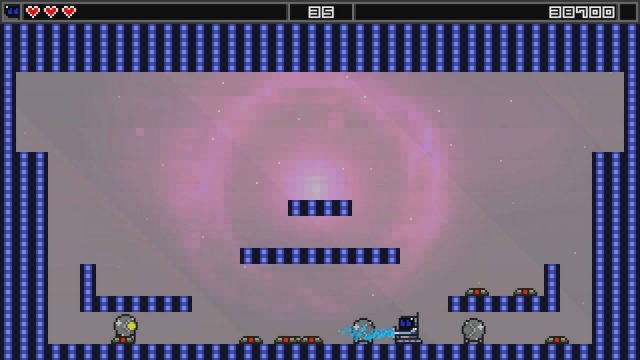 It definitely sounds easier said than done as one soon realizes that electric stuns are only temporary with diminishing returns and the limited range of the water spray requires both players to stay relatively close to each other and move in concert.

Depending on how well versed your partner is when it comes to console gaming, it soon becomes an electronic ballet where both robots need to be moving in unison around the map and mopping up enemies. There is certainly never a dull moment where levels are constantly being changed up and hazards have to be well read before making a big move. Due to the symbiotic nature of Robbotto, one solo robot is totally unable to save the day and one often stares down the face of danger hoping that your partner will quickly swoop in for the save. 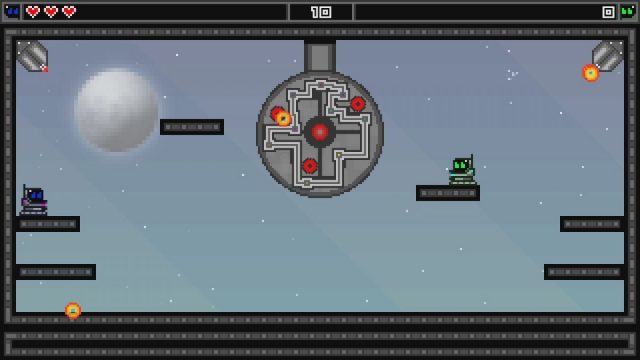 Sadly, this was not my experience, for the most part, resulting in dagger stares both ways as the game brings me and my gaming buddy back to square one after running out of lives.

Unlike modern games, Robbotto is as retro as they come. While you would be able to toggle and give yourself a generous amount of continues, once the shared life pool is depleted, it’s back to the title screen for both players. Hence, players are really as strong as their weakest link. Considering that there are 100 levels to clear, one must actually make the effort to properly memorise each level and the 20 types of enemies’ patterns in order to score a near flawless victory. 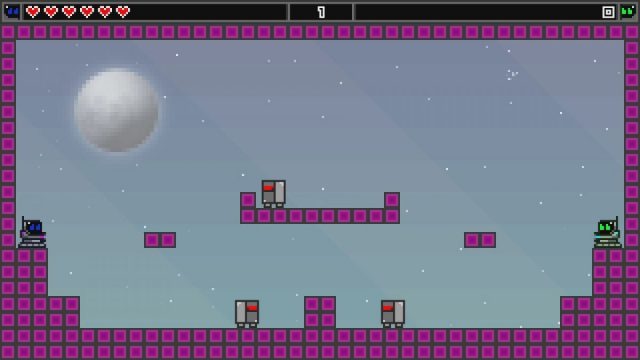 After every tenth stage, a boss level presents itself with its own unique twist for players to figure out how to defeat it. For the most part, this was by far the most enjoyable aspect of the game. However, the difficulty curve isn’t quite linear as the preceding levels do not quite equip you with the fundamentals on how to defeat the boss.

It all boils down to finger dexterity and veterans of platforming games would not break a sweat.

Having played the game both on single and multiplayer, I would still recommend the title for folks who are looking to play this along with a significant other as a test of their relationship. The single-player mode is way too easy considering that your robot is pretty much able to bulldoze through all the content with little difficulty. 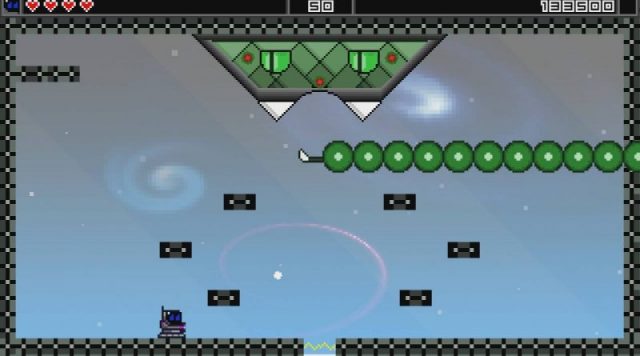 Considering its low price tag, Robbotto is a solid addition to your Switch library so even if you hate it that much, it didn’t burn too big a hole in your wallet.

Robbotto is available on both the Nintendo eShop for US$9.99 and Steam for S$10.

With relatively floaty controls in a game that requires rather precise coordination, Robbotto is definitely all things retro gaming and will present itself as a true test in determining who is better educated in video games.