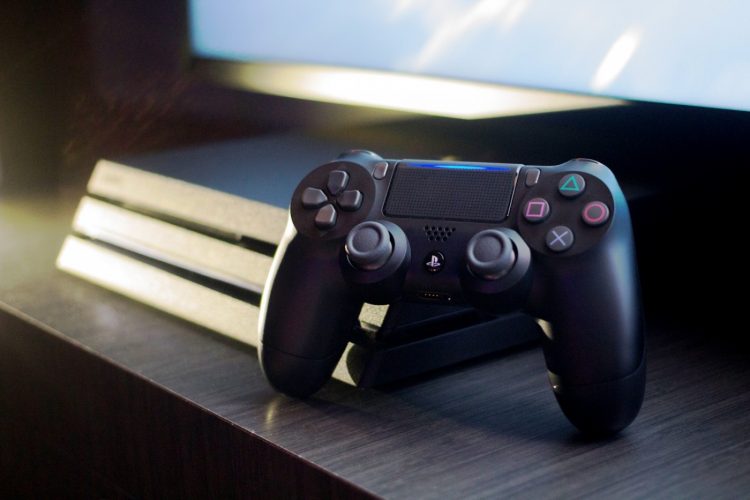 The year 2016 seems to be the year that has Sony take plenty of risks, and betting the farm on several new hardware to elevate the PlayStation brand. First came a simple redesign of the original PlayStation 4, and then gamers could enjoy virtual reality with the new PlayStation VR.

Now, Sony is breaking conventional console cycles by releasing the updated and upgraded PlayStation 4 Pro, just a few years after the PlayStation 4.

What we found is a machine that not only upgrades your console, but asks you to do the same for your display as well. If you are an early adopter of the 4K movement, the Pro will do wonders for you. Otherwise, the Pro may just be too familiar to warrant an upgrade.

Booting up the Pro, you will find little difference in terms of presentation and user experience. While it is bigger than both the PS4 Slim and the base PS4, the Pro is definitely part of the PlayStation family. The curvy lines, the gorgeous and glossy PlayStation logo, and even the weightier feel make the Pro feel like a premium product. Unfortunately, the now tiny Eject and Power buttons are ill-suited for the overall design and weirdly spaced apart. With dimensions of 295 x 327 x 55mm, the Pro also weighs in at a whopping 3.3kg (the original base PS4 is 2.1kg). Otherwise, there is little new to acclimatise to, for better or for worse.

Under the hood, the PS4 Pro is at the top of its class, as an additional 1GB of DRAM and  a second GPU makes it the superior machine. There are little changes to the underlying user interface (UI), and oddly enough, there is no support for 4K Blu-ray playback on this 4K machine. It also sports a higher-speed 802.11ac Wi-Fi band (similar to the Slim), and the quicker SATA III hard drive interface.

The Pro features an additional USB port at the back of the machine, with two in the front. It is extremely suitable for new PS VR owners who can now hook up the unit to the USB port at the back of the Pro. It keeps things neat and ensures that you have the front two USB ports free for charging cords and the like. Unlike the new, slimmer PS4, the Pro has an optical audio port as well, so audio connoisseurs can rest easy.

The new Dualshock 4 controller now displays the colour of the light bar in a small sliver of light above the touchpad. It’s also available with the new PS4. Added USB communication also lets players use either Bluetooth to connect to the console or use a USB cable.

The headliner of the Pro is the ability to output at true 4K resolution, meaning at 2160p. The results vary from game to game, and the resulting visual fidelity can be mixed. 4K outputs on native resolution titles like the recently released Skyrim Special Edition are astonishing. That’s not to say only native 4K games will fully utilise the Pro’s qualities, though, as Rise of the Tomb Raider certainly impresses at 4K, and it’s done via checkerboarding.

An upscaling technique, checkerboarding is the process of turning a 2×2 pixel block into a 4×4 block and relies upon 2 x 1080p resolution. It can also be used to achieve multiple resolutions, such as 1800p for the InFamous games. This allows games to effectively display at 4K resolution, even if they are not running the resolutions natively.

On the other hand, there are games like Deus Ex: Mankind Divided that upscales to 4K using checkerboarding and dynamic resolution scaling, a process that changes the resolution output on the fly to ensure smooth performance when frame-rates threaten to drop. The end results are not that great, with the graphical improvements hardly noticeable. It is made worse by higher framerate dips that do not plague its PS4 incarnation.

Another focal point of the Pro is the inclusion of HDR – high dynamic range. This is not the same HDR as used in photography. In television terms, HDR aims to get more details and a deeper spectrum of colours on screen, and the Pro will allow you to toggle HDR mode on/off, even if a game does not support it. It is prudent that you research if a game supports HDR before expecting a night and day improvement in visuals. The performance and resolution output of games on the Pro run the gamut, and developers will develop their own way of utilising the added power that the Pro brings. This can lead to varying degrees of success/failure that can affect the overall gaming experience, so you have been warned.

With the obvious emphasis on 4K and HDR, there are going to be obvious fears if the 1080p audience would be left behind if they do not upgrade. Does the Pro warrant a full overhaul of your displays? In the end, it depends on a game-by-game basis. Super-sampling, a method used to removing jagged and pixelated edges (aliasing), will be the standard, and even that is ultimately dependent on the original title’s anti-aliasing performance. The fidelity will once again vary, either in terms of image quality or frame-rates and while Sony requires that Pro titles and “normal” PS4 titles operate at the same frame-rate, this is evidently harder to achieve than on paper.

In this surprising early refreshing of the console hardware, it is far more certain that plenty of Pros will be hooked up to full HD TVs than 4K displays. The goal is to achieve parity, but until then, this transitional period will be hard for all of us interested in the medium. If you are able to enjoy 4K with all its pre-requisites, go ahead, otherwise, it remains a painful dilemma.

As we mentioned, Sony has launched these two new hardware options close to each other, the general consensus is that the Pro will run PS VR better. After testing out and comparing the results, the PS VR does fare better on the Pro even if the lenses are not displaying at 4K resolutions. Image quality is sharper, clearer, and games run smoother. It is definitely not the same improvement across the board, but especially for games that have been patched to support the Pro such as PS VR Worlds and Battlezone, the difference is more apparent.

The elephant in the room is the Xbox One S. The sleek redesign of the original Xbox One also offers 4K gaming, with the added ability to play Ultra HD Blu-rays. Other than an overclocked GPU, the Xbox One S upscales games to 4K with no visual fidelity improvements aside from HDR. The Pro does all that and more, with better processing performance and outputting at a higher resolution than Full HD consistently. Until the arrival of Xbox’s Project Scorpio, the Pro is the standout in terms of gaming.

The PlayStation 4 Pro is a gorgeous machine that packs more power for game developers to utilise and is a great way to future-proof for games down the pipeline. If you are currently not part of the PlayStation ecosystem and have the means to go all out for a 4K display, the Pro is the way to go, especially at a low price point of SGD$599.

For current owners who are tempted to upgrade, do so with research. At length, the Pro is a compelling piece of hardware that can display beautiful 4K results, but there is going to be a rough transitional period. This will improve over time, of course, and developers will have to wrap their heads around this technology. We can expect more in the future with the raw power of the PS4 Pro, and remain extremely excited with the Pro.